I have been working in Berlin for almost a year, and previous to that I was in London for 6 months. So that means I have not been travelling for over a year and a half. Time to do something. To Norway!

My Bicycle is in Weymouth, I am in Berlin. The bicycle needs to come to me, or I need to go to the bicycle.

I originally planned to get the plane to England, the train to Weymouth, and then get my bicycle, get the train back to London to retrieve my touring equipement (which is stashed in the basement of my brothers friend). From here I would have cycled to Calais and up the coast, into Denmark and over to Kirstsand, then, because I would already be running out of time, turn east and cycle down through Sweden. 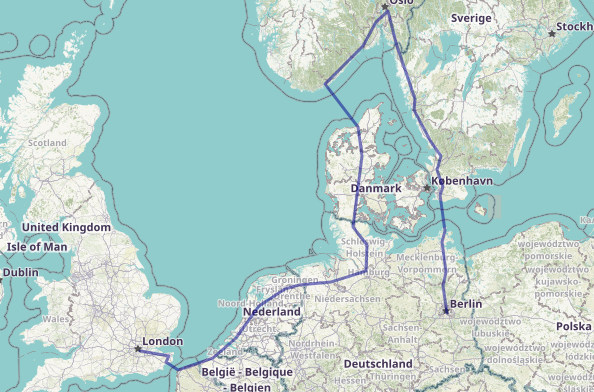 It turns out my brother is driving to Halle (Westfalen) to see a Tennis tournament next week, and he would be able to take my bicycle with him. This means that I save at least 5 days of travelling and can hopefully cycle from Halle directly north and then cycle up the west coast of Norway. 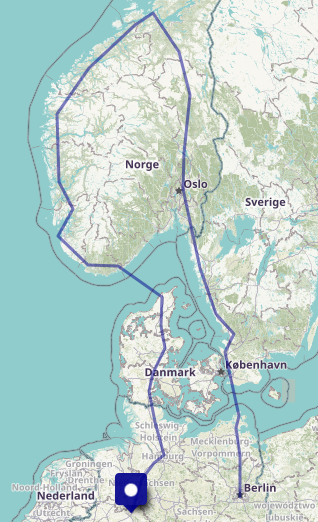 The time estimates assume 100k per day, but there will almost certainly be rest days, and 100k is an ambitious target in mountainous areas, so will see how it goes and may have to take the train.