« Mission Norway
Cyclotourist without a Cycle »

It has been decided that I will get the train to Bielefeld tomorrow. I have a ticket from Berlin (€53 direct train, 3.5 hours). There is no going back now (it’s an inflexible ticket).

My bike has been picked up from Weymouth and is being driven across England now as I write this blog. At around 19:00 hours tomorrow I should be picked up from Bielefeld station by my brother and escorted to a camp site where I will be reunited with my bike.

It has been about one and half years since I last toured. My equipment has been distributed across vast distances and some of it, seemingly lost. But luckily I still have some of the original artifacts from my first tour 8 years ago across France, including the following camping stove: 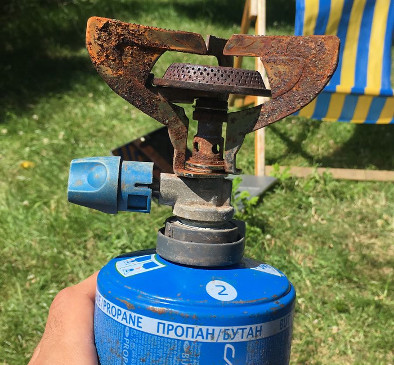 Rusted but not useless

The bike will likely need some maintenance, it wasn’t in great shape when I brought it back from France, and since then my Dad has been riding it on a daily basis, running into the ground. But it’s made of sturdy stuff (Steel actually). With new tyres, breaks and some tender-loving-care, it should be fine.

This state of my equipment in London visible are 2 of my 4 panniers, an inflatable sleeping matt, sleeping bag, tent, jacket, convertible pants, gloves, cooking equipment, first-aid kit, emergency blanket, an exploding laptop battery, cable ties, a lamp and a can of Slovakian baked beans (2014 vintage). 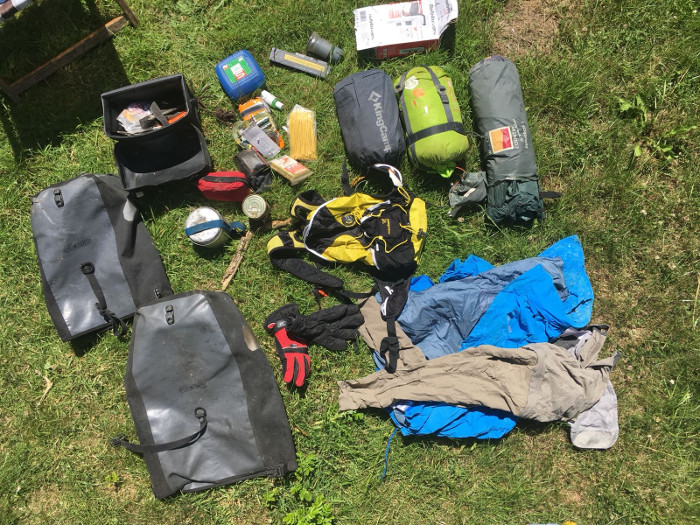 It was reported that the tent has “seen better days”, it has suffered from mold. But it was a good tent, and I think it will be fine with a new compression sack and a good airing.

The greater mystery is what happened to my other 2 panniers. The first is a known unknown: I brought it to Berlin, and it vanished when I moved to my new flat. The second, a large rear pannier, cannot be located in London or Weymouth. I have already purchased a replacement for the first from Der Auststeiger and if the other one doesn’t turn up, I will to make another visit.

The last missing item is my portable USB charger: this is an important item, as my phone is my navigation, and if it runs out of power I will probably need to talk to people.

So I will be investigating both batteries and solar power in the hours available to me tomorrow before I set off.

« Mission Norway
Cyclotourist without a Cycle »