« Lyngdal to Hague i Dalane
Stavanger to Haland »

Hague i Dalane to Stavanger

I was undecided as to whether I would stay another night at the campsite. It was a friendly, trusting, campsite and they had an area where I could work and it was a good place for running, but I also knew I couldn’t spend any time in my tent. I was woken up to an already too-hot-for-comfort tent, the sun was scorching it, and I decided to leave. 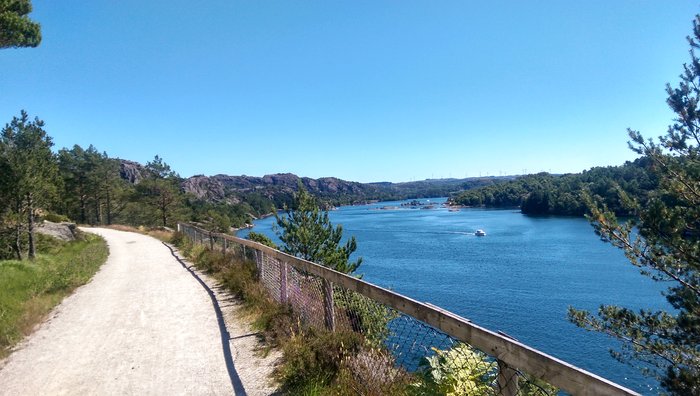 Initially I noticed that my leg was stiff from the 11 hours of cycling yesterday, but when I got back on the bike all was fine and I continued to follow the cycle path after updating this blog and paying for the camping (100kr - about €10).

I started the day with music before switching to Norwegian lessons. I did 2 or 3 today and am on lesson 9 now. It shares with German and English and throws in some more stuff. The accent and delivery sound like how people from Wales speak (to my ears). The word for two is “two” but the word for one is “et”. Lots of the words seem one step away from the English version.

In general really liking the language so far, although it, like German, has three genders, it otherwise seems quite simple so far. 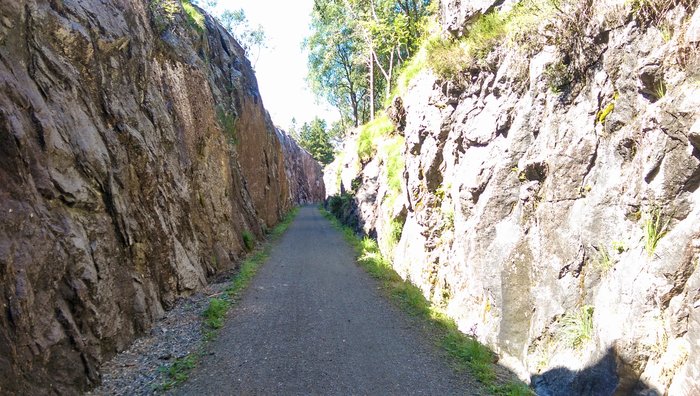 The cycle path took me across some rugged terrain during the morning, another “old road” through the country. I passed hikers and cyclists and nodded “hallo” and “hi”. I sat down for lunch in a picturesque spot.

I was cycling down one of the steep inclines and I could see it going back up like a wall at the bottom and I could see two cyclists walking their bicycles down carefully. I tried to cycle up the incline, but it takes me an awful lot of concentration and I can’t multi-task. So when I nod to people or acknowledge their presence in anyway while I’m cranking up a hill I almost inevitably end up running the wheel the wrong way and stopping. The best thing to do would be to ignore the people and concentrate on the climb, but that’s rude. I suppose I could stop at the bottom and shout up hello and announce my intentions before starting.

I lost control when I nodded at the woman walking her bike down the hill and she said she wanted to take a picture of me “Do you want me to hold your bike?” “No, I want to take a picture of you” “OK” I said, as I gingerly span my pedal back round and announced “it’s not so easy to start once you’ve stopped” I jumped on and managed to grind up the remainder of the hill the woman shouted “Bravo!” and I raised my hand in victory and fell off.

I didn’t really fall off. 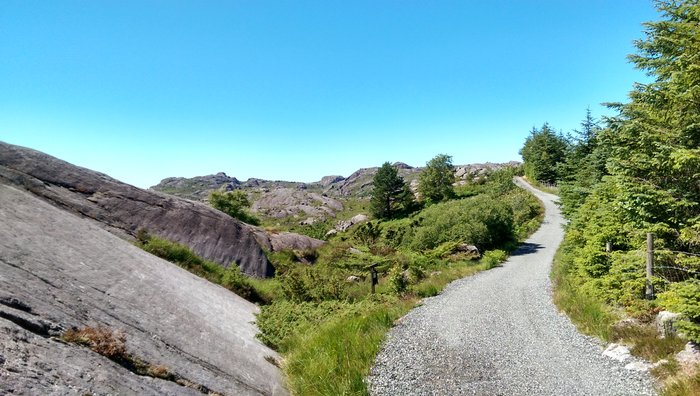 Eventually I left the trail by way of a colourful garden nursery and I had to decide where I was actually going today.

There was a campsite on the coast, and the city Stavinger inland. I discovered that there was a HI Hostel very near the city and it cost only €27 per night for a dorm (as opposed to ~€80 minimum you can expect to pay for a hotel) and I decided this could be a good time to take a rest day and do some bike maintenance.

The bike has nothing new wrong with it, but as I’ve been riding it, especially in the steep terrain, I notice that the gears are not calibrated properly, to switch up to my highest gear I need to switch down on the front and then switch back up to the middle in order that the chain is not de-railed (which happens at least twice a day).

Also my chain is dry (I forgot the lubricant) and the new breaks I put on have given way a little (probably due to me fixing the front bag’s bracket, which was too low and caused the bag to rest on the brake cables making them tighter than they should have been).

I broke off the path and started along the main road on a direct line to Stavanger. I was making good time as the wind was behind me and the terrain was flat, but it was a little disturbing when I could see beast lorries coming up behind me at speed. I eventually rejoined the cycle path and rode through 10s of kilometers of boring suburbs. 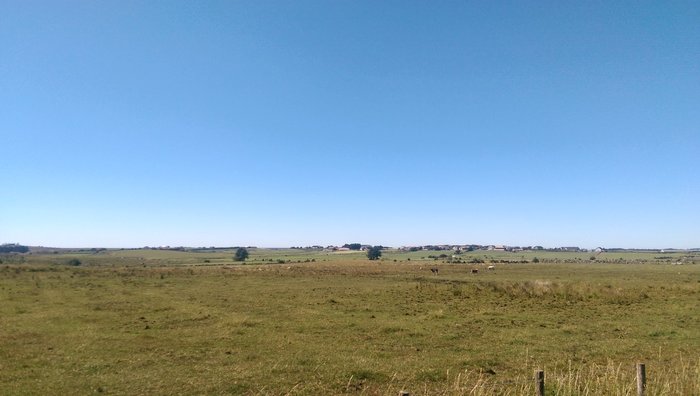 At around 80 I was exhausted, and as I closed in on my target a tendon in my right leg was causing me some minor trouble. But I pushed on, wishing that I was there already and never really felt closer to my destination until I arrived.

The hostel is quite good, the staff are friendly. I am sharing a room with a Korean called Joe (I think, I havn’t asked him where he is from) and there is a Korean (again, I think) family staying here too, and also heard at least one American. There is a piano in the main room which I might play if there is nobody around tomorrow.

Half of the hostel are now sitting in front of the television watching something called football.

« Lyngdal to Hague i Dalane
Stavanger to Haland »