It was waffle night in the hostel. It’s a hostel run for 3 summer months by students from a certain University in Chicago, there are 7 of them here and they form a “team”. During the rest of the year the facility is used for something else. It’s very sociable and friendly.

I have decided to cycle east to Oslo - I am potentially missing some very nice mountains to the north, but it’s half-time and I need to turn back. The eastern route looks good, and there are 2 cycle paths which I could take, and one claims to be “downhill all the way to Oslo”, there seem to be plenty of campsites on the road.

I slept badly last night. All of the beds were in a single room, and placed relatively close together, and the not-so-solid iron beds were stuck against each other, meaning that my neighbour turning or raising himself up in bed would cause mine to rock, and same for the person underneath me. This is a constant irritation with some hostels, and it’s always better to have solid immovable bunks. Then there was the snoring and the small blanket we were given. I’m normally sleep fine in hostels, but last night not so much.

I woke up at 7am and tried to make coffee, but I couldn’t find an Italian Coffee Maker (mine was locked up with my bike), and I didn’t really want to deplete my coffee in the filter coffee machine. Fortunately I met Colin, who was starting his second day working at the hostel. He offered to put the coffee machine on and we had a chat. I mentioned that I would run up one of the mountains today, and he said that he’d like to come along, so we would run up the biggest of the seven mountains the city is famed for: Ulriken.

I had breakfast: Boiled eggs, jam sandwich, cheese and a yoghurt. All costing only €3, exceptionally cheap for Norway. I had to Google “How to boil an egg”. I then worked on my open-source programming project for an hour before we left to run the mountain. 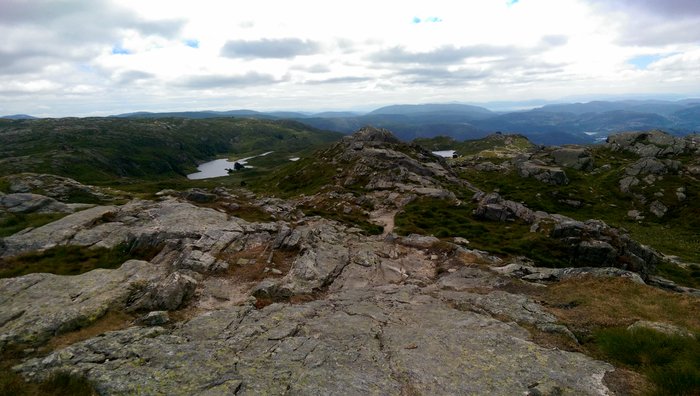 View from the TV tower

We ran in the direction of the ski lift and found the trail around 20 minutes from the hostel. We started to run up, Colin taking the lead and he was faster than me and would often pause and wait for me to catch up. I started well, but after 25 minutes started to slow down. The trail was very rocky and technical, at the bottom we ran over loose rocks and tree roots, and these gave way more to larger rocks until the trees disappeared and we made the final ascent. I scrambled on all fours up the rock faces and we made it to the top. 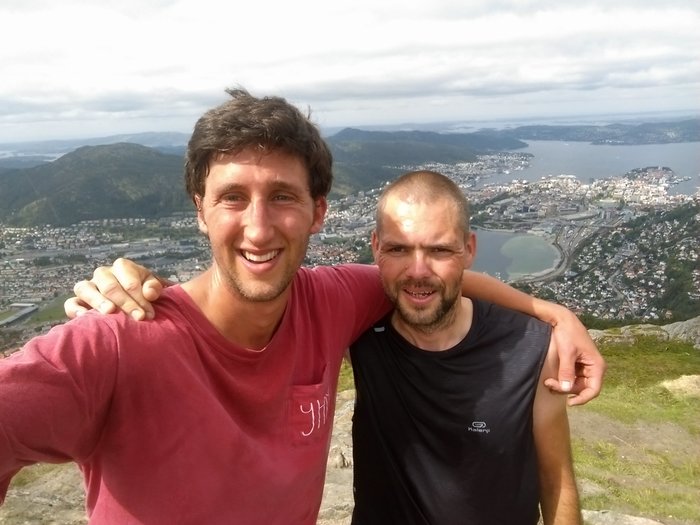 Colin and I at the TV Tower

There was a TV tower and lots of hikers and the view was good. Colin said “Shall we run to that one, it’s not very far” he pointed. I said “err, why not?”. We ran down and then started up again, the peak was Ulriken and was 680m - not that high, but we started from sea-level. 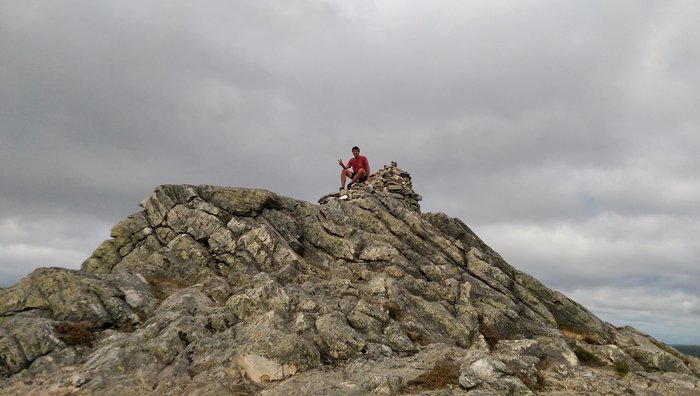 Colin by the Cairn at the top of Ulriken

The way down was fun, if not very fast, as care was required not to slip and fall over. In total I think we ran for about an hour and forty-five minutes. 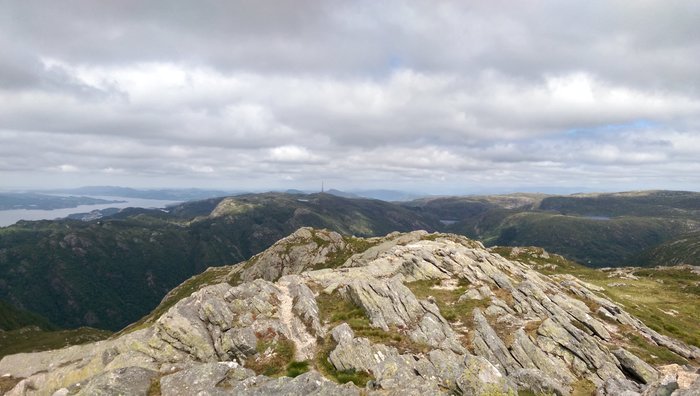