« Bergen to Ausgulen
Førde to Måløy »

The sun was shining when I crawled out of my tent and was greeted with an amazing view over the fjord. Clouds were dripping off one of the further cliffs. 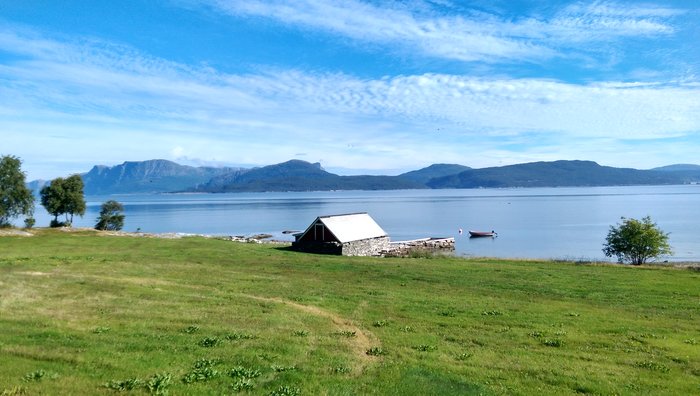 Today I would get a ferry and make prgress northwards, to Førde or Naustdal.

I rode the 13km to the ferry, and as I rode along side the fjord I could see the ferry slowly making its way over, and with a kilometer to go I knew I would catch it.

As I rode into the ferry dock there were two camper vans and their inhabitants were standing around waiting. They gave me a smile and a wave and I nodded back “hallo”. I stood and watched the ferry approach, it’s front drive-on platform opening like a mouth to consume the dock.

I waited for a mother and her children and a single car to depart the ferry and started to wheel my bike on, the ferry man said something to me “Krachella?” I said I didn’t understand and if he spoke English, he didn’t very well. “Where you go?” I pointed to where the ferry had come from.

It turned out that this Sunday ferry service wasn’t retuning to my destaintion (Rysjedalsvika) until midday - another two and half-hours. I started wondering what I could do until then - there were no other options. I scouted out the waiting room, and noticed a plug socket. At least I could sit down and work for that time.

As I walked around to fetch my bike one of the campers walked towards me “Sprechen sie Deustch? English?”. It turned out that the campers had made the same assumption as me, but their motorized transport gave them another option, to drive 25km down the coast and get a different ferry. They offered to take me along. We put my bike and myself into one of the vans and drove off.

They were two couples from Switzerland and had driven from Bern and were just freely floating north, with no particular plans. They all seemed like really nice laid-back people. They were determined today to do as little driving as possible and go for a walk, or go fishing. We crossed in the ferry, it cost 150kr for the camper van and three people.

It was 9:30 when I arrived at the first ferry port, and it was 11:00 when I arrived on the other island. At this point I had only 15km on my cycle-computer, not that it could be helped, but not an ideal number this late in the day, but the lift saved me an hour and a half and I got to meet some great people. 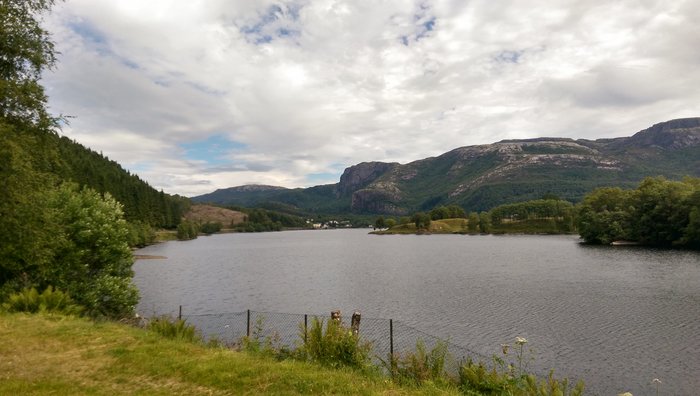 I was now at Lavik, about 15km from the original ferry port, but there was a road which cut up through the terrain and eventually rejoined my route. My route diverged from the cycle route by cutting straight over the land instead of skirting around and getting another ferry. It was faster, but I’m sure I missed some nice sights, and it would be very steep. 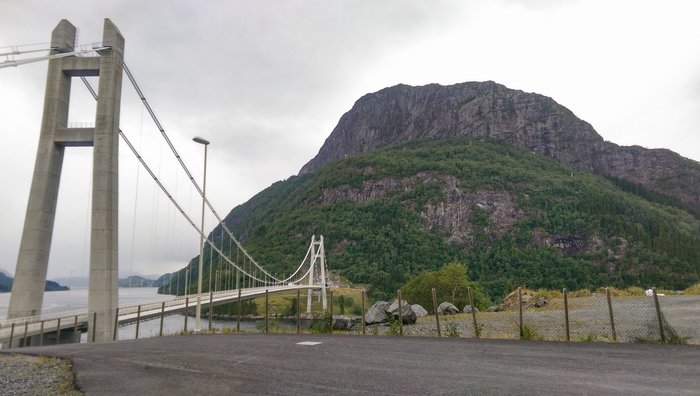 My route led me to the town of Dale, where the main road disapeared into non-cyclable tunnels, but an alternate pedestrian/cycle route was provided which was probably an old road, and had it’s own tunnels. Cycling down these tunnels was quiet eerie, as they felt abandoned somehow (but they had lights). 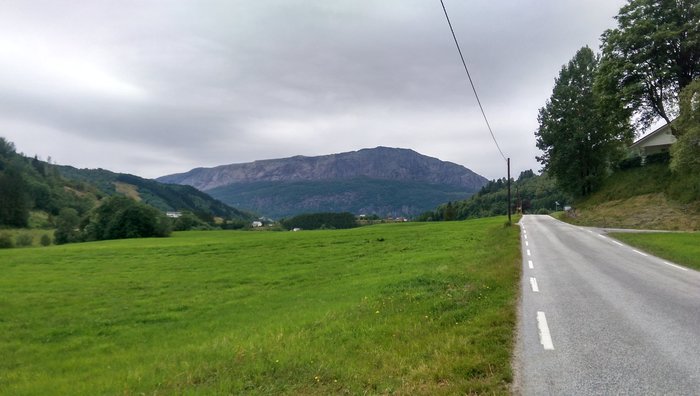 Exiting the tunnels I was riding the side of the mountain with the fjord at my left, the opposite side seemed like a sheer wall of rock, and there was a multi-streamed waterfall pouring white into the water. 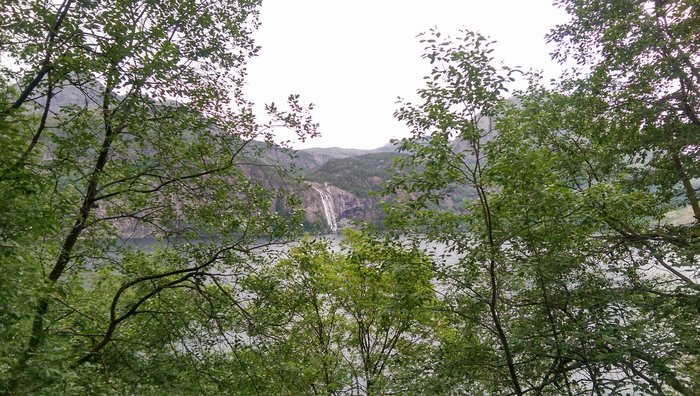 The waterfall, I need a new camera 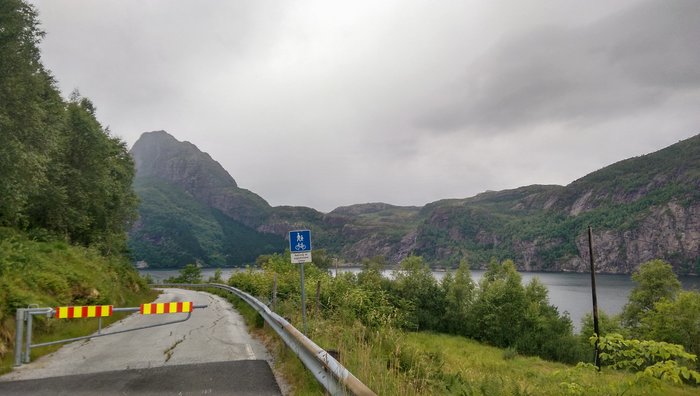 The last stretch from Dale to Førde led eventually up to a 400m high plateau - I only knew it was a plateau in retrospect, and after making the initial climb (slightly painful due to saddle sore) I was unsure if I would have to do another climb before the end of the day, but it was plain sailing on even ground before a long descent from 380m to Førde. I took the E39 main road for the last part, which was a bit unsettling due to the amount of traffic and small hard-shoulder.

It was raining when I arrived at the campsite, and still is. I’ve eaten most of my food now. It’s Sunday, so no supermarkets were open. I have nothing substantial to eat for breakfast, and my camping gas is running very low - so will try and do shopping tomorrow.

Fortunately this campsite includes Wifi in the price - and even the shower, which has cost 10kr per 5 minutes in all other campsites.

« Bergen to Ausgulen
Førde to Måløy »