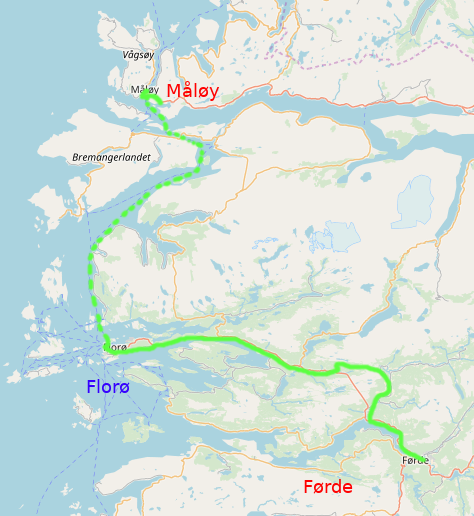 It had stopped raining when I woke up, and I slept quite well, only getting out of bed at 7:50. I ate the little remaining museli I had and had my mandatory coffee. It was the coldest it has been so far last night, and pushed the confort limits of my sleeping bag (I slept almost fully clothed).

It was monday morning and I left the campsite, I was going to go in and ask if they had any camping gaz, but there was a queue so I just left and went to the supermarket 1km down the road, and did a “big shop” buying one pack of museli, one pack of pasta, 2 cans of baked beans, a french baguette, a big bag of mixed nuts, and a separate bag of salted peanuts. Probably other things too. As I went to pay I noticed that I had stolen the shower-block card from the campsite. This was bothersome.

It was only 1km back to the campsite, and I decided it was too late to return it and carried on, it bothered me for the rest of the morning. It was only a plastic card but I didn’t know how much of an inconvenience it is to have one taken, or if I should send it back. In retrospect I should have dropped it back.

My first, and as it turns out, only, destination was Flora where I would get the ferry to Smørhamn. The first part of the route went along the (relatively) busy E5 main road. Then there was a 5km tunnel which I could not cycle down, so I had to go over the mountain. 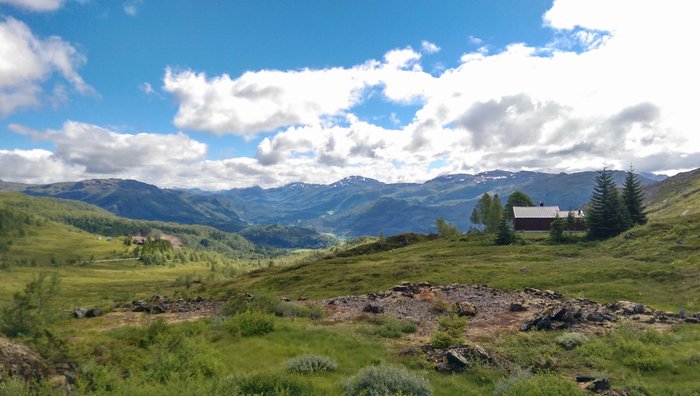 View from the top of the pass

The mountain pass was extremely quiet, not a single car passed me on the 1 hour (?) ascent. The scenery was magnificent and I could see patches of snow on the surrounding mountains. Afterwards the pass descended and rejoined the E5 which took me most of the way to Florø. 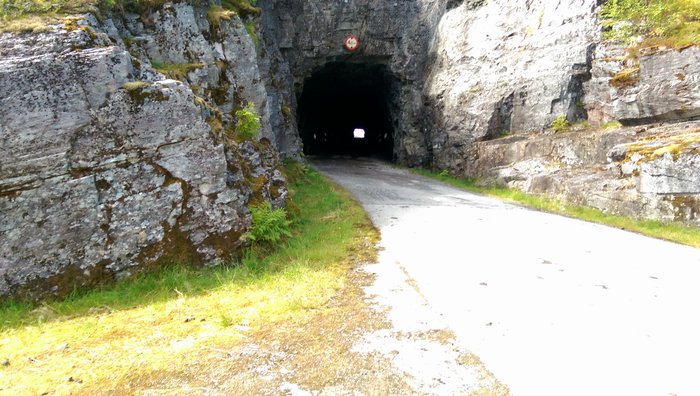 I had no idea when the ferry would leave, so I hurried straight to the ferry port. When I got there I saw lots of parked cars, some fork-lift trucks, and various administrative buildings - but nothing that I recognized as a ferry port.

Fortunately I had just passed a Tourist Information center, so I went there for advice, I was told that my boat left at 16:05, and that it also went to Måløy.

My destination was an island and I was to cycle 20km over wriggly terrain to reach another ferry port to Måloy. It would maybe be 18:30 by the time I got to the ferry port, and then I didn’t know how often they ran. 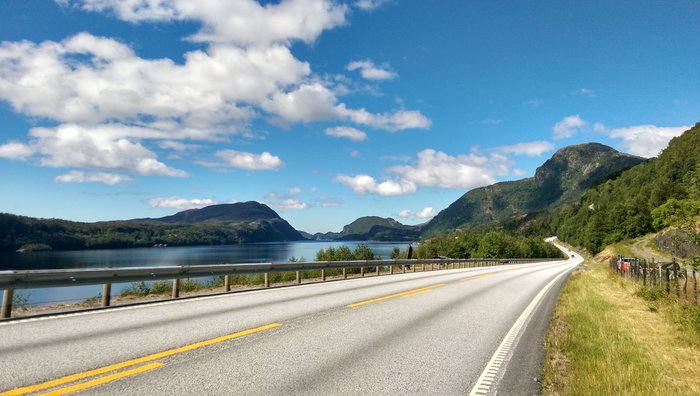 I decided to skip the island and go straight to Måløy.

At 15:40 I was at the ferry port, and I could see people waiting in a disorganized way. There were no signs that I could see indicating what was happening or what one should do. I asked two girls that were waiting as a boat pulled in “Are you waiting for a boat?” “Yes” “Is it going to Måløy?” “err, no. this one goes to the small islands, if I were you I would walk over there”, she pointed, “and ask somebody”.

I did, and the man helpfully asked his wife who confirmed that my ferry would come in at 16:05 after their ferry which came in at 16:00.

The ferries from Florø were much smaller than the “road” ferries, they had capacity for maybe 3 or 4 cars and 20 to 30 passengers.

On the ferry the ticket collector came around and I said “Måløy” - the second stop. As my first destination came into view I felt pangs of regret. I looked fantastic. The other reason I felt regret was because the ticket cost 360kr - I’m sure it would have been cheaper to stop here and cycle to the other side.

But the ferry was also a good 1.75 hour journey and the scenery was spectacular - if you like huge mountainous rock islands rising out of the sea.

When we landed there was another supermarket and I purchased another loaf of bread (the french baguette is actually pretty poor value for money, it doesn’t last long) and replacement Tobasco sauce (tragically I had left my original sauce in Bergen).

I cycled over the 1.6 bridge to the mainland (on the main road, it wasn’t busy at all). There was a camping nearby and it was around 18:00 so I decided to just settle down for the day after doing only 75km or so, having spent time waiting for and being on the ferry.

The signs for the campsite (Stienvik Camping) didn’t feature a tent (just caravan and bungalow) but I tried my luck anyway and turned off on a dead-end lane for 2km to get there - they did have camping spaces, it did cost 175kr - almost €19 - the most expensive so far.

The campsite is quite stunning however, and most of it is bungalows and caravans, the camping section is separated from the rest of it and a very well kept lawn by the sea. I am the only camper and it is very quiet. 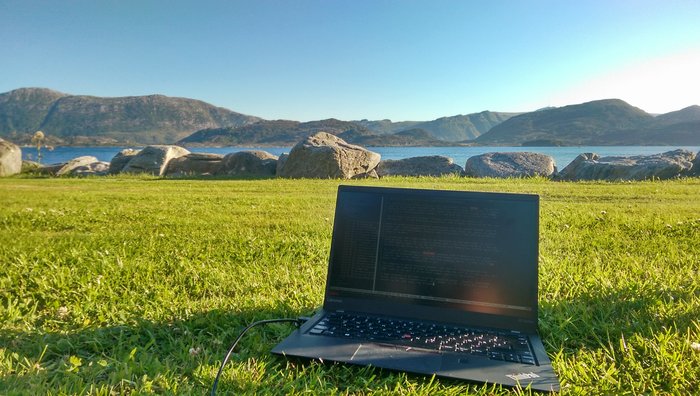 VIM by the sea

I made progress on my soup recipe by adding an onion - lentils, vegetable broth, pasta and a chopped onion, best dinner so far. I think I’m eating better on the road than I do at home.