« Førde to Måløy
Ålesund to Marmefjorden »

I think it was the coldest night so far - relative to my sleeping bag and comfort level. I didn’t sleep great and had a hard time motivating myself to get out of bed, but eventually I got out and had breakfast, did my business and left the campsite. I looked for the old man I had spoken to the previous evening who said, that if he was on reception he would show me the route to Trondheim. I knew the route of course, because I have a map, but local knowledge is always good. He wasn’t there in any case. 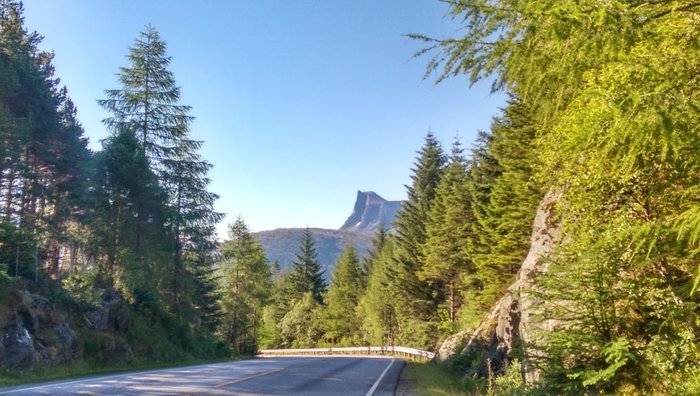 The mountains are getting bigger as I go north, today there have been two or three descents where I sped up to 50-60kmph.

I diverged again from the cycle route, preferring the more mountainous, shorter route to the longer (and presumably flatter) coastal route. But the mountain pass wasn’t so high, I measured only 280m, so in all I saved a time and kilometers. 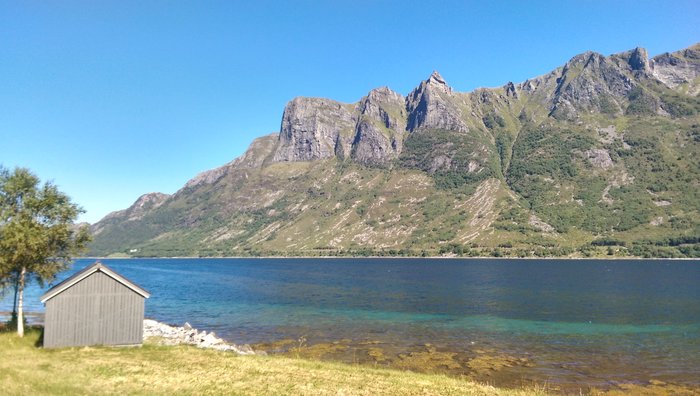 The first ferry crossing of the day was at Koparnes, when I was 2k from the port I could see the ferry docking, and I knew I had missed it, but as I closed in it was still there, and I rode as fast as I could for some distance before it pulled away. Fortunately they ran every half hour.

The port had a small cabin with a power socket, so I plugged my laptop in and worked for 20 minutes before jumping on the ferry. 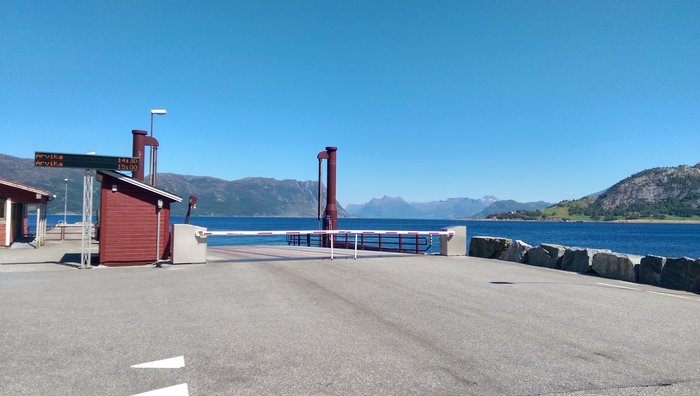 On the ferry a man came round to each car and collected the fare, but he seemed to miss me, and I had to go inside and find him to give him the fare (which was around €3.50).

The next section went across one island, and there was a bridge to the next.

My destination today was still unclear, there was a campsite on the second island, or, there was Ålesund - a largish town and tourist destination which burnt down completely in 1904 and was rebuilt from scratch.

Ålesund was a bit further away, and if I couldn’t get a direct ferry I would need to cycle an additional 25.

Looking at the map, the campsite I had considered was up a 10km dead end, so I would effectively lose 10km the next day, this wasn’t really an option, so I headed to the ferry port. Best case I could get a direct ferry to Ålesund, worst case I would have to cycle the extra distance or wild camp.

When I got to the ferry port at Hareid there were road signs to Ålesund, which I couldn’t really understand. There was a regular car ferry, and I asked some people at the port if it went to Ålesund, and they said it did - but I think they misunderstood me, as when I boarded the ferry and asked a worker, he said I should get off and get the speed boat to the right.

There was a waiting area, but I couldn’t see any indication that it was for Ålesund, and I asked several people until I understood that the boat would get in at 19:00. 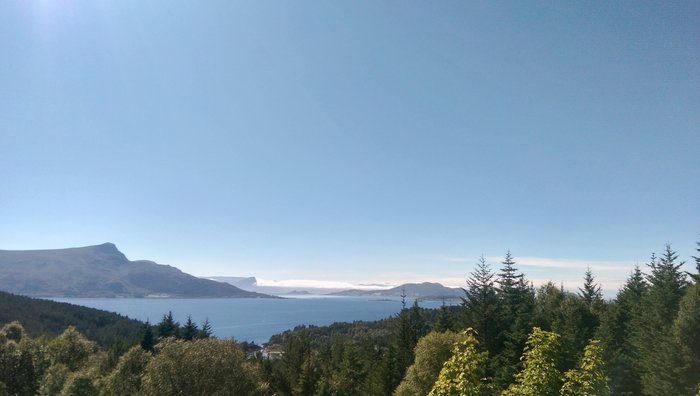 The boat didn’t cost much, and only took 25 minutes to get to its destination and it was passengers only (no cars).

In the town I made my way straight to the campsite, there was a Youth Hostel on the way, but when I asked inside, they had no beds.

When I arrived at the campsite, the man said that they were full, but I could try and squeeze my tent in front of the reception, by the road, or in the regular tent place if there is space. It is apparently a very busy time.

Despite him saying that the regular tent place was full, there was ample space for my tent and bike. They had a kitchen, and I just purchased a shower token for 10kr (I didn’t shower last night because of the fee). 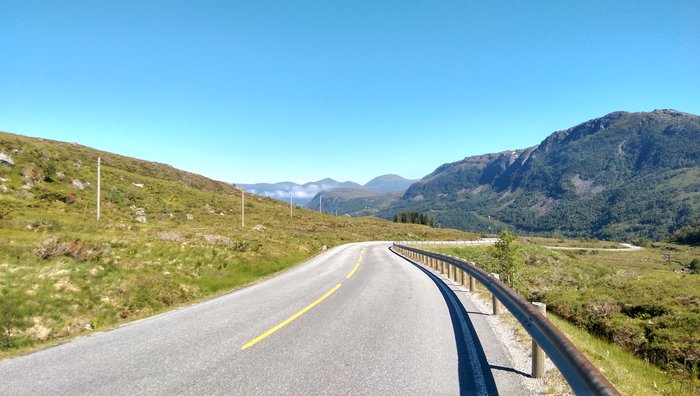 My roaming data allowance has just run out, so now I have no mobile internet and will be reliant on Wifi until I get back to Germany, but I will be in Trondheim in a few days, and should be back in Germany in less than a week.

Tomorrow I am going to try and reach Kristiansund.

« Førde to Måløy
Ålesund to Marmefjorden »