Now sitting on the step of the sanitary block of a campsite by a Fjord surrounded by high-rise mountains. The campsite cost 170kr (almost €18) for the night, but the shower and cooker both cost 10kr each. I paid for the shower, but used more of my increasingly precious camping gas to cook dinner. The Wifi is at least free and so far I haven’t encountered a campsite that requires you to pay to use the toilet.

Last night was quiet and I woke early in the busy campsite, but remembered that I needed to pay, so made to have my stuff packed up and ready at 8am - but when I got to reception they didn’t open until 9am. So I sat about doing some work on my laptop and using the weak Wifi signal.

The plan was to head to Kristiansund today, but I quickly realised that it wasn’t achievable, it was at least 200km. But there were some target campsites within a reasonable distance. 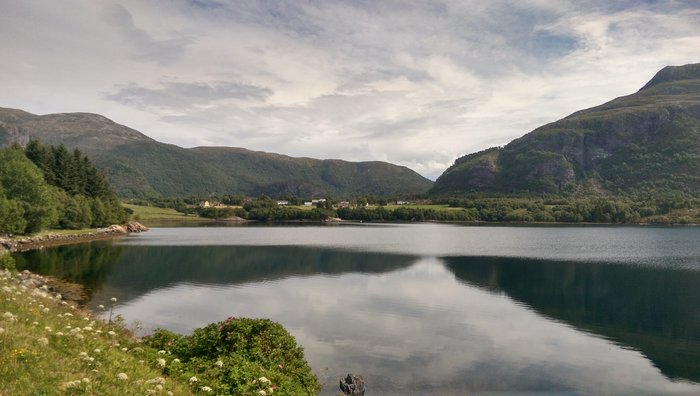 The weather was hot again, and my left hand still hasn’t recovered from its last bout of sunburn, so I wore my gloves all day. I only have a small amount of sun cream, and am reluctant to buy more. I notice that today my nose is also burnt.

I did another Norweigan lesson, lesson 19. I’m following it quite well, but all my attempts at speaking Norwegian have ended in blank stares. I ask “Vorstor du Engelsk?” blank stare, wait a beat, then “Do you speak English?” and the answer is usually yes. Although I have encountered many more people that don’t speak English, especially ferry fare collectors.

I caught two ferries today, the first required me to wait for an hour and a half. I had just passed a village park (which seemed to be the grounds of a modern church) so I went back and sat down and had lunch and then dozed in the sun for 45 minutes. Both ferries cost around €4. 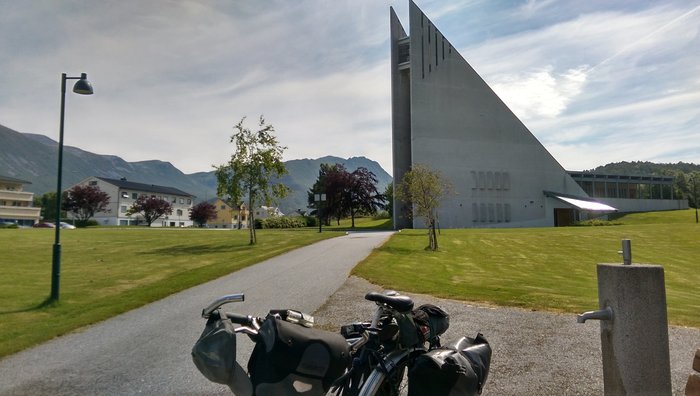 I passed three sets of cycle tourers. One pair on a tandem and another who looked very professional. They had fast bikes and no front or rear panniers. The tent and other accessories were strapped lengthways at the back and at the front for aerodynamics and the bikes were fast cycle-cross bikes. I passed and waved, but didn’t stop. They then overtook me at considerable speed. I wondered if they had electric bikes - but it’s just possible they were actually cycling at that speed.

There was even more spectacular views today, especially when I took the ferry. 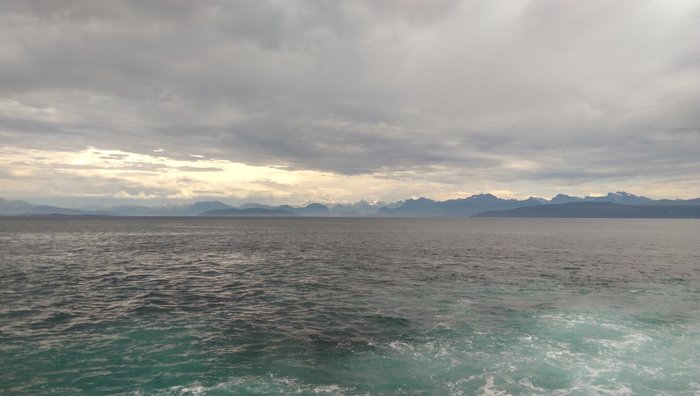 View from the back of the ferry

In the evenings I am writing these blog posts, eating and reading. When I started as was reading “The Book Thief” and then started re-reading “The Brothers Karamazov”, the first time I read the Pevear-Volokhonsky translation, this time it’s the Victorian Constance Garrett version. I think I prefer the Pevear version, but it has been many years. I started “Memoirs of a Geisha” last night. 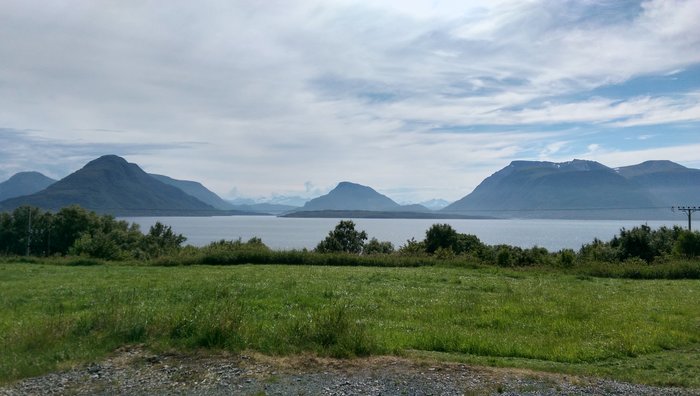 I will pass through Kristiansund tomorrow - it is on an island which has only tunnel access, but it is not possible to cycle through it, so I imagine I will need to get the bus. After that I will do one more nights camping and then get to Trondheim, where I plan to stay in a hostel and then get the train to Oslo and start making my way back to Germany. 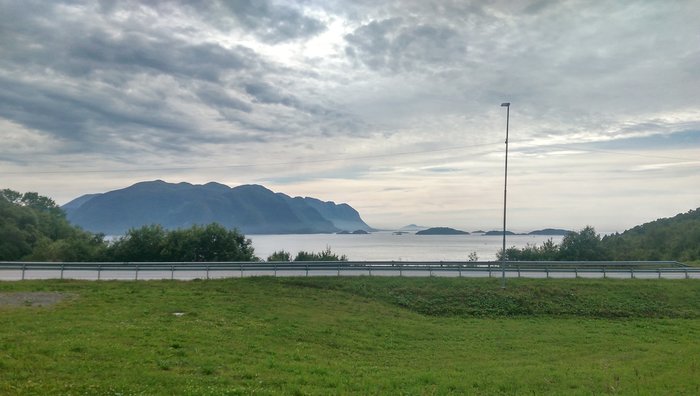 The mosquitos and other bugs are becoming annoying while cycling towards the end of the day, especially when cycling downhill. I have to either squint my eyes to avoid “mosquito-eye” or angle the visor of my cap down so I can only see the road immediately in front of me. 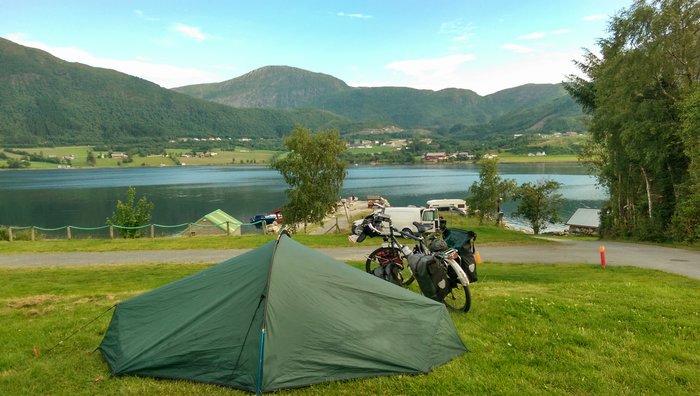 Today marks 3 weeks on the road.