Slept perfectly in the airy and cheap room. I really liked the old hotel, it had very tall ceilings and there was lots of space. It was run down and old, but very clean, and the family that were running it were incredibly welcoming.

My German has come in very useful so far, but in this town, Bartosxyce, it seems that it’s not as useful, so far nobody has been able to converse with me in either English or German. 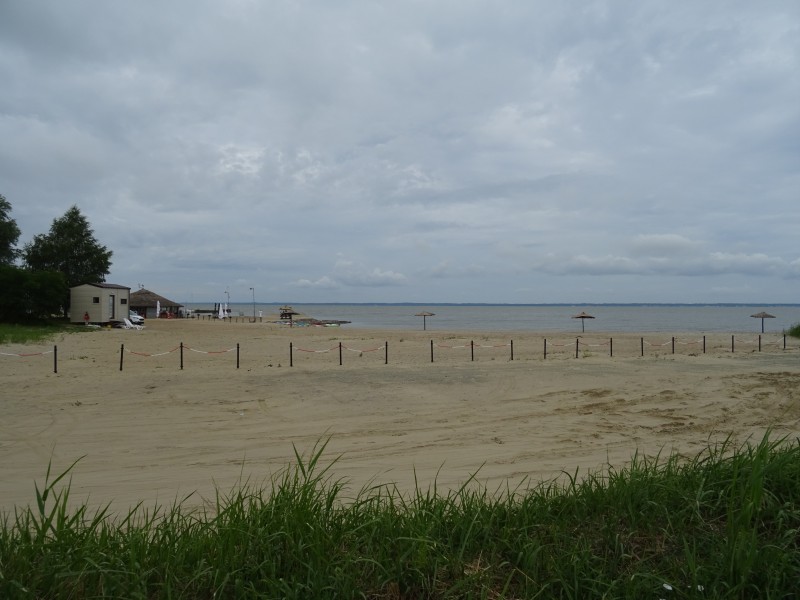 I had a good breakfast in the hotel, cheese, cucumber, tomato and egg. I couldn’t finish it all. I got my bike and my stuff and said thankyou to the staff and rode out of the town. I made my way north to the coast, trying to pick up the EV10 again. There were cycle paths, of that took me directly along the coast, to the town of Tolkmicko, from here there was no marked cycle route, but I decided to follow the green dotted line on my map anyway - this started off as a forest road (on which I missed more than one turning) which eventually opened out in to a meadow, before hitting the road and leading on to Frombork. 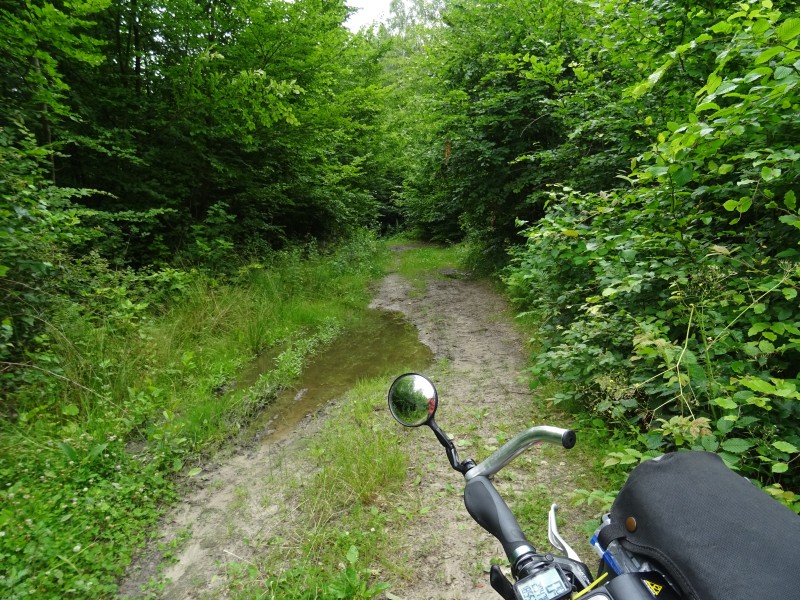 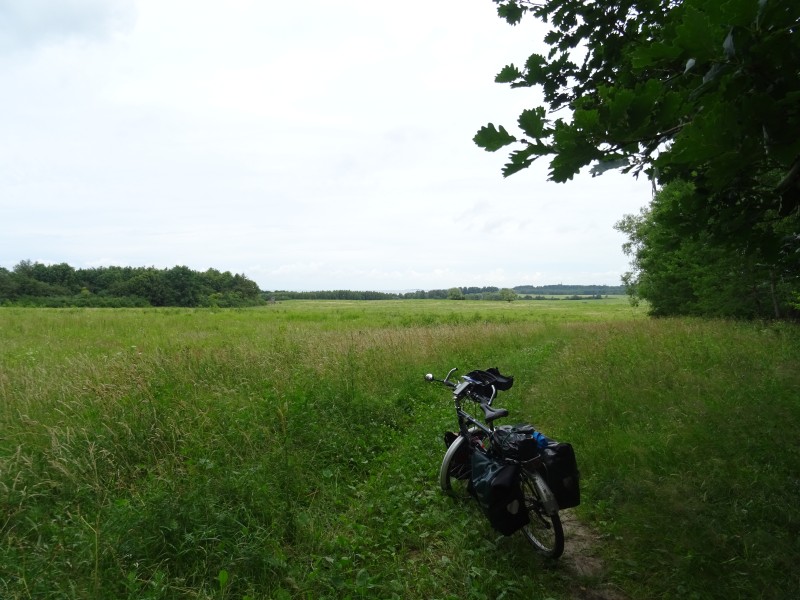 On the way I heard another KLUNK! This time it was the sound of my bottom bottle-cage falling into my front sprocket. I turned around and my drink bottle and the undone screw were just lying in the mud 10m behind me, so not a big disaster, not like, for example, something going wrong when driving a car up a mountain in Albania. 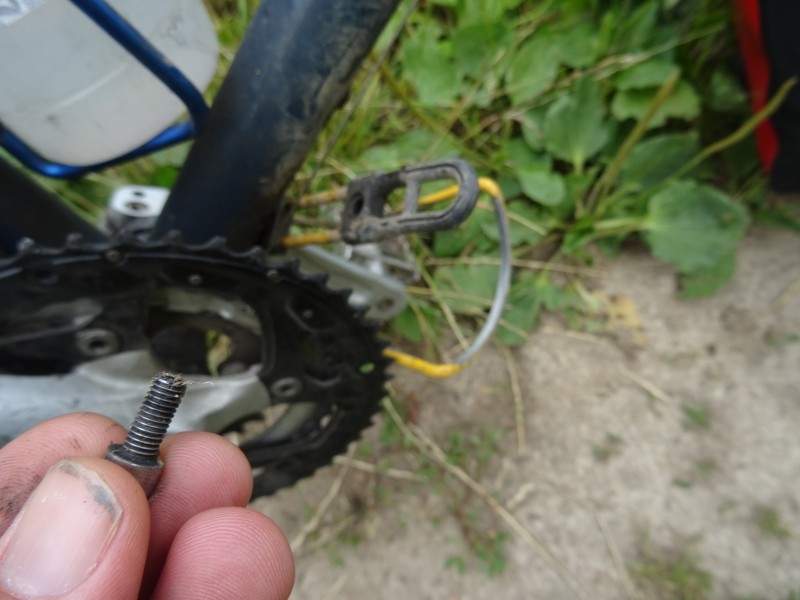 Frombork (Frauenberg in German) is mainly famous because it is where Nicholas Copernicus mad his astromomical observations and wrote the book in which he wrote that the sun revolves around the earth (or was it the earth around the sun? anyway, who cares) - and he did this all while admistering this region as Bishop (I think), and even having to deal with the pesky Teutonic Knights, who radied and eventually sacked the town (but Corpernicus had already left ahead of the event). 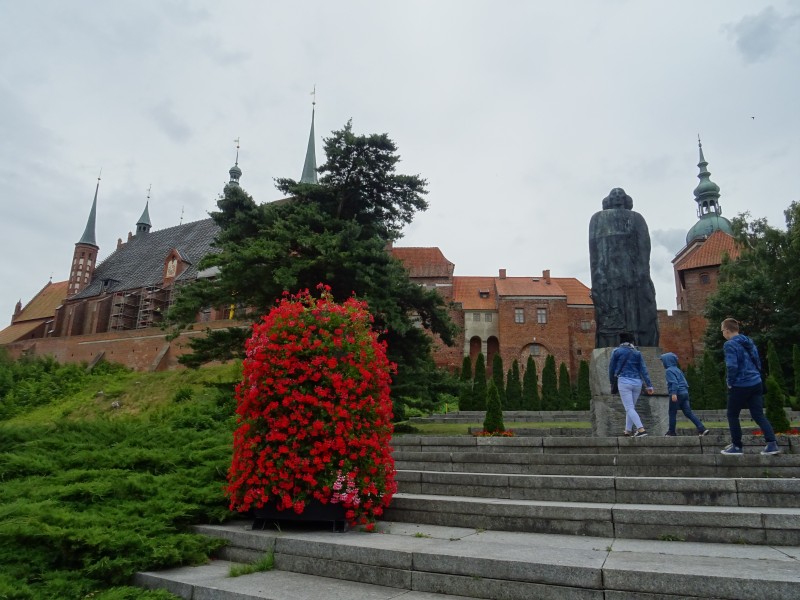 Archcathedral Basilica of the Assumption of the Blessed Virgin Mary and Saint Andrew (ABABVMSA for short), statue of Corpernicus in foreground

Interestingly a month or two back I was reading the book (never finished) “A More Perfect Heaven” by Dava Sobel, which is a popular history of Copernicus, and descibes this town, region and political climate in some detail, and I remember not really knowing where it was geographically, and today I stumbled upon it by chance.

I stopped here for a coffee then continued, I had to dive down to Pieniężo, there seemed to be a road reconstruction project happening, and I had to ride through at least 4 1 road one-way road works - the traffic lights would stay red for I would guess 10 minutes, but after not waiting for the first one to go green, I just rode through the red lights, there was rarely any traffic, and it’s easy to move a bicycle out of the way. 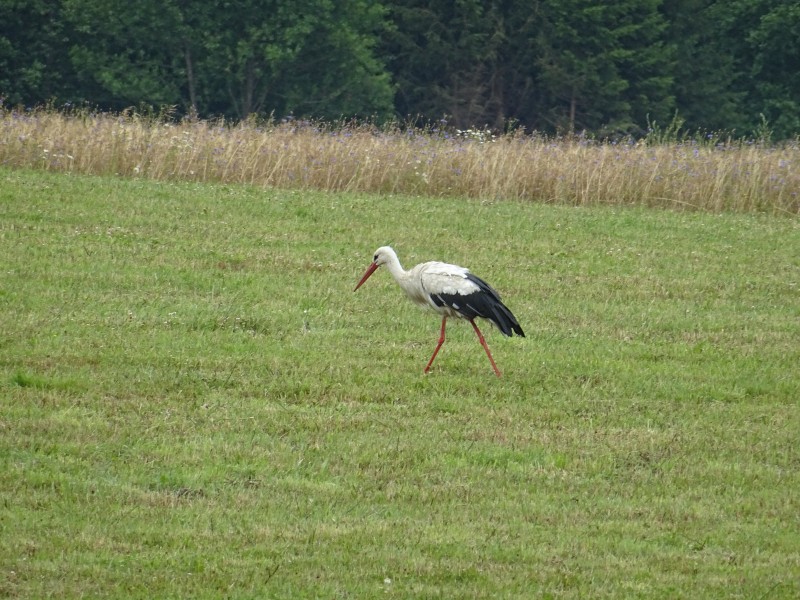 Nobody knows what these birds are 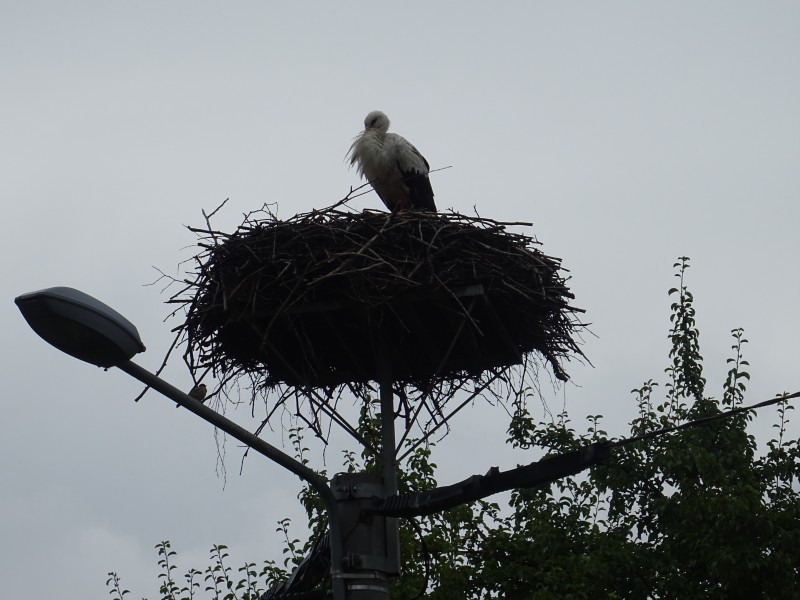 I had lunch in front of a statue of the pope (not the first I’ve seen, he’s standing there with his staff giving a benediction) and on the way out of the town I was confused by a sign which seemed to indicate the road was closed and there was diversion, but cars kept going down it, one of the cars, seeing my confusion, stopped and asked me “can I help?” (I guess), he didn’t speak English but I pointed down the road and said “Dobje?” and pointed to my bike, he said yes, until Gorowo at least - or he asked “you go to Gorowo” and I said yes, anyway - the important thing is that I didn’t know that going further than Gorowo was possible.

I intended to stay in Gorowo, but when I arrived it definitely didn’t seem as prosperous as the previous towns, and I could find no hotels, and although there was a campsite on the map, when I went to it there was no sign of one existing. I had done 110k by this point and now I had to go to the next town which, judging by my map, had at least 5 hotels (but no campsites), I very optimistically judged it as 10km, but the sign reported 21km, and then there was a diversion, the diversion sign was specifically saying that using the main road to go to Bartosxyce (the next town) was not possible, and that you needed to follow a 10km diversion. 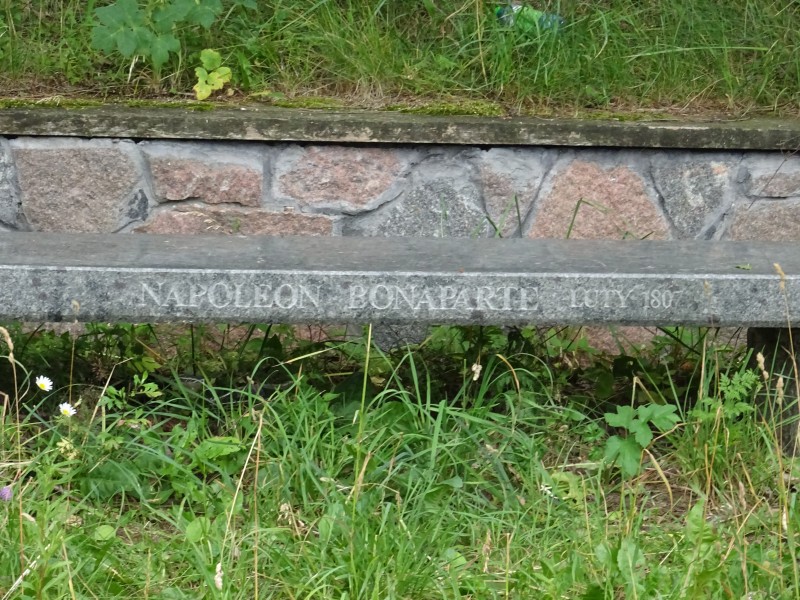 I didn’t want to risk going down a route which is reported as being closed - with a bike you can usually bypass road works, but just walking or riding around them, for example, on the pavement, but it’s not always the case – once I cycled 10km down a closed road only to get to a bridge which had been demolished - I had to cycle all the way back, otherwise it could mean that the whole road was dug up. I decided not to risk it and took the diversion.

I finally rolled into Bartosxyce at around 7pm and checked into the first hotel. This was a mistake. I pushed open the door, and had to leave my bicycle downstairs (which I always dislike, but at least I locked it), upstairs I found the landlady, and it was quickly apparent that she spoke only Polish, I had to use my phone to translate the most basic “I want to stay for one night and I have a bicycle”. She was mostly humorless, and when she first clapped eyes on me she didn’t look very welcoming (to be fair I was very dirty from riding through sand and mud and rain all day). The hotel cost 120 Zsloty (€29) and didn’t include breakfast, the room has an air extraction unit buzzing away continuously and there is a faint and funny smell. If I were a reviewing person, I don’t think this would be a glowing report.

They didn’t take cash, so I had to use most of my Zsloty’s. It is around 160km to Lithuania from here, so I expect to be in Poland one more night.

For Lunch I found a Pizzeria, they didn’t have my usual Vegetariana, but they had some extermely spicy pizza, I ordered the “big” pizza, assuming it would be a “normal” big pizza, but apparently 50cm is bigger than I expected, so I just ate a good deal of Pizza.

I think I found out why my gears were slipping - I had just cycled through very much wet sand when they got worse, at one of the many traffic lights I jumped off and inspected the sprockets which carry the chain from the wheel-sprocket, they were caked in sludge. I peddaled and ran my finger against them and reams of sludge flew off, I repeated this on both of them. This impoved the gears, but I think there is also more sludge on the gear cables under the seat-post pole, I think once I clear that the gears will be as good as new.