The hotel wasn’t the best. I didn’t sleep well, and was anxious about my bicycle being in the hallway only demobilised but not locked to anything. I could hear anybody talking in reception. When I woke, I had no breakfast to get ready for, so I just packed my bags and checked out. When I asked the receptionist for water (seeing a basin in the reception) she gave me a litre of sparking water for free and refused to give me tap water.

The first priority was then breakfast, it was Sunday, and to be honest I didn’t feel very hungry, having eaten a gigantic pizza the evening before, but coffee was required. I would guess most shops are closed, but the service stations were open, and I pulled in for a coffee and a muffin and sat inside and read the news on my phone.

Today looked like a road day - I planned to ride to Ketrzyn then to Gizyco and then see how much further it was possible to go - there were not many accomodation options, so it would either be a short day (~80km) or a long one (~130km).

Riding out of Bartosxyce the road sign said “no cycling” - they do this quite often, and it means there is an accessible cycle path, which I found. The cycle path went off road and was part of the GreenVelo route - it seems this is another cycling infrastructure project sponsered by the European Union, and today I was almost exclusively on this path. 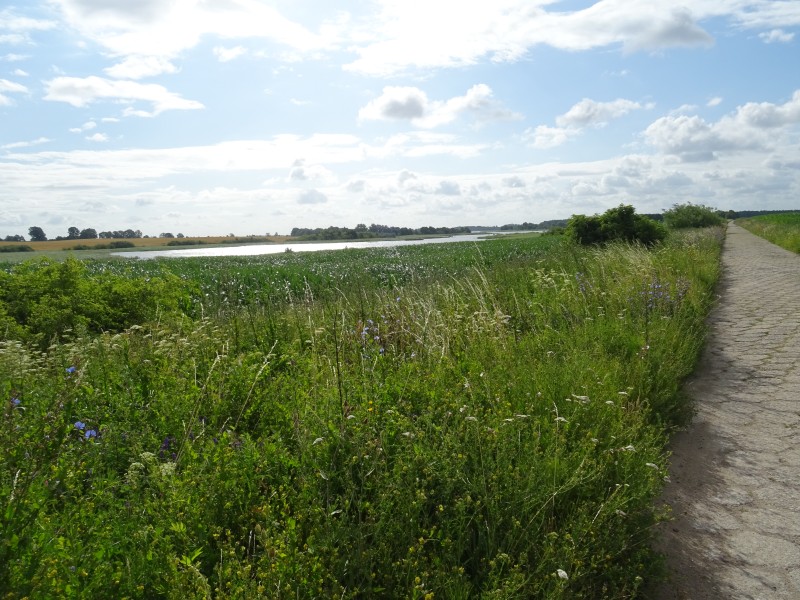 The cycle path was clearly sign posted, with distances to the next village, and also the distance to the next rest area (signed as “MOA”), the rest areas were around every 10-20, and included a shelter and a porta-toilet. I passed various other touring cyclists on the route.

After inspecting my phone, I could see that there was another route which used more minor roads or used the cycle path, this route would take me closer to the border of Kalinngrad Oblast and I would pass through a town with lots of camping at around 80k, with the possiblity of riding on to Goldap at around 130km. This was about 30km north of my planned route, but it seemed to offer a good entry into Lithuania.

The route was occasionally asphaulted, but more often it was either a gravel or dirt road. At one point I missed a turning and went 3km in the wrong direction, but on the way I was able to take some wildlife photographs, there were lots of birds and rabbits. The rabbits would dive out of the corn field onto the path, see me, and then run full speed away up the road. Once the opposite happened and a rabbit was charging down the road directly at me. 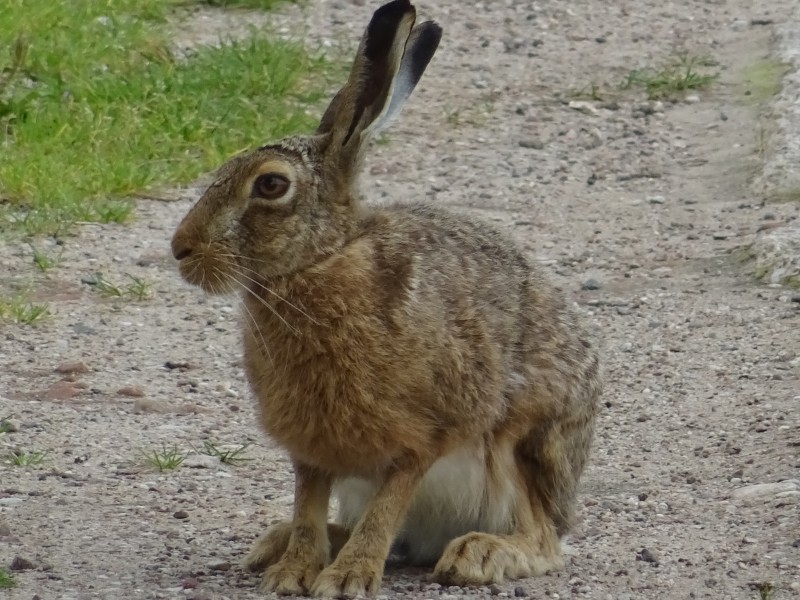 Rabbit in the road, taken from a distance with 30x zoom 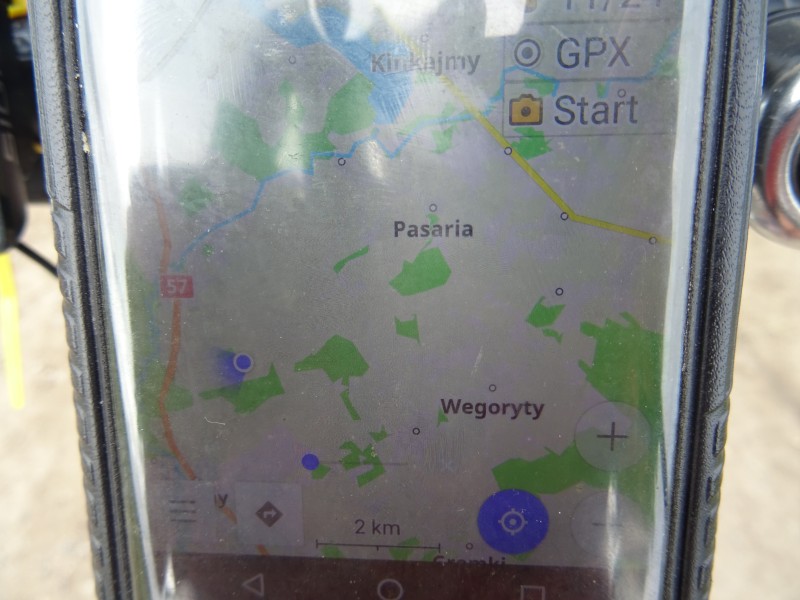 Going in the wrong direction

At around the 100km mark, it started raining reasonably hard, and I put my jacket on and I could feel the rain slowly saturating my underpants. The rain also seemed to make the gravel road less effective, so I either had to slow down or put more effort in to keep my speed up, I did a little of both. 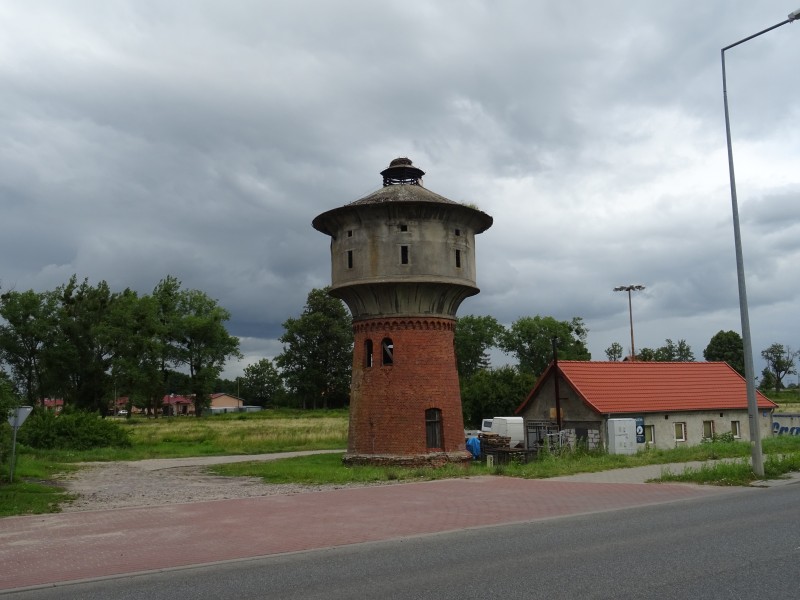 Lots of these, don’t know what they were for

As mentioned previously, I had two choices, either a short or a long day. When I arrived at the town which could accomodate me in the former case it was only 1pm and I had done around 85km - the next town with campsites and hotels was around 50km away, I had an early start and I figured I could make it to Goldap by around 4pm. 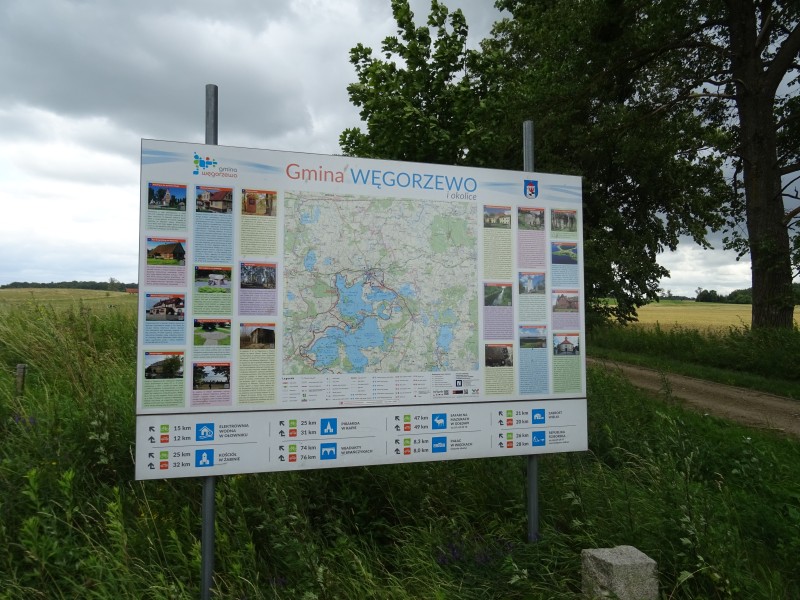 Detailed information for the cycle path, they also had a phone app

When I rode into Goldap I saw a sign “HOTEL” and it didn’t look expensive, and when I pulled up I saw the “GreenVelo” sign and a bicycle symbol, and there was even a ramp (which could also be for disabled access) up the stairs. Upon entering a lady approached me and started speaking in either Polish, or German, or a mixture of the two, so I asked her “Sprechen sie Desutch?” she did, and directed me immediately to a place where I could safely store my bike. 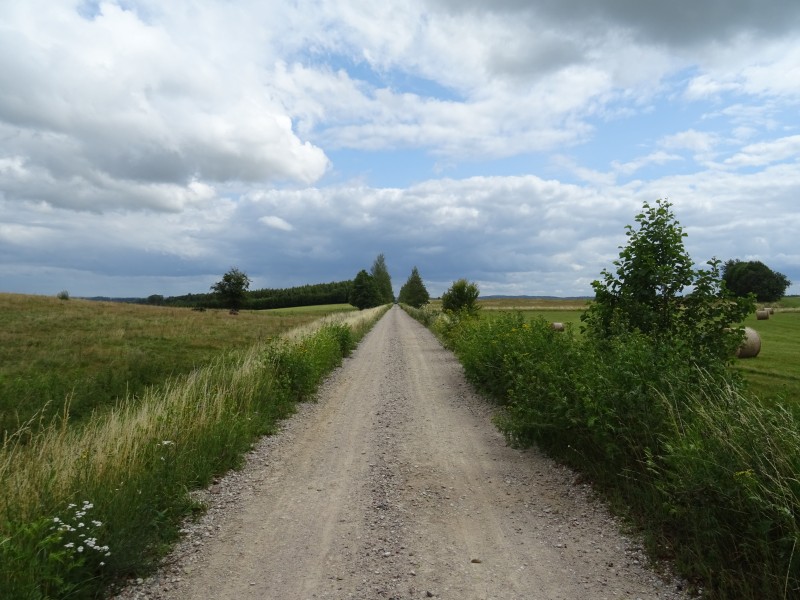 Typical route for today (before it started raining)

This hotel is great, it’s 100 Zsloty for the room and 20 for breakfast (about €29 in total), the room is quiet and there is a large common area with billiards. When I check in I had a shower then collapsed on the bed and drifted off to sleep for an hour

I’m now sitting in the restaurant, and have eaten my “dinner” - there was nothing vegetarian on the menu, and I think what I have just eaten is savoury crepes with saurkraut - Poland isn’t really a vegetarian friendly country.

Tomorrow I should be in Lithuania, which seems to be a little bit more expensive than Poland, I have probably been spending on average around €25-€30 a day so far - very mainly on accomodation. I’d rather not spend a fortune however, so, especially as Lithuania is more expensive I will try and do more camping.