I don’t seem to have succeeded in integrating very well in the hostel I’ve been staying in for the past 2 days, having not really broken the ice with people in general (with some exceptions) and feeling a little depressed and drained. Most of the staff and guests are relatively young (one girl, 18, is still at high school in Italy) so maybe it’s the generation gap. I did have a good chats with a guy from Wales, and another from Helsinki.

My activities have been running, programming and drinking (coffee by day, beer by night). Being careful not to run to fast (due to recurring injury) I have managed to do to ~8-10k runs, following the same route, through the beautiful “victory park” (??) running along the stream, crossing the bridge over the river —- then running down to the next one and crossing back and running through the old town.

Like Vilnius, Riga has a huge number of churches and God doesn’t seem to be dead here, religious thought is given to the deceased in the countless well-kept grave yards I have encountered on the route, whilst graveyards are usually abandoned in the UK, here there it seems there is almost always some people walking about, maintaining the graves and paying their respects, even in otherwise remote areas.

Today I visited the “Museum of the Occupation”, if you google this museum you will see a large and impressive building, rectangular with black slate panels. This building however is undergoing renovation, and the museum has been moved to a building in a series of embassy-like buildings just outside of the old town.

Admission to the museum was an optional donation, I donated €5 and walked upstairs. The “museum” was really just three rooms, each with a numbered series of panels. Each room presenting a different era of occupation starting from the end of World War I when both Germany and Russia had to relinquish their claims on the Baltic states leaving them to declare independence. 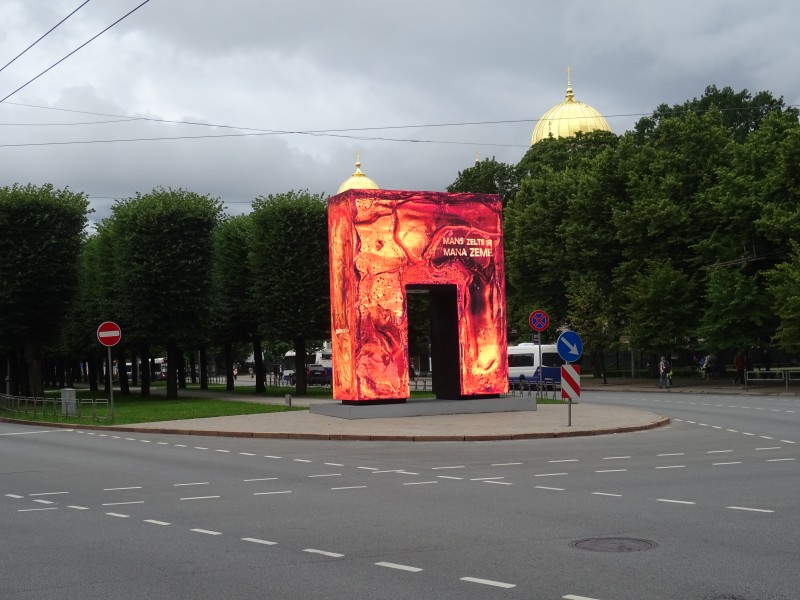 This ended when Nazi Germany and the USSR agreed to partition Poland between them and for the Baltic states to be incorporated into the USSR. They immediately started deporting natives and importing Russians, deprecating the currency and persecuting political “enemies”.

In 1941 however Germany declared war on Russia and invaded and occupied the rest of Poland and the Baltic states, and applying their Jewish policies. In 1944 the states were “liberated” by the Red Army, and then the situation reverted to the original Russian occupation, and this continued for 50 years until 1991 when Mikhail Gorbachev instigated economic reforms and the Baltic states decided that now was the time to declare themselves independent, the Russians attempted to regain control by force, but eventually an agreement was made and the states become once again independent.

Around 800,000 Russians were bought in to the country during the occupation (the Germans immigrated 180,000, but all were forcefully expelled at the end of the war). Apparently in 1981 the percentage of Latvians in Riga was only 36.5%. 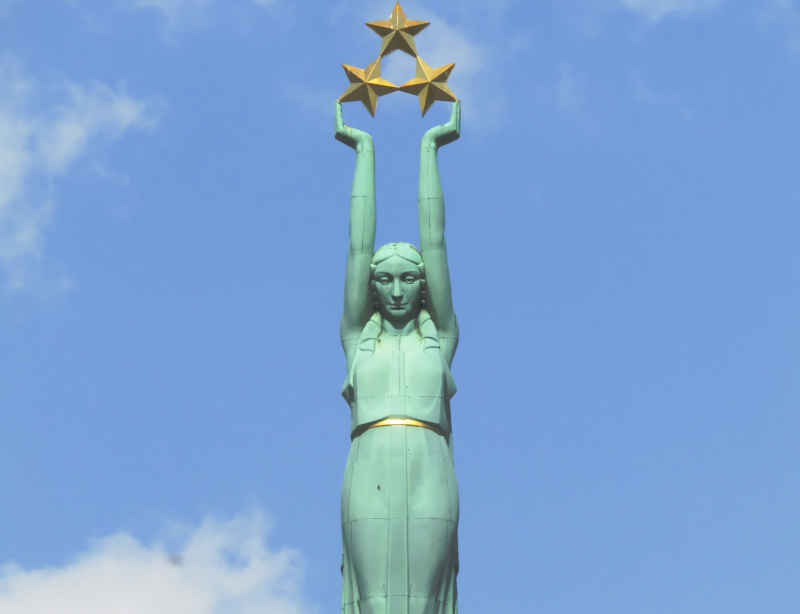 Freedom Monument (taken from Wikipedia): Errected in 1918 to celebrate Latvian independence and surviving to present day

I guess I will move again tomorrow - I will go north east, to the national park and the town of Cēsis where there is a castle and some hotels, from there heading into Estonia, aiming maybe for the town of Tartu before going to Tallinn.

I researched options for returning to Germany today – the boat from Helsinki will cost around €250, not including the €50 ferry from Tallinn to Helsinki. Which is more expensive than I imagined. There is also a bus option – which would cost significantly less (and take 27 hours).