Typing this in a Pizzeria as usual, but unfortunately my laptop’s power was drained s I’m typing this awkwardly on my phone. I am in Cēsis, an historical town 100km north-east of Riga.

At the hostel I woke relatively late, 9:00, and was able to take advantage of the free waffles for breakfast, washing them down with a good deal of free coffee.

After two days rest my arse was road worthy again. I was glad to leave the hostel, having not really been succeeded in being effectively social and felt detatched (for no good reason), but I was also reluctant hit the road again, lacking mental energy.

I did however openly discuss my trajectory during my stay and heading northeast towards Tartu in Estonia looks like a good target, it has about 4 hostels and apparently is a student town - and would take me through this town, Cēsis which is famous for it’s castle (again related to the once omni-present Tutonic knights).

There was a cycle path accompanying the main road out of Riga which alternated sides of the 4 labe,busy, road. This ended after a period however and I switched to forest and country roads, before the main road split a.d the traffic was much reduced. I flowed this until the town of Sigulda. 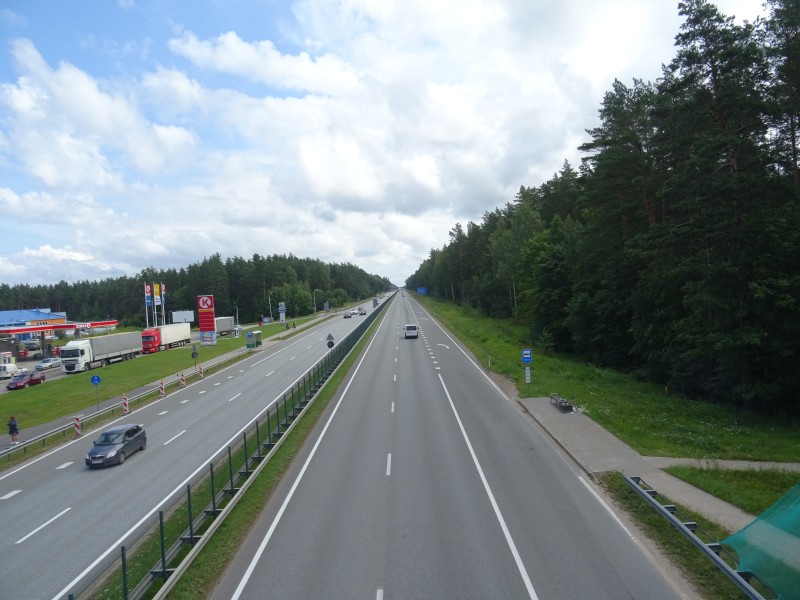 Road out of Riga

Here it started spitting raina and the sky had the now familiar even leaden pregnant look which gave this spitting rain the significance of predicting a heavy downpour. Cēais was off the main route and I headed north east out of the town and the asphalt gave way to the beloved gravel, soon after tgethunder started rolling and it rained hard. 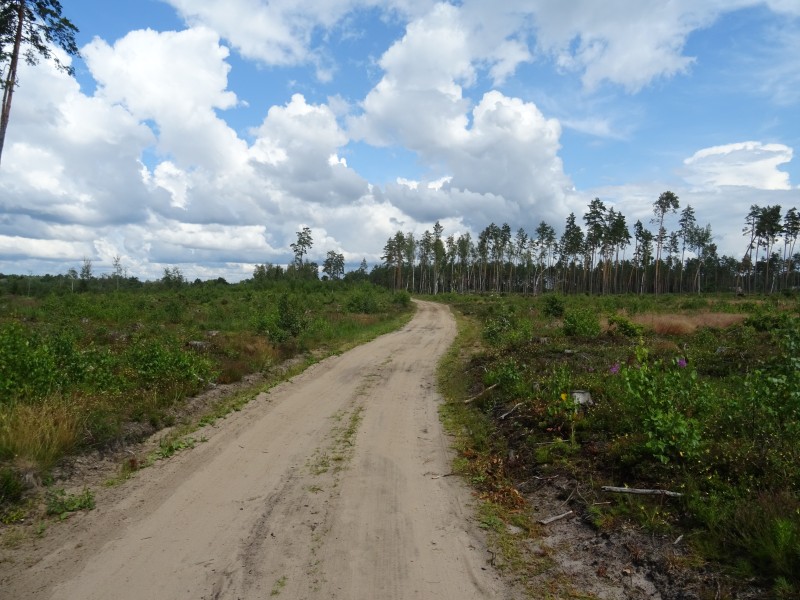 I also discovered that I was riding on the “tour de LatEst” cycle route, which is marked on my map and which goes at least to this town, and probably all the way to Tartu. 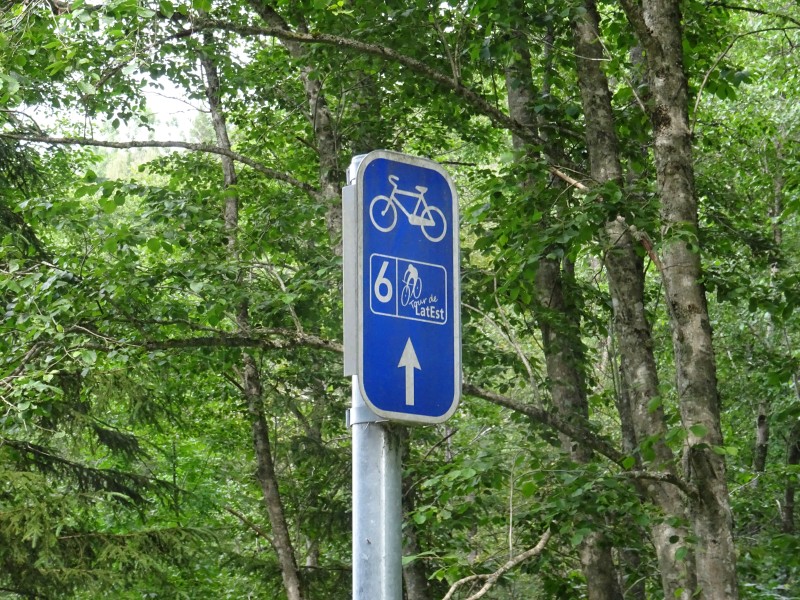 The gravel-sand is more problematic in the rain, and the sand grains are attracted to my gears causing them to crunch, grind and vacillate (??). 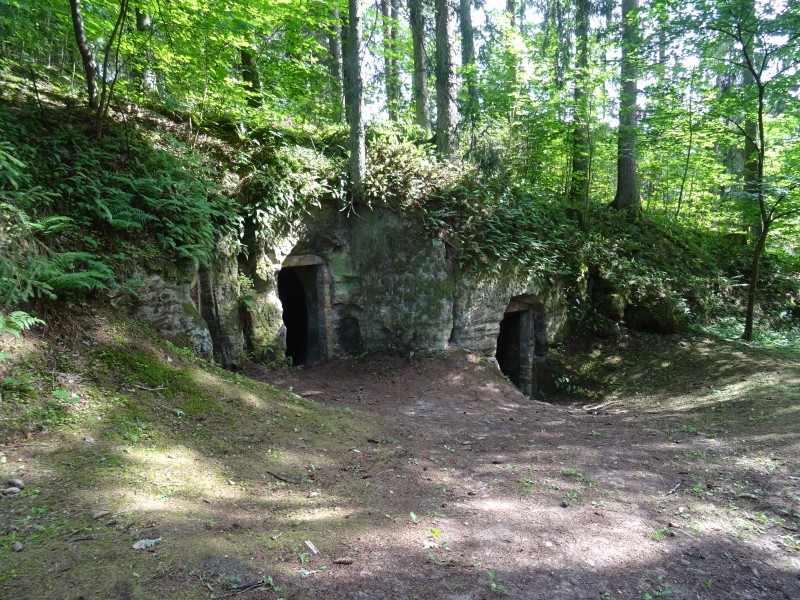 These caves entrances were scattered everywhere at Līgatne

I avoided energy drinks today and managed thus to avoid road directed tantrums, instead again listening to the Howard Zinn book and largely ignoring the road, rain and thunder. I seem to be missing around 10 chapters and was fast forwarded to the Clinton administration. 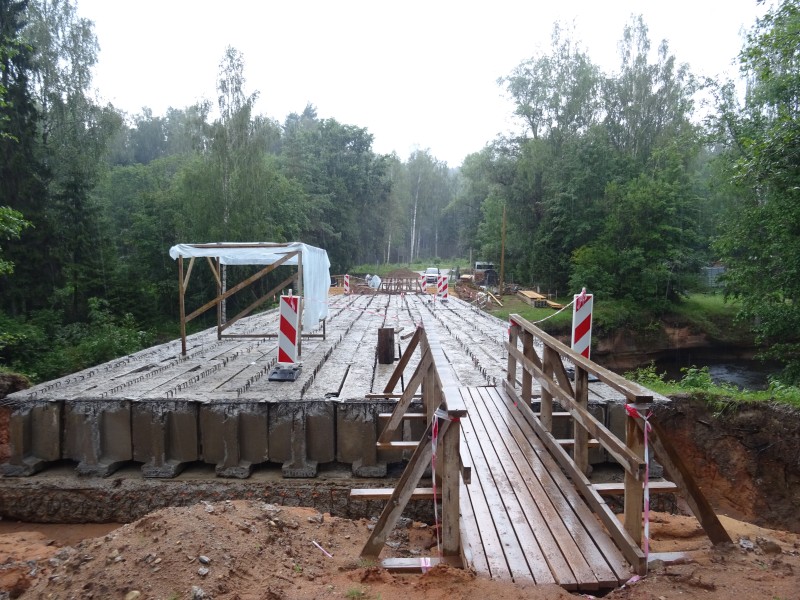 There was a diversion which I missed, and this bridge was the cause of it - luckily I could cross (even if I risked being impaled by the exposed iron works)

I had stopped for a coffee in Sigulda outside the train station, I sat down and they had free wifi. (no password - which seems much more common here than in western europe in general), and I booked hotel in Cēsis, there were campsites, but, well, I could book a relatively cheap hotel (€30) with breakfast and get a good nights sleep (hopefully). 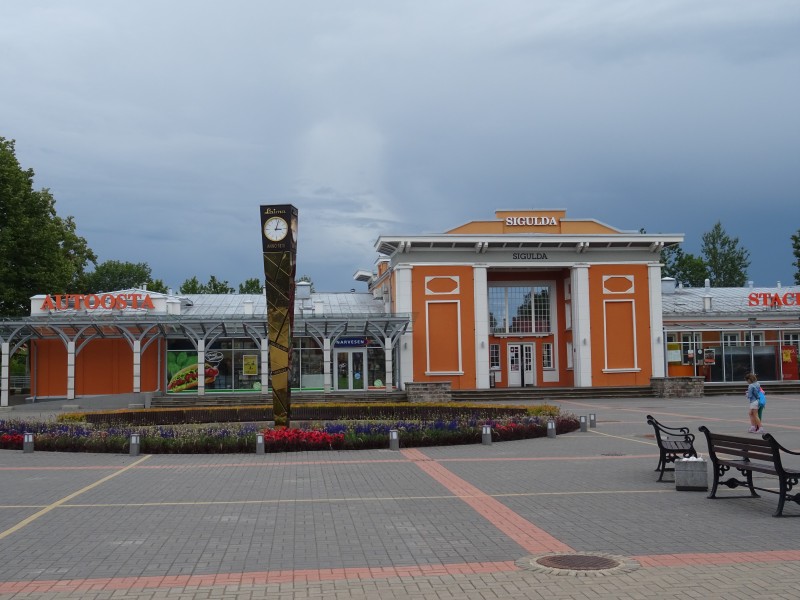 Tomorrow the weather hopes to be better, and I will ride to Valka/Valga - the twin cities separated by the Latvian / Estonian border, where I will endevour to stay in a hostel (there seems to be at least one), after that the next stop is Tartu, 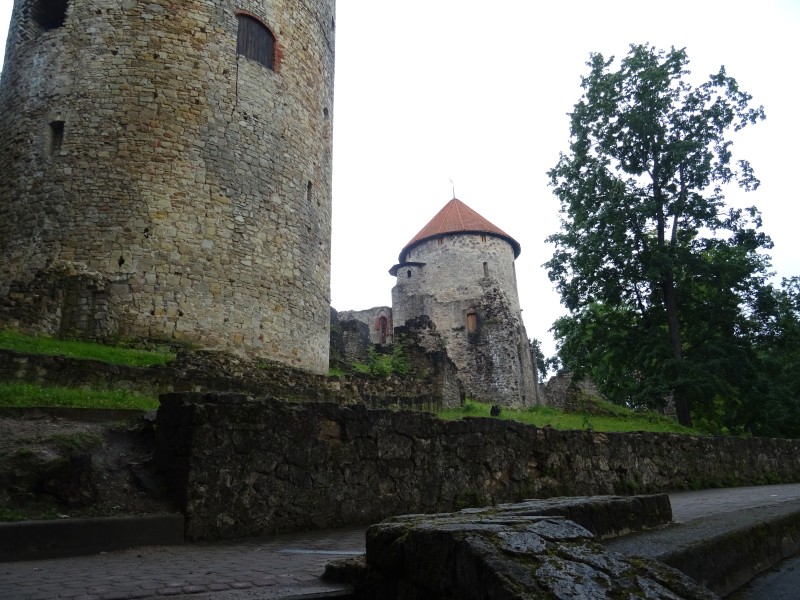