As predicted I slept terribly, falling initially to sleep but soon waking up as my head wasn’t comfortable (it was supported inappropriately on my hoody which was in turn supported by my food pannier). As usual when I realised that it was morning and I could get out of bed, falling to sleep was no longer an issue and I didn’t wake until 9am. So I slept badly and got out of bed late.

I washed the remnants of last week’s breakfast from the pots and pans and cooked porridge, and ate the rest of the cheese slices.

The previous night I found and phoned ahead to the “Looming” hostel in Tartu, and this morning I was surprised to find it already bookmarked on my map – I think somebody must have recommended it to me in another hostel, although I don’t remember it.

It attracted me as it was a so-called “art” hostel, and looked good, although on hostelworld.com the beds for both 6 and 12 room dorms were advertised at €30. I thought this must have been a mistake, and when I checked the website they were advertised at €17/€18. So I phoned and got those prices. 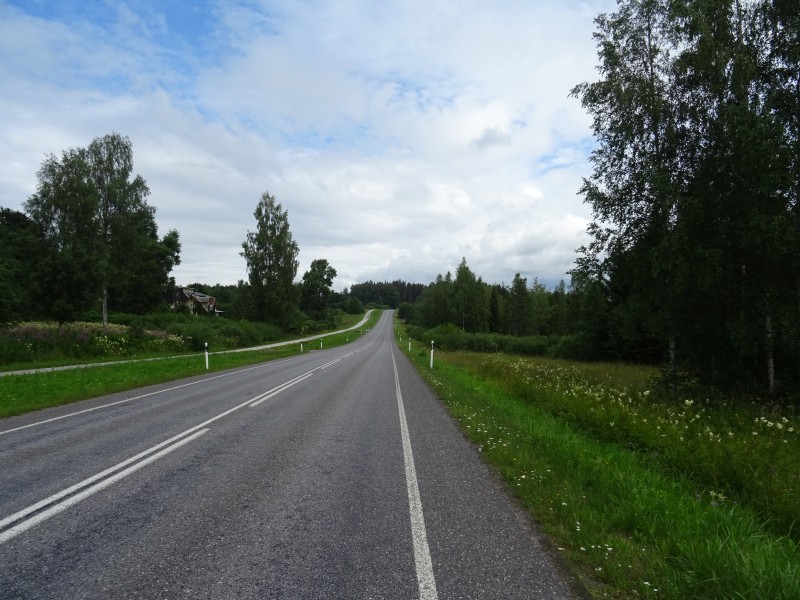 There was a cycle route all the way to Tartu, with distances regularly marked, but there seemed to be a discrepancy, as I estimated 80k to the city, but the cycle path said 108k. On checking it made a significant detour, which I was able to avoid, infact I ended up doing the last 10k on the main road.

In general the cycle paths were very good, and even the gravel sections were fine. 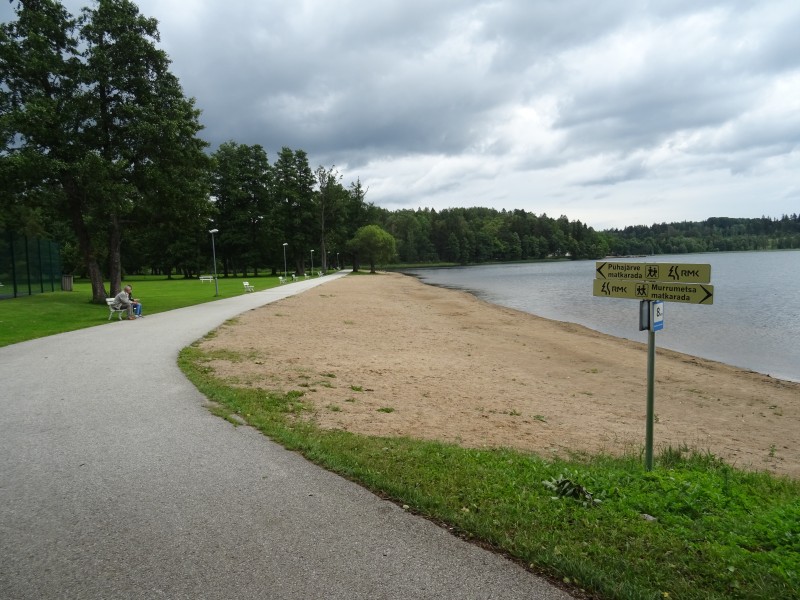 Riding past a lake

After 40k I stopped for lunch, and found some “real” bread in the supermarket, albeit bread with raisins in it, but it was freshly baked and tasted good.

At one section a primary school class and accompanying adults seemed to be running down the cycle path, and three older boys (who presumably started before the 5 year olds) were overtaking them running at a good pace and I wondered if running is a part of physical education here, or just a special event. There were also more than a few people with cruising on the paths with “dry skis” (skis with roller-blades), something I never saw in Latvia/Lithuania.

The MP3 player backlight has now completely gone, but I was somehow able to put it into random mode, and listened to a good random selection of songs for the few hours prior to arriving in Tartu by the aforementioned, busy, main road - although I did manage to turn off before hitting the center by crossing a railway track.

The hostel seems good, if a little expensive (although I think it’s average here in Estonia). There is no free breakfast, or free coffee, but they do have a strong ideology, everything (decoration, furniture) in the hostel is made from recycled/second-hand materials, and they are keen on you minimising waste and the hostel’s ecological footprint etc. They have a large terrace (which is worryingly next to the dorm, but they have a 11:00 quiet rule) and the bunk beds are sturdy. 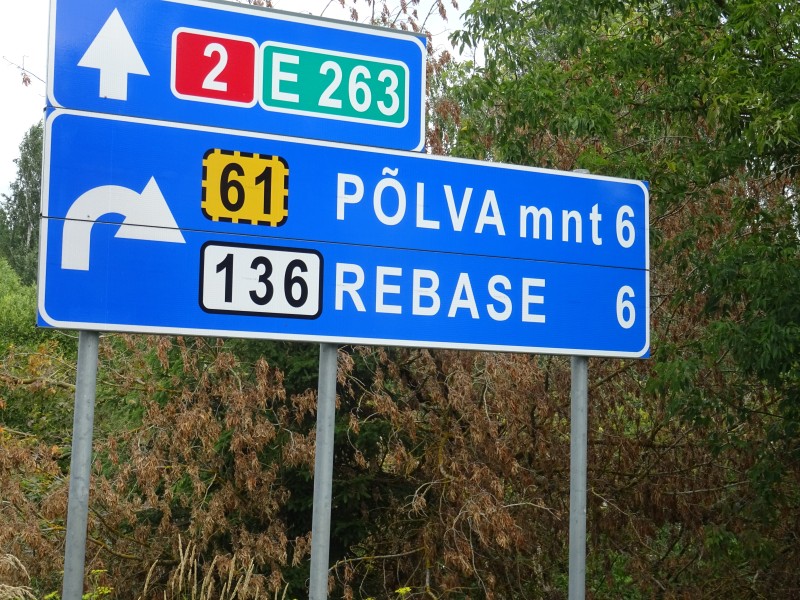 One guy in my room was at the Metallica concert - the old man at the campsite yesterday evening had mentioned that there was a concert in Tartu, and that consequently all the chalets and beds were booked out (the campsite was 80km away from the concert).

I did some work for a few hours, and then went in search of a pizza and beer. I found a Pizza place and sat down, ordered a beer, but the waiting time for Pizza was 60 minutes, so I opted to order pasta instead, which is a shame as the pizzas here look really good, and the pasta I could have happily made that myself and it would have tasted the same. 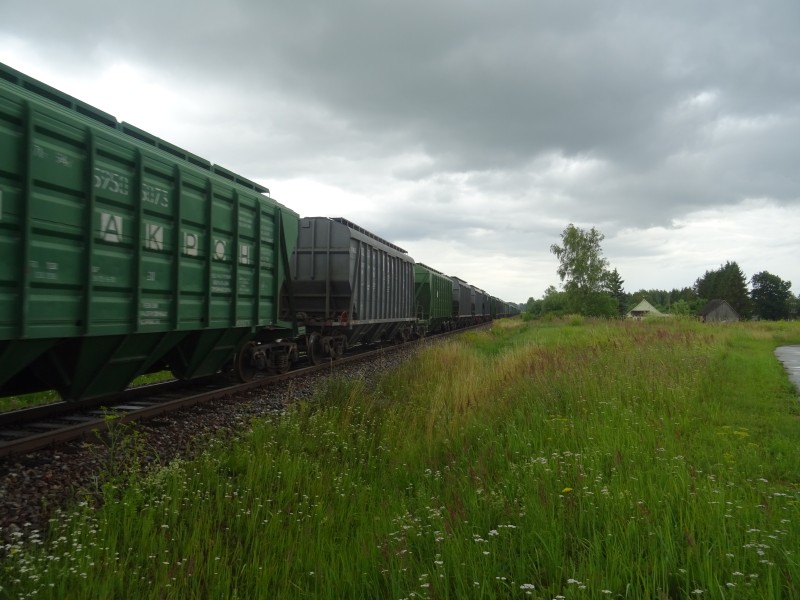 I think I’ll stay here for another night, it seems to be around 300km to Tallinn, which would presumably be my next “rest” stop and I have around 10 days left.

The title of this blog is “Berlin to Helsinki” but originally it was to “Tallinn”, the only reason it was to Helsinki was because I intended to get the ferry back, but the ferry will cost at least €250, not including the €50 crossing to Helsinki, and the €100 for trains from Kiel to Berlin. The alternatives are bus (27 hours) or plane, both of which will require me to pack my bike, but after getting some bike-packing tips from Stefan (wrap it in clingfilm and cardboard for the sharp bits) I think this shouldn’t be too much of a problem.