I had prepared for a long day today, and after two days at the Looming hostel in Tartu I was feeling fresh and ready to go in this morning. I had had some good chats with people at the hostel, and the experience was running through my mind for the first few hours of the trip this morning. 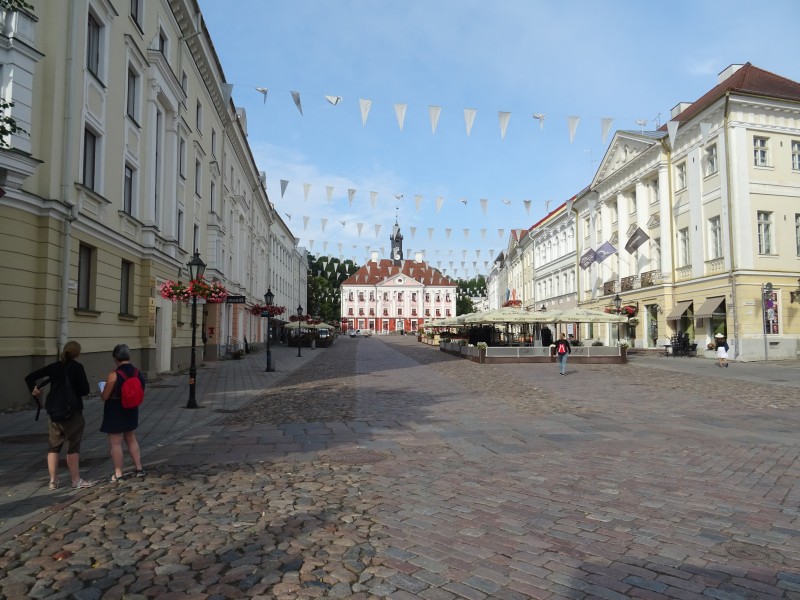 The weather was fine as I left the hostel and headed down to the river, and I felt good. I had planned to do 150k today, the town of Rakvere was the logical stop at around the 100k mark, but there were no hotels under €50 and no campsites, so I had decided to continue to the coast and hope that the campsite on my map was existing. 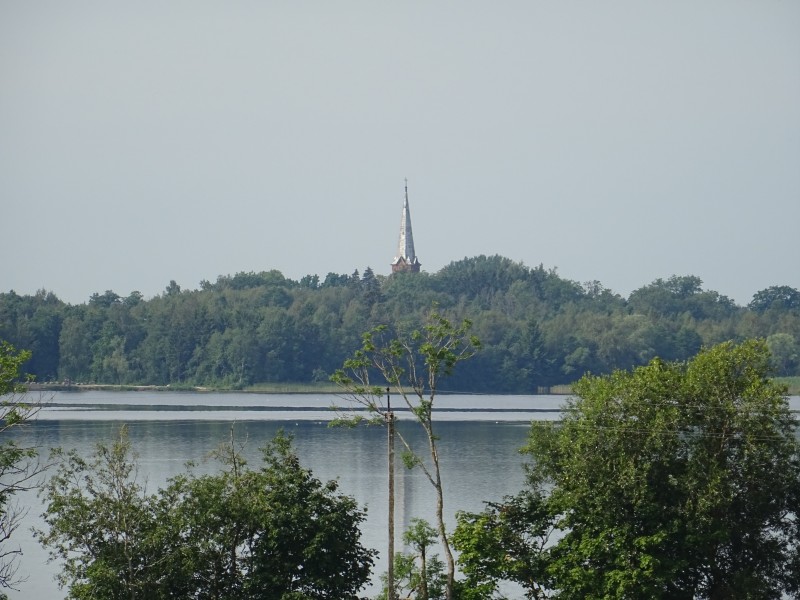 Lake with church behind trees

Cycling today was surprisingly easy, and I managed to keep an average speed of just over 20kmph for the whole day, I listened to the random songs on my MP3 player for about 6-7 hours. 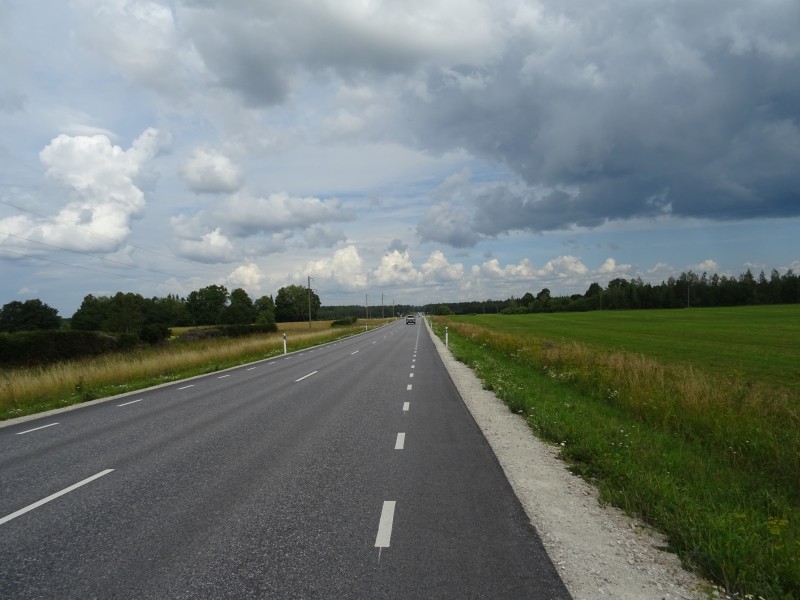 I stopped after 50km (energy drink and cake), and then at 100km (at Väike Maarga) for lunch (another energy drink, a cheese/peanut-butter/nuts sandwich, and half a bar of chocolate. On both stops I read a chapter from Jane Eyre. 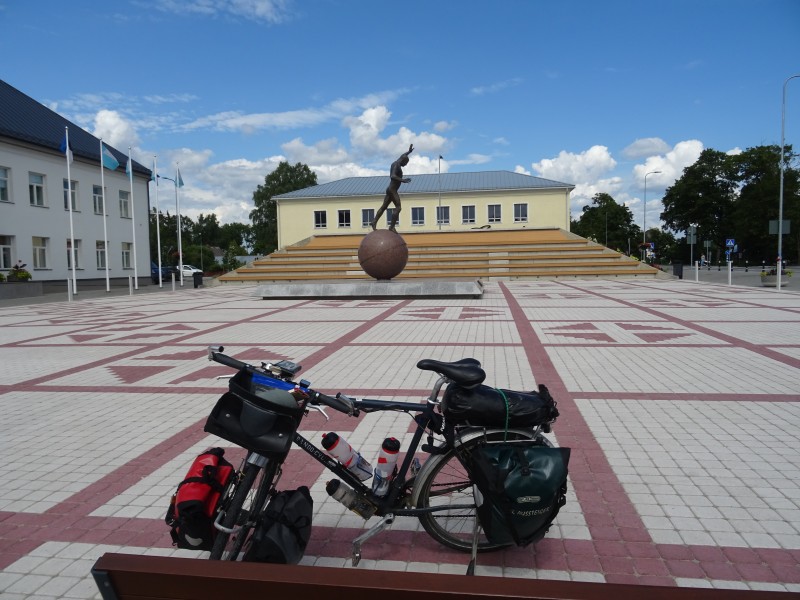 Square outside the town hall in Väike Maarja

I cycled around Rakvere at around 120k, passing a cemetery for German soldiers, which was part of a German military hospital during World War II. 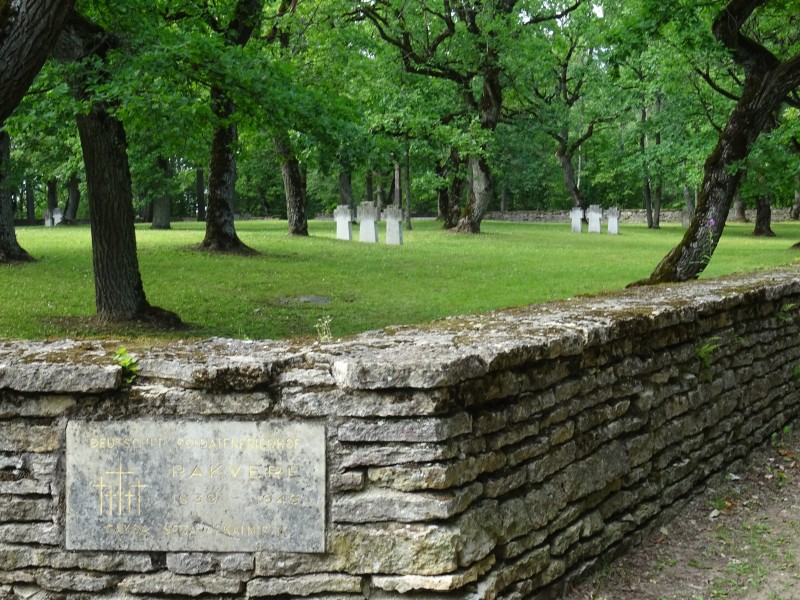 At one point I cycled past a couple and a man held out his arm at me, but I didn’t understand the gesture, he was not waving or putting is thumb up, and didn’t seem to be smiling, but he was looking directly at me. I slowed down and he said something to me in Estonian, which at least didn’t sound particularly threatening, I said “I don’t understand…” at which point he turned around and I carried on and wondered for the next quarter of an hour if he meant to impart some important knowledge to me, but nothing significant happened on the subsequent road except around 10km of road works, which in , this case, weren’t very disruptive. There were no traffic lights, only yellow-jacketed men waving cars past, and who would wave me past unconditionally. Most of the road was open despite the resurfacing.

About 20km from the campsite I noticed that I had a choice between 3 campsites, one was the original one I had aimed for, which was north east, the other two were north-west. By taking the north-west option I would perhaps miss some of the coast, but having two campsites on the map meant that my accommodation options would be more secure for tonight, so I chose the north-west ones. These were actually slightly further away, and I was also glad that this would make my day at least 163km - a number which is significant to me because it is 100 miles, and would be the first “century” I have done in some years. 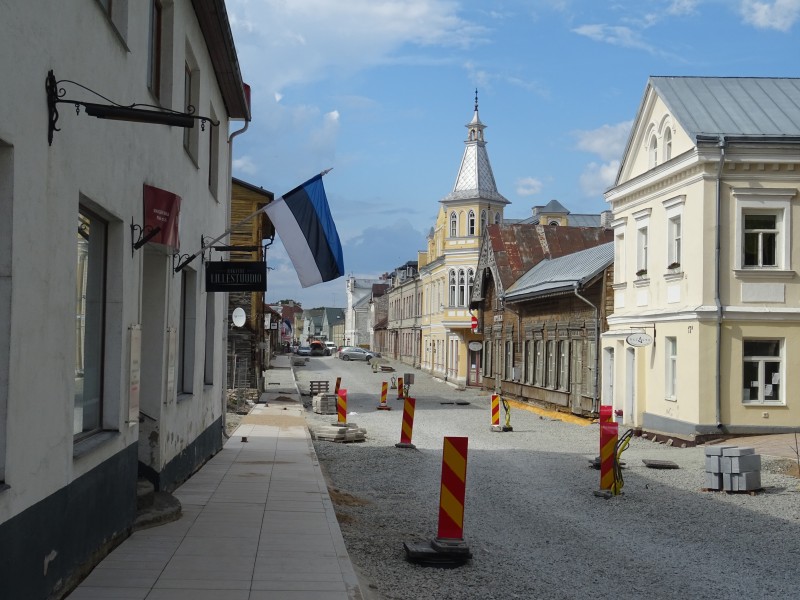 I was, I noticed, riding through the Lahemaa National Park, which had been recommended to me on a few times, once by a girl in Riga, and the other time just last night by two or three separate people. I wasn’t particularly interested in being here however, I think it’s more popular for hiking and such things, I would like to see the coast, but as it turns out you can’t see it from the road at all.

The first campsite I arrived at was a free campsite. There was nobody there, but it was clearly indicated that you could camp, and light a fire. There was firewood, dry or chemical toilets and a sheltered, long, table. It seemed lonely and a four wheel drive stopped at the entrance while I cycled into investigate and I had the (surely wrong) impression that I was being watched. I decided to check out the other campsite first, although this one seemed ideally ideal, it didn’t have Wifi - at least that was my excuse. 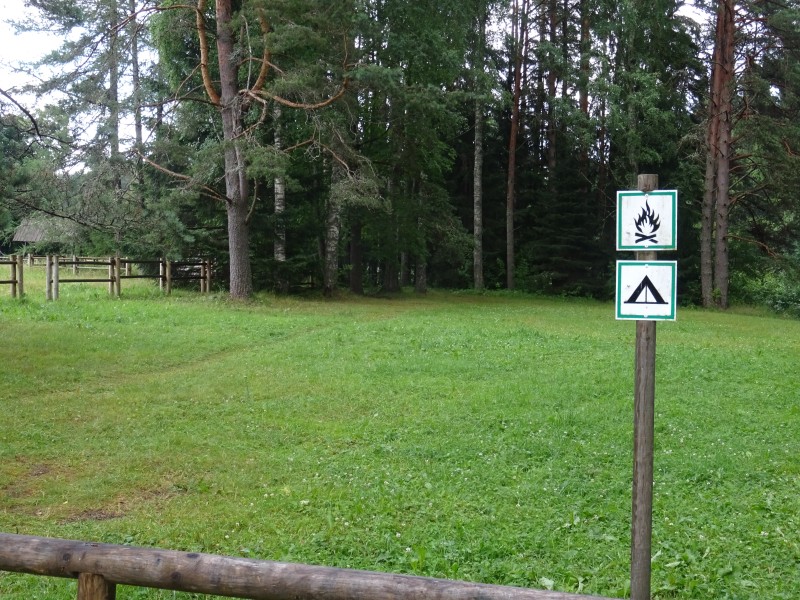 The next campsite on my map didn’t exist at all, there was no trace of it in the village where it was situated, I could go back to the free campsite or carry on another 13km to the next settlement which had a number of campsites and a hostel.

I was now clearly breaking into my all time top 10 touring rides for distance, but the time wasn’t very extreme (by contrast I think I’ve had rides some years previous of 13 hours achieving 160km or less).

When I entered the town I perked up at the idea of staying in a hostel, presumably full with hikers and outdoor people, and as it’s in a village there would surely be an opportunity to get a pizza and some beer.

I almost didn’t stay at the hostel, it was only by chance that when I wheeled up and opened the door the owner was in the kitchen to meet a repairman - I think if she were not there I would not have gone to the effort of phoning - it wasn’t a “hostel” hostel, it was more of a guest-house with communal facilities.

When she told me the price was €30 part of me said “No!” and the other part felt committed already and was looking forward to the pizza. I said I’d think about it and went outside and studied my map for a minute, if only to see the campsite just 1km down the road which I knew was there, and I decided to stay. 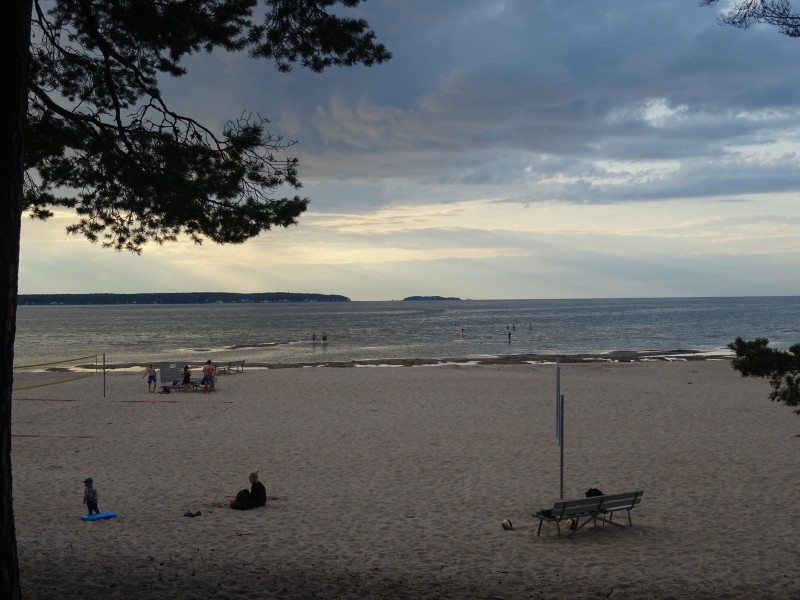 “What time will you leave?” “err, 8 or 9” “If you leave at 9, then leave the key in the post office next door” She didn’t give me an option for leaving before 9.

I felt bad until she showed me the room, it is a spacious minimal room with a terrace with two beds, so now all I needed was that pizza. So I left, the first restaurant had none, only a “vegetarian option” of fries and some vegetables. The next was only slightly better by offering pasta and feta cheese, for €5. I ordered a beer too, and was surprised that that put the price at €9! The pasta was none that good also, and the croutons which were spread over the top were stale. 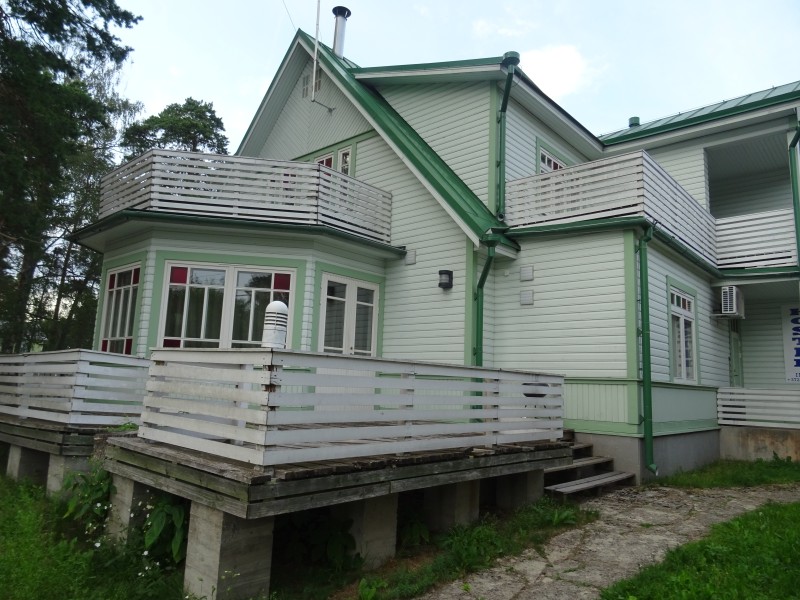 Still, the supermarket is open (I hope), and there is (I hope) Wifi at the hostel, and I should be able to retire with a few beers and maybe I can finish watching Game of Thrones and see how everybody lives happily ever after.

Tomorrow should be my last bike ride (or at least I can easily cover the remaining distance to Tallinn in one day). I should have about 1 week in Tallinn unless I decide to return to Berlin early.