Tallinn to Helsinki to Travemunde

I am now in the campsite at Travemunde, which was conveniently immediately outside of the ferry port. I had originally planned to cycle directly, overnight, to Rostock (100km) and reasoned that I would arrive at 4am and be able then to get the first train to Berlin, and that the cycle ride would be good and hoped the sky would be clear, but the weather forecast was poor, and in the hours preceding the arrival it had been pouring in rain. The weather now however is fine, but the campsite is good enough. 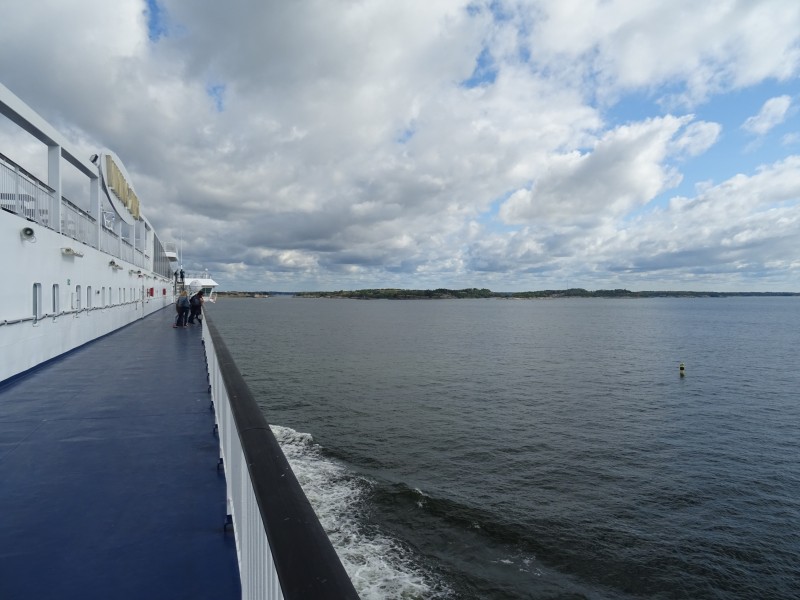 Two days ago I succeeded in getting up early at the hostel, helping myself to the complementary coffee, cornflakes and milk and left at around 06:30. My first task was to get the ferry from Tallinn to Helsinki, the ferry port was only 15 or so leisurely minutes from the hostel, and I arrived with plently of time and did not wait long before boarding started and it left promptly at 08:00, the journey was around 75km across the baltic sea and took 2 hours or so. 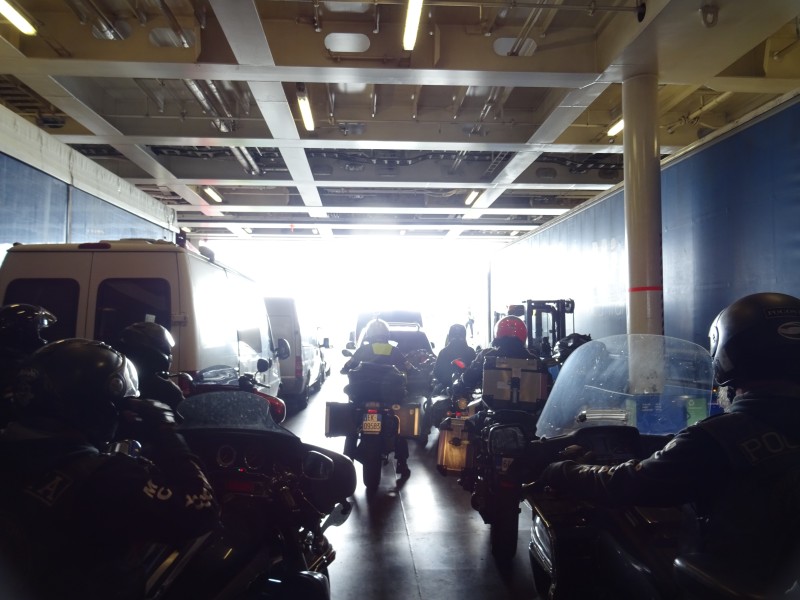 Arriving in Helsinki I had some time to kill, and rode around with no particular aim other than to attempt to get a feel for the place before returning to the port to get the ferry at around 15:00 (it was leaving at 17:00). What I didn’t realise is that the ferry did not leave from the same port as the one in which I arrived, but another 18km away. 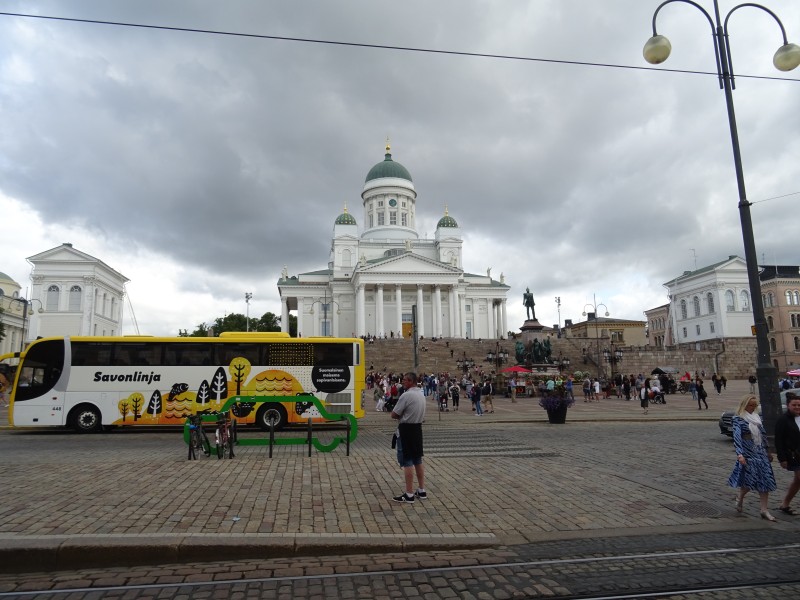 I had experienced considerable stress the previous day when I booked the ferry, which is hard to account for, but it boiled down to the fact that I booked the 17:00 sailing to Travemunde, and the ferry I was going to book to Helsinki was leaving at 12:00, and arriving at 14:30, and as the check-in was to “close” at 15:00 I would have only “just” enough time to make it, as I assumed the ferry would leave from the same port, the stress was made worse by the fact that I had got a non-refundable ticket for €250, and I really did not want to miss the boat. I erred on the side of caution and got the earlier boat, and am glad I did, as I think I would have certainly missed the ferry if I left at 12 and then had to cycle 18km.

As it was I had a cycle around Helsinki for a couple of hours before starting my cycle ride to the further port. Finland, or at least Helsinki, seems like a good place for cycling, over the 18km there were numerous cycle paths and no need at all to cycle on the road. Another thing I noticed is that people were quite cheerful and would smile, apparently Finland ranked 1st in the happiness index in 2018 and 2019. 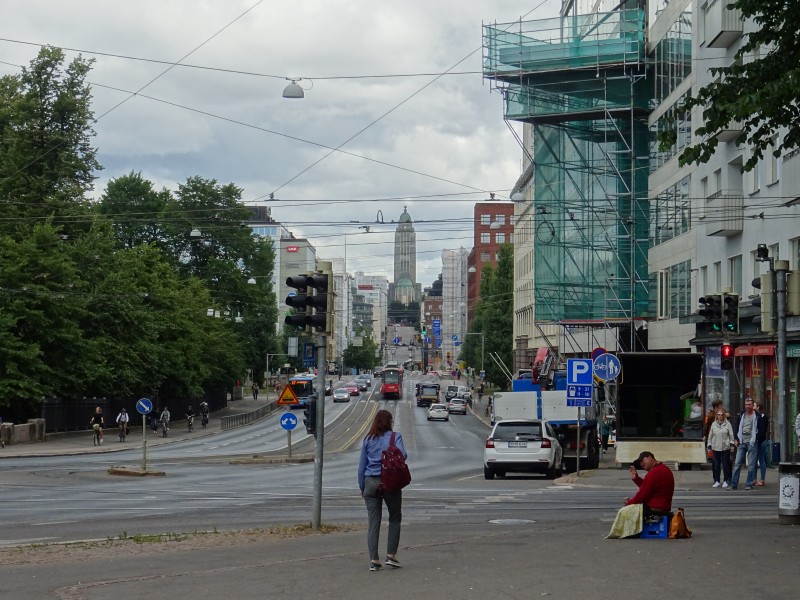 A Street in Helsinki

As I came into the check-in there was a cycling family checking in with bright yellow jackets, when they moved on I was greeted by a friendly girl who cheerfully took my documents and handed me a ticket for the bike and a yellow vest (“because you will be cycling near the lorries etc”). “Is there anywhere to sit down?” “Well, theres the toilet, and the terminal, but the terminal is locked” “So, just the toilet then?” “err, yeah. You need to wait for around 2 hours”. 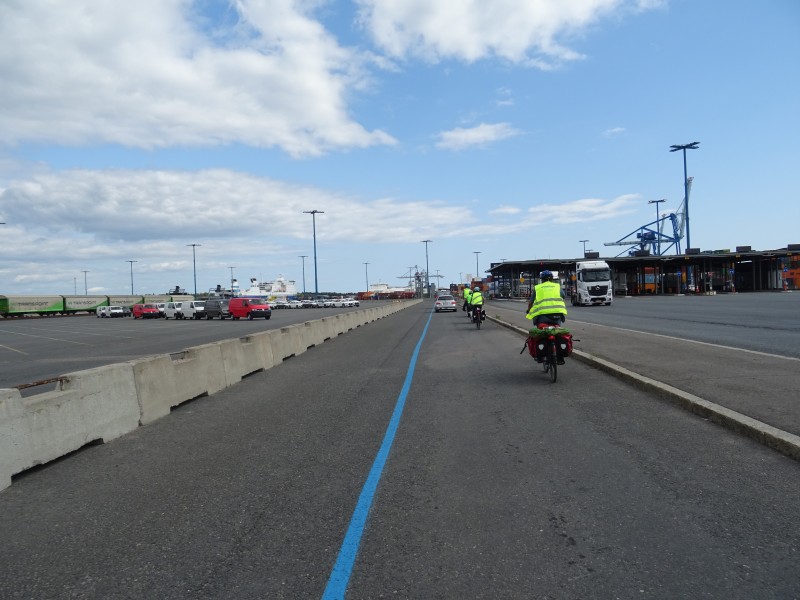 Yellow jackets being led the boat

The other cyclists had already started sitting on the road barrier beyond the checked gate, and I waved, left to use the toilet, and came back and joined them. The family hadn’t cycled so far, and had rented a holiday cottage around 80km inland. They were also from Berlin and had decided to travel in a more eco-friendly way, another German couple had travelled across from Gothenberg. As the 2 hours passed by more cyclists joined, and I think I succeeded in speaking to most of them finally, although curiously I spoke to none on the ferry trip itself.

We were the last ones on the boat, and had to watch all the lanes of traffic go before us, before we were told to follow a leading car to the boat and we went up the ramp and were inside. 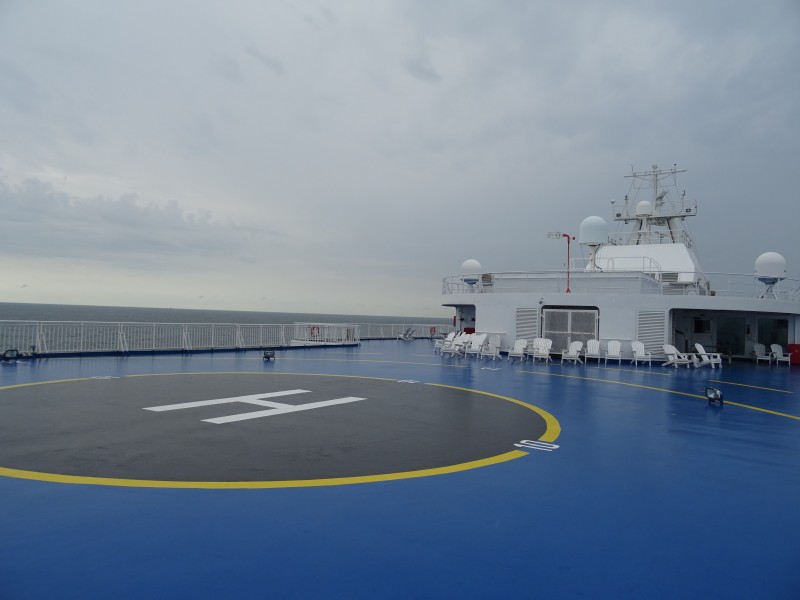 I went directly upstairs and got a coffee. I would have gotten a cake, but everything was outrageously expensive. A pizza slice was €8 (and it wasn’t large), and dinner €30. I spent my first few hours programming, then reading. In the evening there was live music, the jazz duo played a variety of popular songs, frequently featuring duelling solos which would elicit scattered applause. They were actually quite good, the singer was playing a 7 string bass and using a variety of pedals for both the bass and his voice (for adding harmonies), but I enjoyed the guitarist the most. I treated myself to two beers, costing €5 each.

I had suspected that the food would be beyond what I’d feel comfortable paying for, so I came more-or-less prepared. For dinner I had a can of baked beans (slyly stealing a fork from the restaurant), and I had prepared several sandwiches at the hostel, in addition to this I had some biscuits and some chilli-nuts, I haven’t eaten at all well over the past 48 hours and am looking forward to getting some real food tomorrow.

I didn’t reserve a cabin, which I regretted because it was only €20-30 extra and would have made my journey far more comfortable. When it came to sleeping I had my sleeping bag and reposed curled up on two seats. There was lots of noise from the bar on the deck below and people were talking freely on the current deck and I was not at all comfortable, out of all the passengers I’d guess 90% had cabins, and the number of “recliner seats” (my accommodation choice) was very limited. 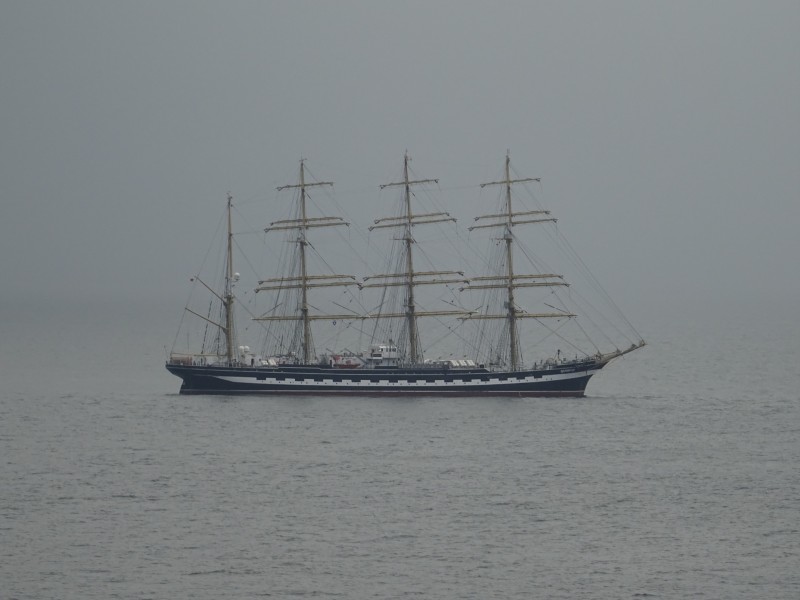 I didn’t sleep well accordingly and woke early and made my way to the cafe for another expensive coffee and did some more work. The internet on my mobile phone would occasionally start working when the boat passed close enough to land, and I was curious about the on-board Wifi, but less so when I saw the cost - €25 for 24 hours.

As previously hinted at, I saw some of the cyclists I had met at the ferry port, but was not inclined to talk to any of them. At one point I was watching the music and I realised I was sitting in front of a group of them who were chatting for the first time, I turned around and was going to participate but the moment never came and so I don’t think in I spoke with anybody again until the next day when we were debarking.

We were the last ones on the ferry and some of the last off, I made my way to the campsite. I had hoped to get something to eat, but the restaurant had just stopped serving. I’m not so hungry however, it’s more the quality of food that I’m lacking (having eaten far too many nuts and biscuits). I think there is a supermarket not far from the campsite and will endeavour to get some breakfast.

I’m still not sure what my plan is tomorrow, I will certainly make it back to Berlin by train, it’s just a question of whether I cycle to Rostock, or get the train from here.