« Man with Bicycle
Bielefeld to Geschner »

This year I’m cycling from Germany to Scotland.

I will leave today.

This tour marks 10 years since I first left England and stepped foot in Europe. I left Bath on 30th birthday (give or take a day or two), my birthday is in 5 days from today, so this is something like the reverse operation 10 years later.

At the time I had worked in the same company for 3 years, and had handed in my notice some 3 months earlier with the intention of cycling around France (partially with my father).

But first I decided I would cycle to Scotland.

It was my first cycle tour, and I calculated that it would take me 2 weeks (the maximimum as we had booked the ferry to France in advance). 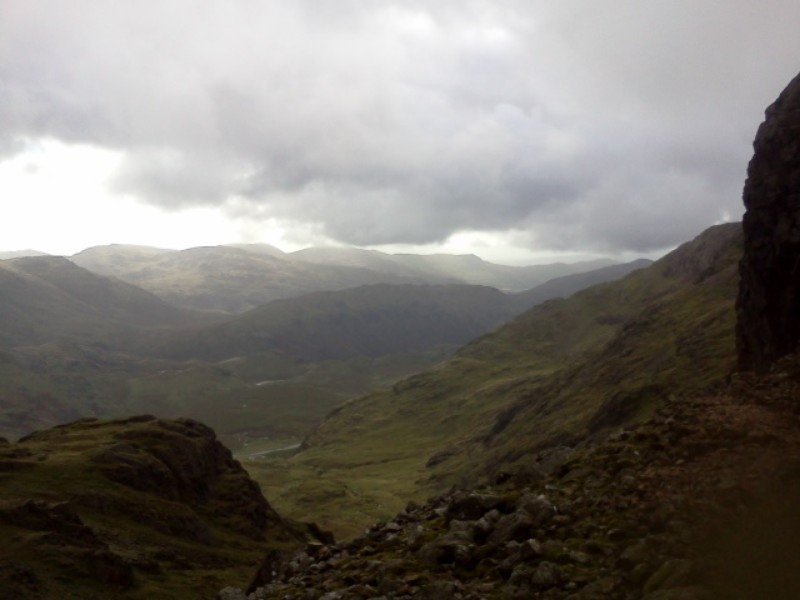 You learn alot when you do something new, and I learnt that: 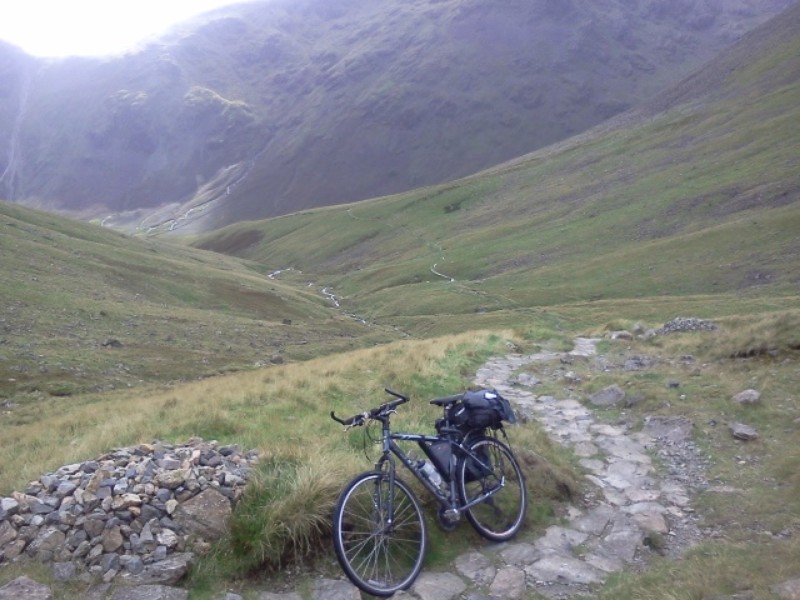 I went up through Birmingham, Manchester, through the Peak District (climbing Ska Fell on the way), to Cockermouth and then to Carlisle.

It had taken about one and a half weeks, and I relalised that I would have to turn back if I were to cycle back to the south coast. In my blind ignorance I assumed I could cover what had taken me one and a half weeks in 4 days if I just kept cycling. I think this is when I started to realise my limits and after a couple of days I was forced to get the train.

I made it back to the south coast in time, and I got the ferry to France with my Dad, we cycled together to Santander, and I then cycled east, over the Pyrénées, to Cannes over the Alps (in early November) to Lac Léman, and then, to be brief, I moved to Paris and stayed there for 3 years. 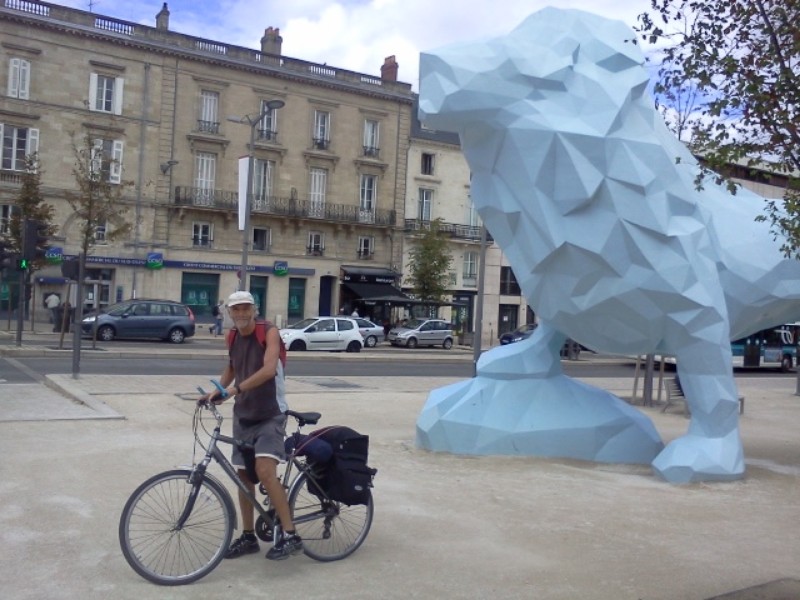 I cycled the from St Malo to Santander with my father 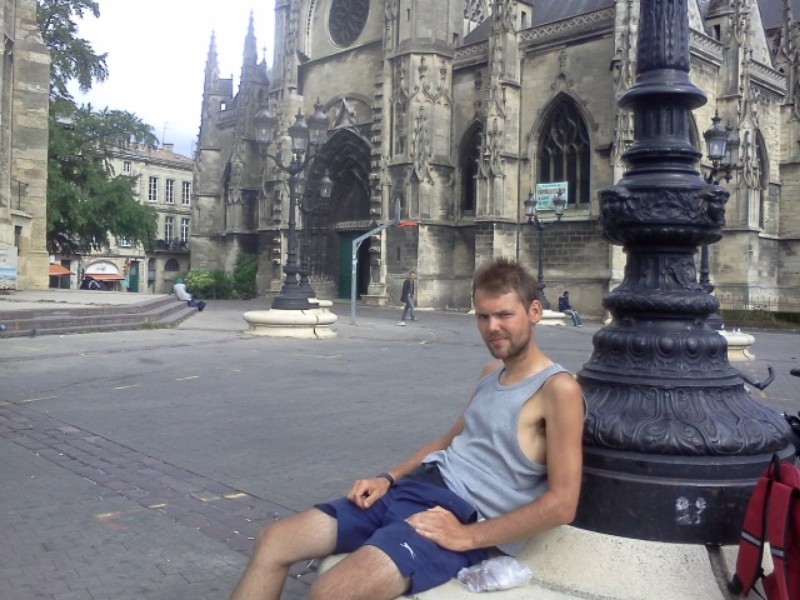 Me sitting somewhere in France 10 years ago

Europe has been my home ever since.

I never did make it to Scotland 10 years ago but that’s not the reason I’m going. My brother has moved there with his partner and their new daughter and I’m visiting them for the first time.

« Man with Bicycle
Bielefeld to Geschner »