« Apeldoorn to Haarlem
Newcastle to Seahouses »

Slept well in the hostel but was awake at 7am, and out of bed at eight. I went downstairs to get a coffee. The reception was open but the host was busy making bread and wouldn’t serve coffee until 8:30. I sat down and started programming with bleary eyes. Finally I ordered some scrambled egg which came with the warm freshly made bread.

Today I wanted to sort out my sleeping problem - I noticed a large camping shop when I came in to the town yesterday evening, so I checked out of the hostel and left my stuff “under the stairs” and left at 9:30 to find some camping gear.

I was early and had to wait thirty minutes for the shop to open, and I sat down for a coffee and a chocolate croissant, and read the instructions for my new headphones: the batteries last > 6 hours and they charge in 2 hours. After digesting this information for 30 minutes I paid and left. 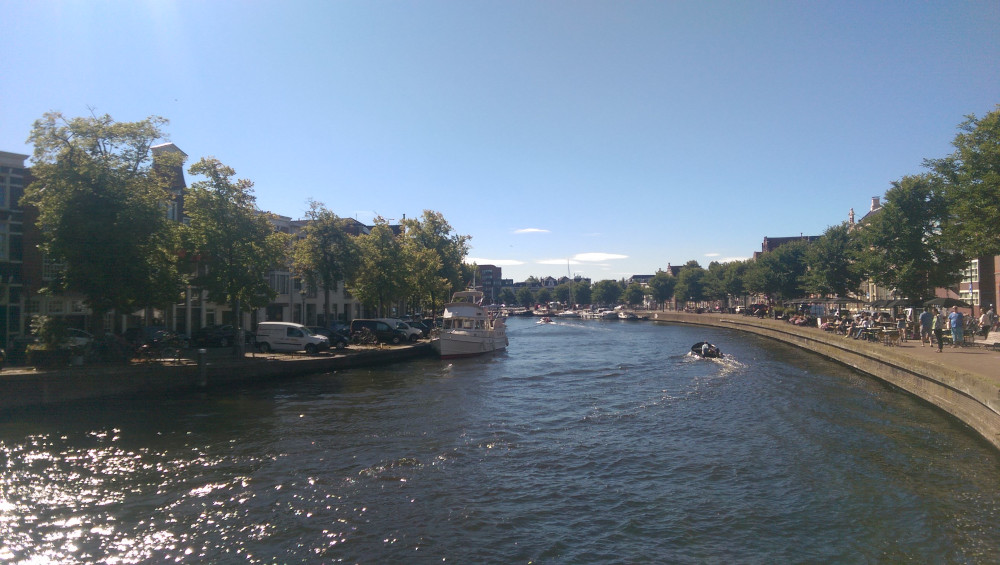 The camping shop was rather large and I asked a (young) sales guy my problem. I had brought both my leaking air mattress and sleeping bag with me to help illustrate the issues I was having.

I had intended to get a new Thermarest and hopefully leave my current air mattress at the camping shop, where maybe they could recycle it. The Thermarest cost €79, but I ended up getting a lighter and more expensive one for €129. The problem then shifted to the sleeping bag - I had a look at some liners which can add about 2-4 degrees to the sleeping bag temperature, and then at a warmer sleeping bag. 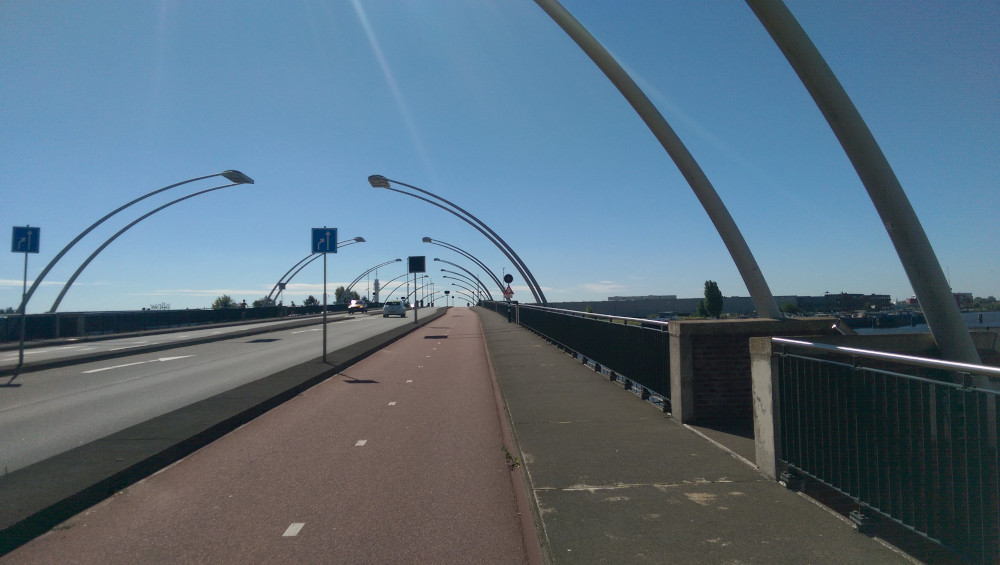 Got lost after crossing this bridge

I visited a supermarket and picked up some two vegan bean meals, some cheese slices and some bread then went back to the hostel and picked up my bags, said goodbye, and collected my bike from the garage.

The next task was to cycle to the port and buy a ferry ticket. I didn’t buy a ticket online, as my German bank card is not a credit card. So I had to go to the port.

The port was about 14k from Haarlem but I still managed to get lost a few times on the way. The town was Ijmuiden, and before going to the port I went to a supermarket and got some whiskey.

It was pretty easy to find the “DFDS” ferry terminal. I cycled up and it looked abandoned, but on closer inspection there were people manning the ticket desks. I asked for a ticket - it cost €180 or so, which was cheaper than it was online. She then explained that I had to fill in an online form with about 20 questions, finishing with: “Why do you think you are exempt from two week quarantine”, and the ticket lady said “you just say you are coming from Holland, a safe country”. 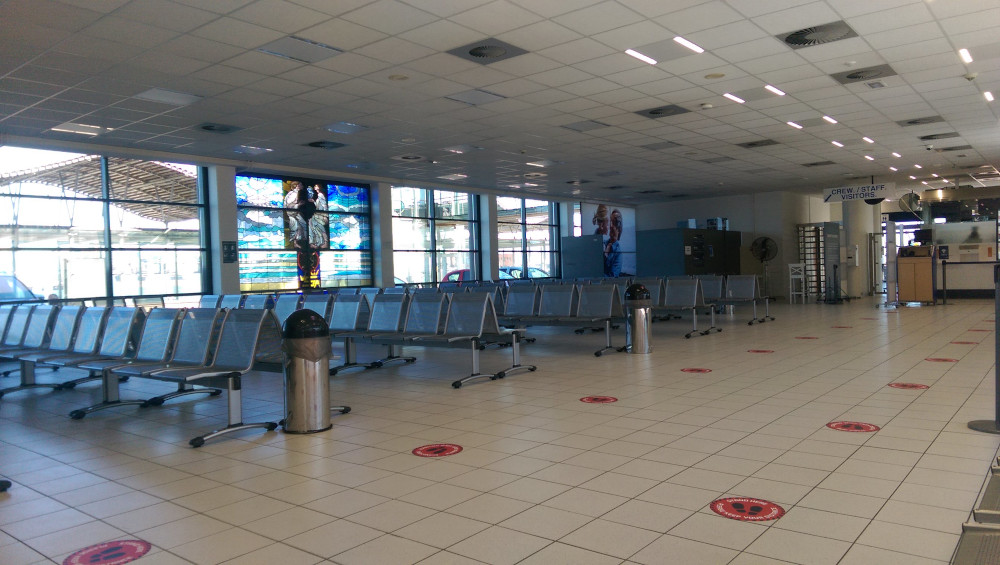 The ticket was with a cabin, and there were no tickets without a cabin. The prices onboard seem a little bit cheaper than Helsinki - Travemunde last year (breakfast is €11, dinner €29, coffee is €3.95). Internet is stupid expensive (e.g. €20 for 24h).

I am cutting this blog post short as I will not have internet later on, but should arrive in Newcastle at around 9am and the can start cycling north.

My initial route looks something like this, but may take a train from Glasgow to Inverness: 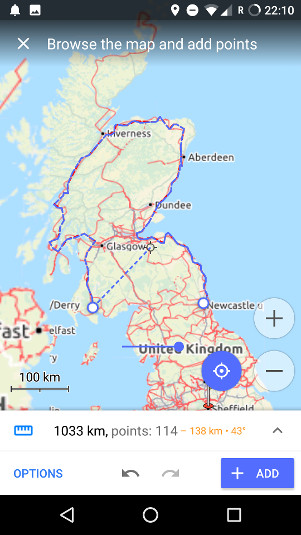 « Apeldoorn to Haarlem
Newcastle to Seahouses »