« Haarlem to Newcastle
Seahouses to Edinburgh »

I wasted the night watching a film (“Get Out”) and an episode and a half of “The Thick of It” in my cabin. I was woken at 8am by an announcement on the in-cabin PA system - we would be arriving at at 10am ship-time and breakfast would be served blah blah.

I didn’t know exactly what “ship time” was but assumed it would be the same time zone as Holland - which meant I had two hours.

When the time came I got on to the car deck threaded my way through the heavy freight lorries and found my bike loaded my stuff and got ready to leave. The ramps were lowered and I put my mask on and left.

The ticket lady in Holland said that I needed to wear my mask when leaving the boat. I rode straight up to the customs booth. “Hello mate” I said, taking a familiar tone, “Can you take your mask of please so I can see your face” “sure - do I need to wear the mask?” “Only in enclosed spaces” 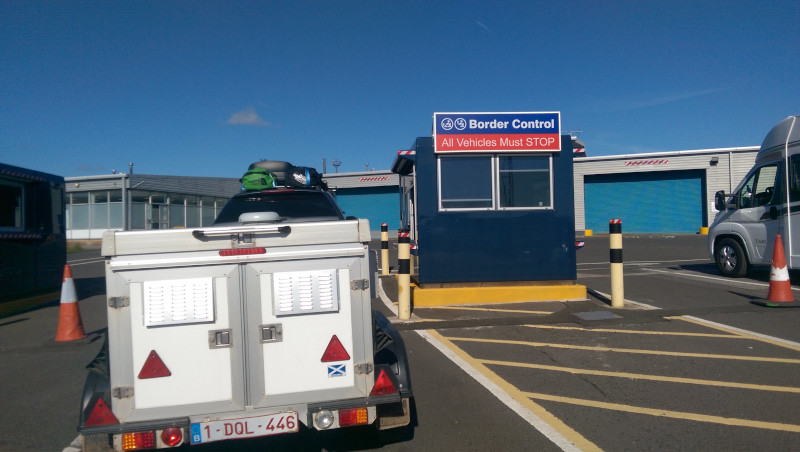 From being on the ferry to being on the street took only 7 minutes or so. I was the only cyclist that I was aware of.

Despite the destination, the ferry didn’t go to Newcastle, but to North Shields and I was able, almost immediately to join National Cycle Route 1.

North Shields was very scenic, and the weather has been fine all day. In fact most of the 6 hours on the bike today were quite pleasant and almost every single person that I passed said “hello”, everybody seems very friendly: 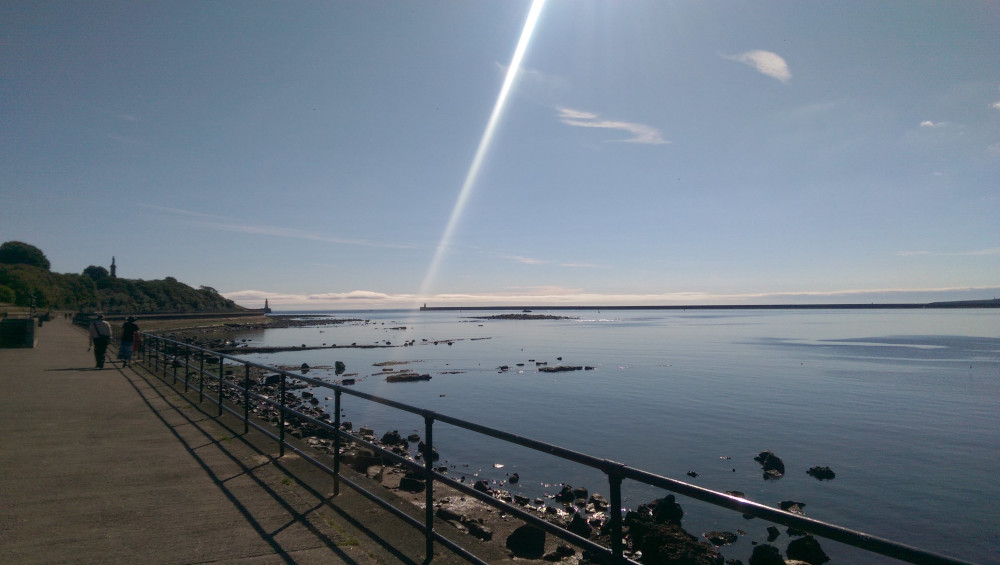 As I’m riding past people I can hear fragments of conversation, and don’t always recognize them as being English, my brain is still adjusting to being in England. Another thing is cycling on the left, and having to reason in miles and not kilometers - it’s strange - all road signs show distances in miles, but some meters and others feet and yards.

I passed maybe 4 castles today and was cycling along the coast with the sea salt smell in the air. There were lots of hills which I actually like - it gives the day more variation. 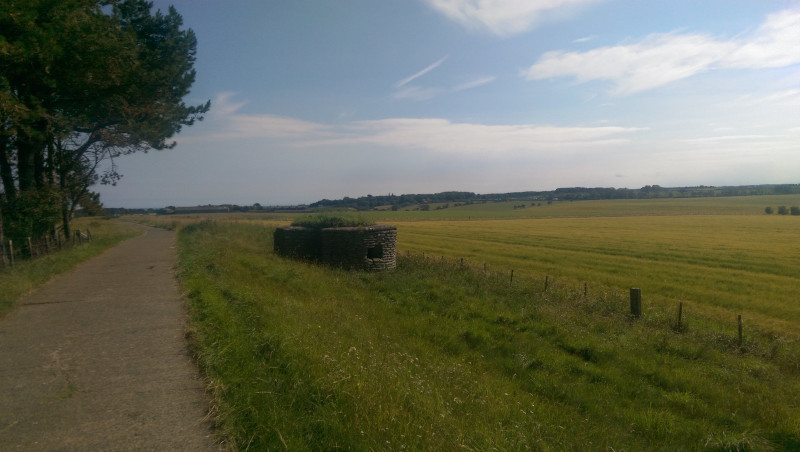 “Hello - do you know if there are any cycle paths around here?” said a passing girl as I was sitting on an overgrown bench on the coast drinking a beer.

“Erm, I’m cycling on the road, but, there is a cycle path inland, but I missed it - here I’ll show you on my phone”

“I can just google it”

“Well, you take care then! Have a nice day!”

“Are you from here?”

“No, I’m from Weymouth originally”

“That’s down south? I had a friend in Surbuton”

“Ah, yes I have relatives there”

“Very rich area, my friend was a nanny, and one time when the parents were away we got plastered”

“Yes, they were away and they were rich and had all booze” 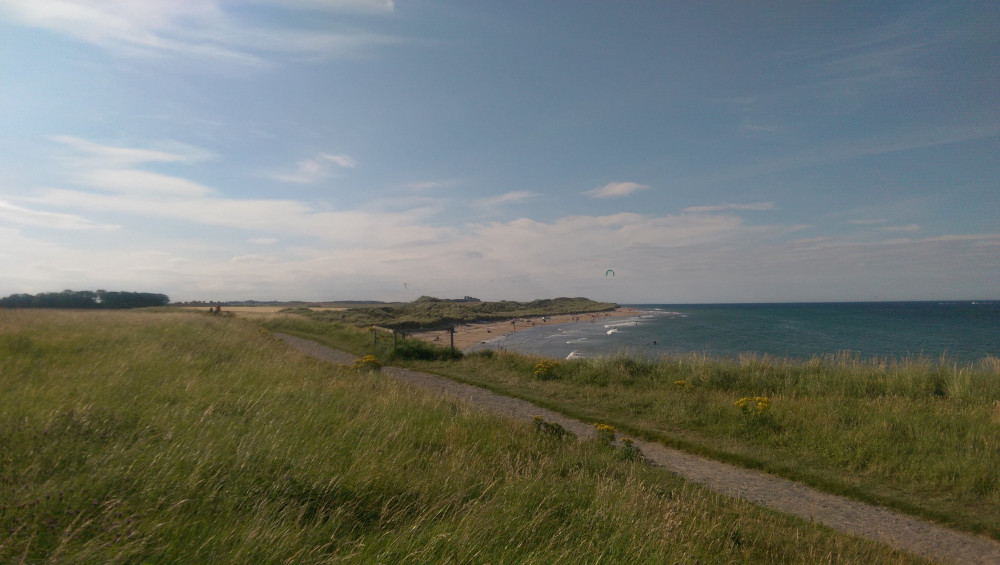 The view from this conversation

After this exchange I decided to stay at the next campsite. The first was a caravan-only park, the second a 5 star camping/holiday resort who had a minimum stay of 2 nights, the third was where I am now.

The man said he could accommodate me “far away from the madding crowd” and I’m camped by a stream on well-kept grass, maybe 100m from the next tent. It cost 10 pounds, has free hot water (as you’d expect in England) but no other facilities that I’ve seen - and nowhere to sit-down with or without the laptop, so I’m typing this blog post, somewhat uncomfortably, on batteries in my tent. 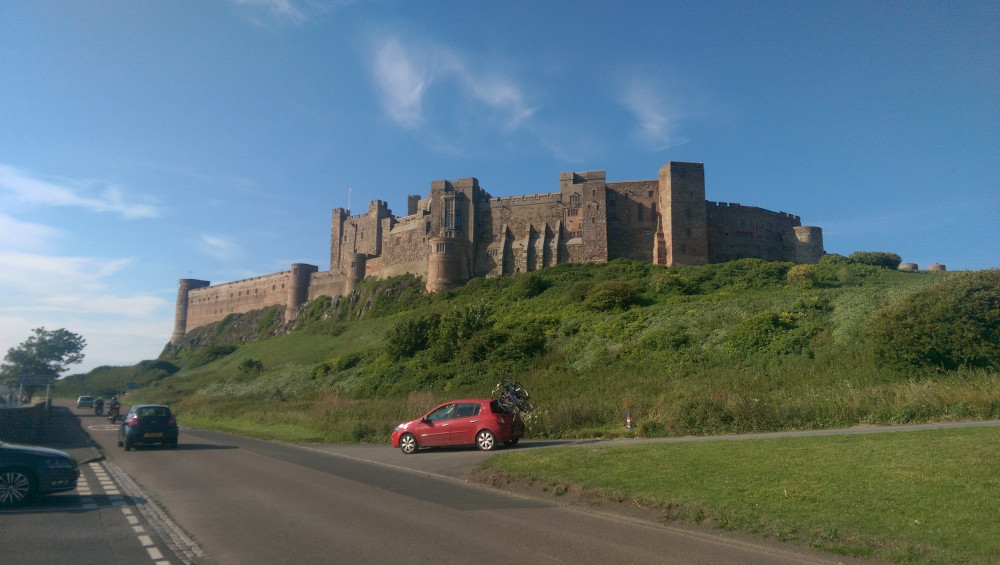 Yesterday I was thinking of cycling up the west coast, including the now-quarantined town of Aberdeen. Now I think I will cycle through the middle of Scotland to Inverness. Not just because of the quarantine, but because I would pass through the mountains that way, then I can cycle down the east coast of Scotland to my brothers.

I guess I should be in Scotland tomorrow evening.

« Haarlem to Newcastle
Seahouses to Edinburgh »