« Pitlochry to Inverness
Inverness to Fort William (via Loch Ness) »

This morning I had no particular motivation to move from the bed. The thought of cycling another 150km didn’t appeal to me. So I decided to try and stay another night at the hostel.

As I got out of bed I couldn’t help but notice what looked like a scab on my foot. I scraped it and it moved. It was a tick with it’s head stuck and glued under my skin.

This is only the second time I have had a tick that I’m aware of, and both times associated with wild camping. Somebody had previously instructed me on how to remove the tick “get some tweezers and grab it by the head as cleanly as you can and pull”. I used the tweezers on my Swiss Army Knife but only succeeded in breaking the thing in half, leaving it’s head in my foot, and dug in and tried to remove the rest of it as best as I could, maybe these tweezers were not ideal for the task. I disinfected it with some hand sanitizer.

This done, I went to find a coffee and some breakfast. I wandered around the small center of Inverness looking for a bakery or a café, finally finding a place offering cooked breakfasts. When entering I had to provide my phone number and post code at the door.

All cafes and restaurants need to take your contact details for “track and trace”, but they all have different ways of doing it. In this café I had to wait to be seated, when they asked me for my surname, phone number and postcode. I gave them my German phone number and postcode and said “it’s German” but the girl didn’t seem to notice the strange number or postcode.

I sat down and ordered a Vegetarian cooked breakfast, a big breakfast that would get me through the whole day. They didn’t have Wifi or newspapers so I just sat there fidgeting with my map. My mobile roaming data has only a few megabytes left - and it’s not practical to top it up, so I have to wait 16 days (the remaining billing cycle) before it get’s restored.

The breakfast was delicious, they served me (on a plate) a pot of beans, 4 triangles of toast, a vegetarian sausage, two fried tomatoes, a small pancake and two fried eggs.

When I finished I went to pay and was astonished when she said that it would cost £5, it was astonishing because the menu said £10. When she saw my astonishment she said it was “Eat out to help out” and explained it briefly to me: Eat-in food is half price on Monday, Tuesdays and Wednesdays until the end of august with the limit capped at £10 per person.

I paid and left and walked about the town and looked around the shops. I saw an “Entertainment Exchange” which is a chain of stores which sell second hand, refurbished, media devices (e.g. mobile phones, tablets, consoles). 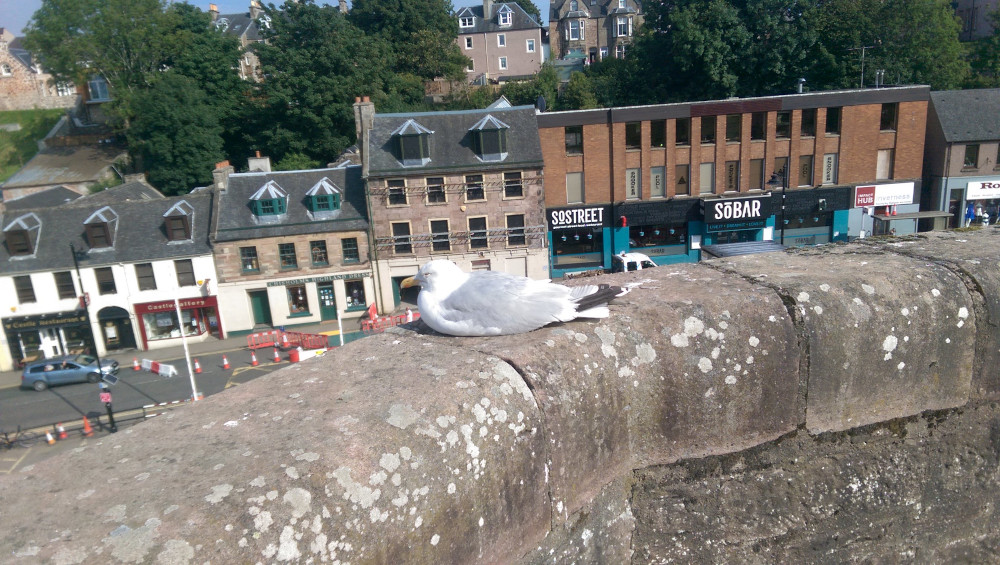 I have been wanting to get a tablet for some years - but only one upon which I can install the Lineage OS (a free and open source distribution of Google’s Android operating system). Which avoids much if not all the rubbish found on the shipped operating systems.

In the shop I saw a number of Samsung tablets, and one Nexus from 2012 (I previously owned two of these, but they both suffered from a shattered screen). I took photos of them and went back to the hostel, Lineage OS would work on one a model from 2016, and the model had good reviews from the time so I went back to the shop and paid £130, and spent the subsequent hours reading instructions and replacing the operating system. 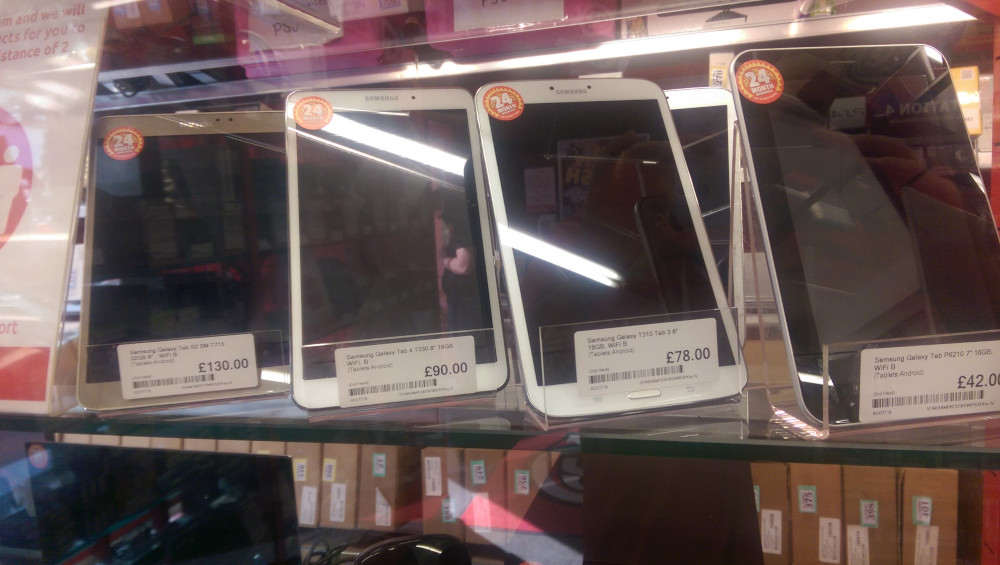 A tablet is really useful to have on a cycle tour - it’s a backup map with GPS - and it’s a great e-book reader. The downside is that I have increased the number of items which require charging:

After configuring my new tablet, I shopped for some underwear and socks. I have had run out of clean underwear (essential for avoiding saddle sore) and rather than paying £10 for a wash, or hand washing them all, I decided to buy some new ones from Primark. Then sat down in Café Nero’s (a chain of coffee chops in the UK) and did some work on my laptop for a few hours. Again everything was half price.

I am now sitting in an Indian Restaurant. English Indian restaurants are unlike Indian Restaurants in other countries, in general, and I wanted to have a “good Indian”. There were three in the immediate vicinity of the hostel. Only one was open however, and it was full “until nine” so I started walking in search of more.

The one I’m sitting in seems to have ample space, I am the only person sitting in this room. Maybe because of the prices - the main dish alone £10.95, the Naan £2.95 and the rice a further £3.95, one beer was around £4. I can’t remember if this is normal in UK, but in Berlin it would cost half as much.

The food was a bit underwhelming, nothing fancy. Normally I’d expect “free” poppadoms and sauces and large servings. But this meal that would cost £23 was not special in any way, I think our local Indian by the office in Berlin serves more interesting food.

When I got the bill, the guy presented me with the full amount - £23: 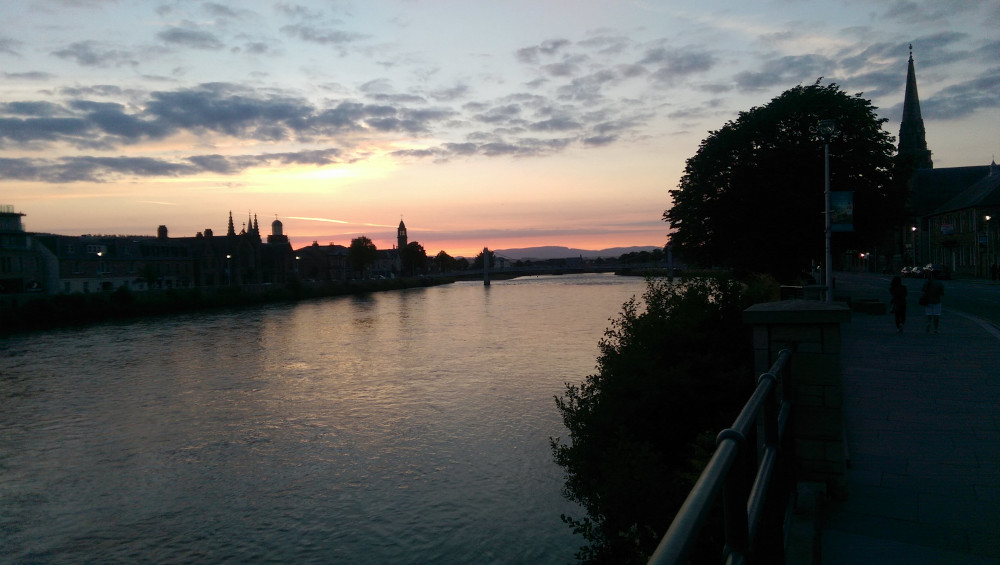 « Pitlochry to Inverness
Inverness to Fort William (via Loch Ness) »