Today was another spectacular day of cycling featuring some of the best scenery of the trip so far, and I wasn’t expecting it.

In the morning I woke and checked my watch. The bunk bed was equipped with a shelf offering USB ports and a power outlet. I had plugged in my phone and battery directly above my head, and when I went to check my phone it slipped and hit me sharply on the head which is when I decided to get out of bed.

I was sharing the 6 bed dorm with just one other person. A young guy that was supposed to be (motor) biking 500 miles around the top coast of Scotland “but my friend bailed on me” he wasn’t very talkative and neither was I but he was a good dorm companion. “See you” “Bye”

I asked the reception guy if I could fetch my bike from the garage. “Nice weather for it” he said - it had been raining heavily in the morning, but at this point it had stopped.

The garage (which was really for storage of the beer kegs) was already open and there was a family of three readying their bikes. The kid was about 14 and the parents late fifties, they were cycling up to Joan-O-Groats - I considered that maybe I should cycle there, almost seems a shame that I won’t do the entire northern coast. But am following my plan, and will stay a few weeks with my brother - or at least see what happens when I get there.

I needed breakfast and had a look about town, I checked out the café where I had breakfast the day before, I would have wanted to sit outside with the bike, but there were no tables, so I found a bakery instead and got an under satisfying vegetable quiche, danish pastry and coffee for £5.95 - the cost of a full and filling vegetarian breakfast from the café with “Eat out to help out”.

I sat by the river side on a bench and then simply got on my bike and started cycling along the river towards Loch Ness.

The weather was damp but it wasn’t raining. Quite soon I came upon my first view of the famous Loch and continued to cycle beside it for an hour or so, it was mostly obstructed by trees but occasionally you’d see the water and the hills on the other side. It is the largest lake by volume in the United Kingdom and probably does not contain a monster at this point in time. It’s actually a fault line. 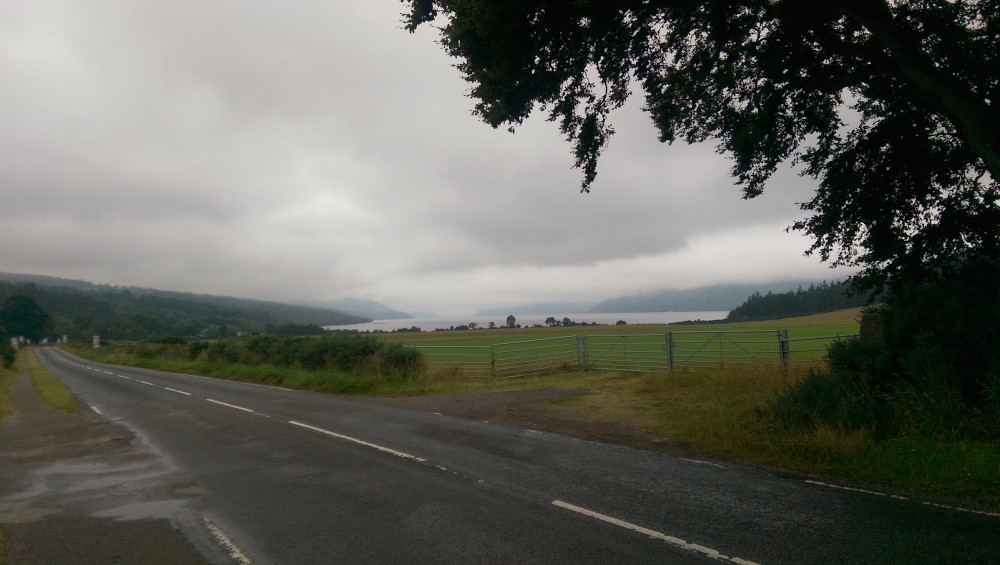 There was very little traffic around and on the lake, I saw a single sailing boat.

I thought that Loch Ness would be the highlight, but today could be split into four different sections, with Loch Ness being the first.

After Loch Ness the road turned away from the river and I started cycling more slowly, I didn’t notice that I was climbing a mountain pass until I was nearly at the top - when checked my altimeter saw that I was already at 400m, and thought I could see the “summit” - but it was still very cloudily and the visibility wasn’t great, which is a shame as the views would have been great. 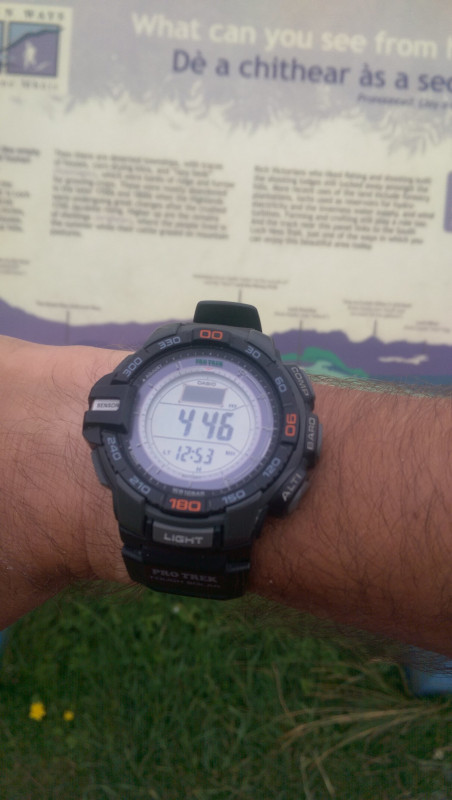 At the top I sat down a stone (there seems to be a lack of benches) and ate lunch - stale bread with cheese triangles, peanut butter and salted honey nuts. The ~300m descent to the town of Fort Augustus was fun and I stopped numerous times on the way down to take photos of the unfolding scenery. 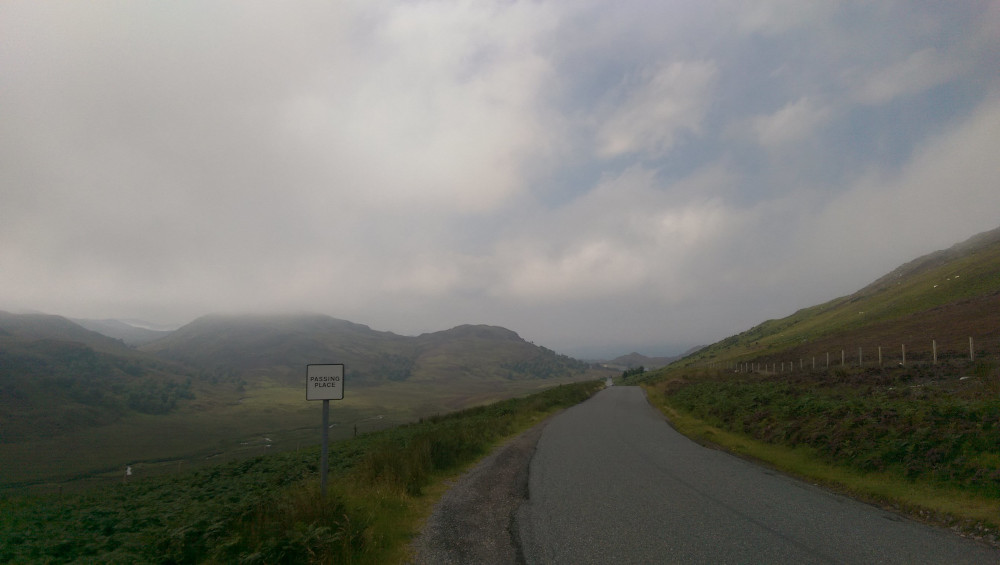 Scenery on the descent 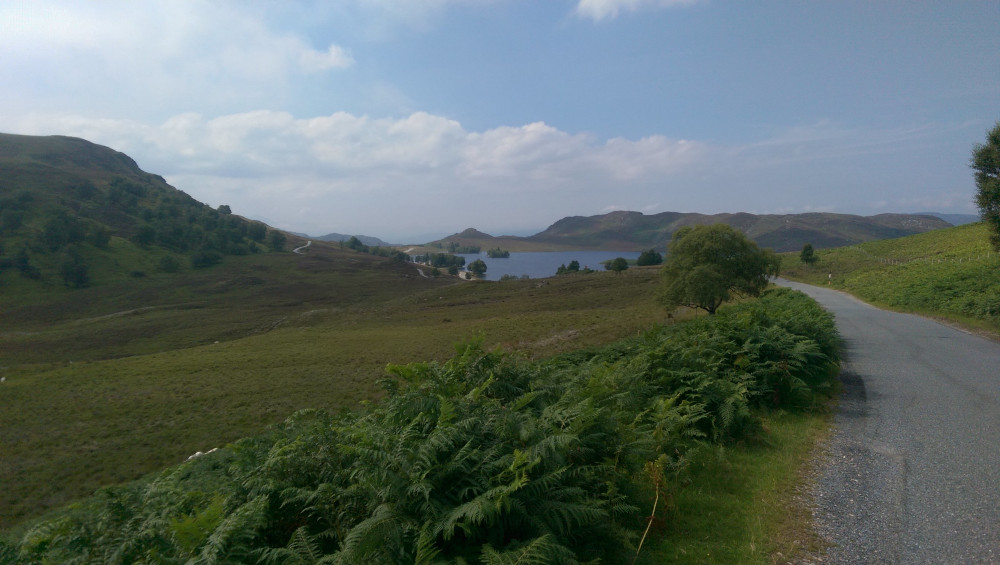 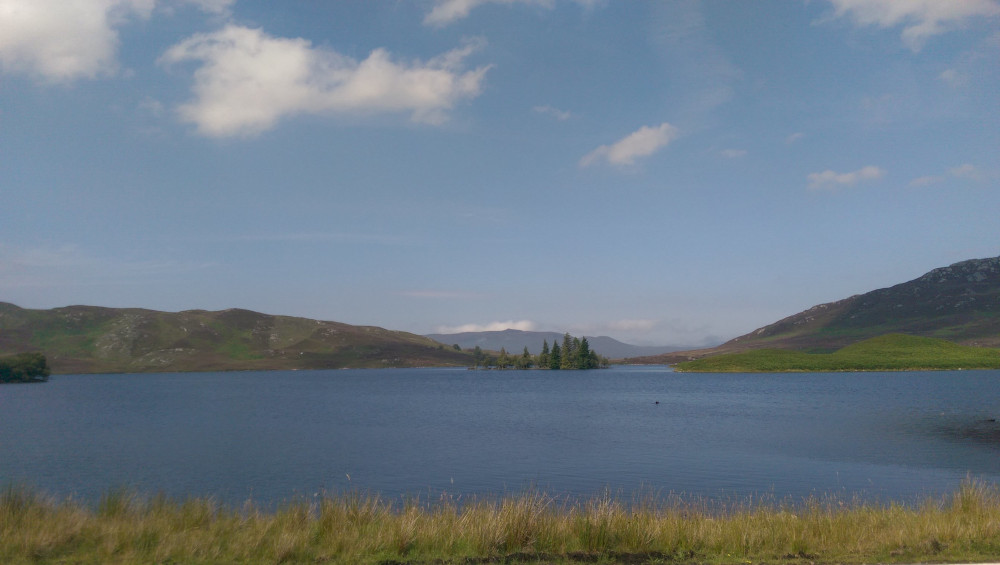 The town, being at the other end of Loch Ness, was full of tourists, and there was little space for a cycle tourer to buy a beer, but I found a petrol station was doubled as a “Londis” convenience store and got a single Stella Aritois beer and 4 millionaire shortbreads, then sat down on the free benches outside the public toilets and ate two shortbreads and an apple and was happy to start moving again.

Now I joined the path which ran along side the Caledonia canal build to link Inverness in the east with Fort William in the west. It was flat (of course) which was a relief, but not particularly interesting. Later I joined path which ran on a failed railway line which was to join Inverness with Fort William, constructed at the turn of the century the company went out of business in 1946 or there abouts. Old railways always make good cycle paths. 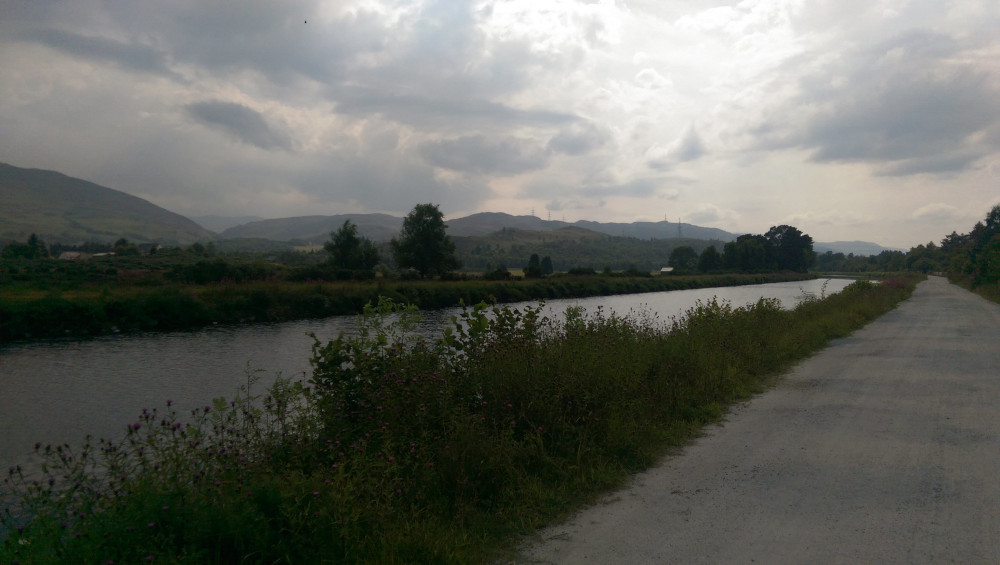 After this the route went onto a forest road, there were warnings of “forest works in progress” and indeed at one point my way was blocked by a digger with it’s bucket arching over the entire road and the engine was on, I approached cautiously and the driver saw me and waved me through.

My water was running a bit low, and I was riding through past the steep banks leading into the Loch and there were many small streams gushing from the side of the road into pools of water which drained into the lake, I stopped at one and filled a plastic bottle, I tasted it and it tasted fine and was cool and crystal clear. 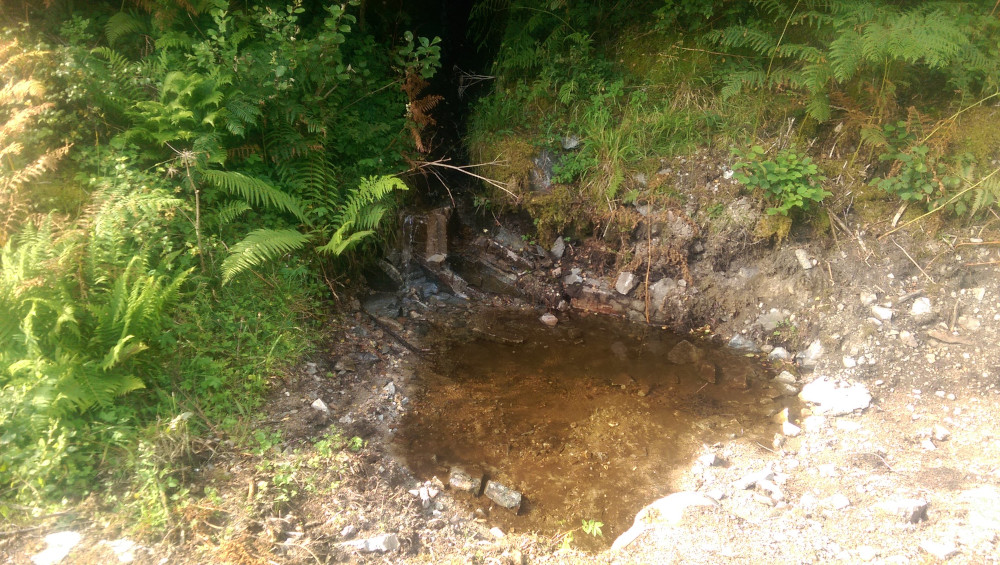 As I exited this section I rejoined the canal path and saw some very grand mountains on the horizon. The highest one was surrounded conspicuously by clouds, I guessed that it was Ben Nevis (the highest mountain in the United Kingdom) and my suspicion was soon confirmed. I had no idea that Ben Nevis was here, it still had snow on it.

My foot was itching, and on inspection it was the one in which I had failed to extract the tick, I decided to have another attempt at extracting the rest of it, and succeeded partially, but I think there is still a black dot. Hopefully it will grow out, I probably should get a more suitable pair of tweezers. The “wound” doesn’t seem to be as irritated now however. 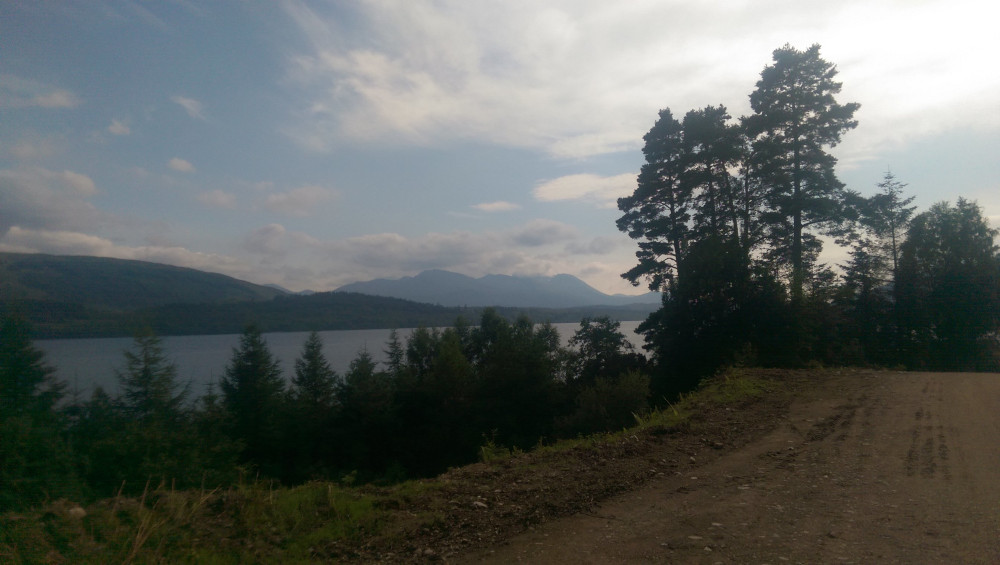 Finally I cycled into Fort William, having covered around 110km. I decided to try and stay in one of the hostels on the map, and failing that continue to wild camp. The first hostel was up a very steep hill, and they had a bed, but due to Covid they would charge me for an entire dorm room - £50. The woman was apologetic (she wasn’t the boss) and I said I try the “backpackers” which was up yet another very steep hill. 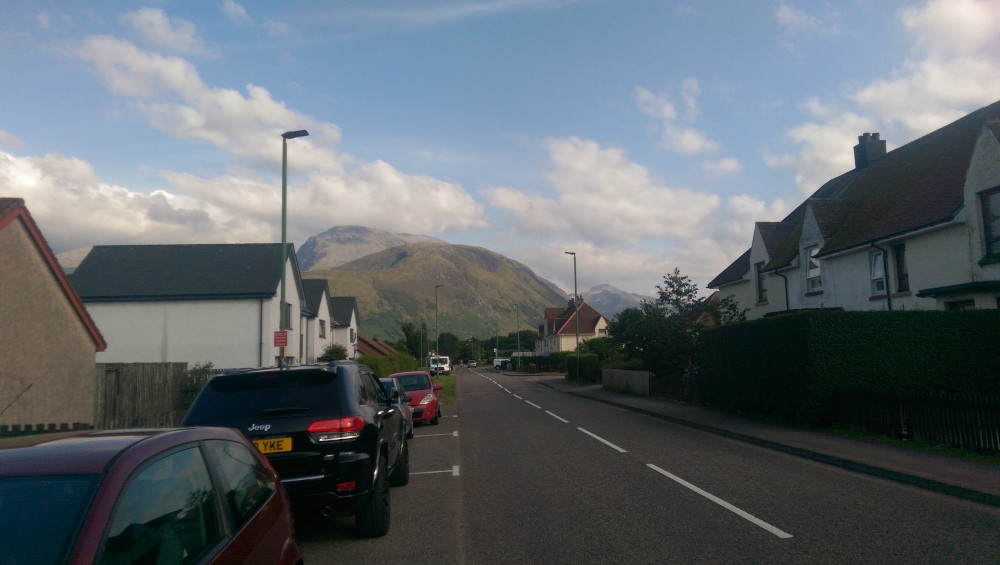 I had to ride down a one-way street and had an angry fat man in a huge utility vehicle look very angrily at me and I heard something like “one way road”. Fair enough, but if I was cycling the right way up the road, we would have the same problem, worse probably as I wouldn’t see him to let him pass. In anycase if I wanted to cycle the correct way I would have had to have cycled down 100m and cross a dual carriageway. All it takes is a sign saying “except for cycles” and people like that wouldn’t even notice. 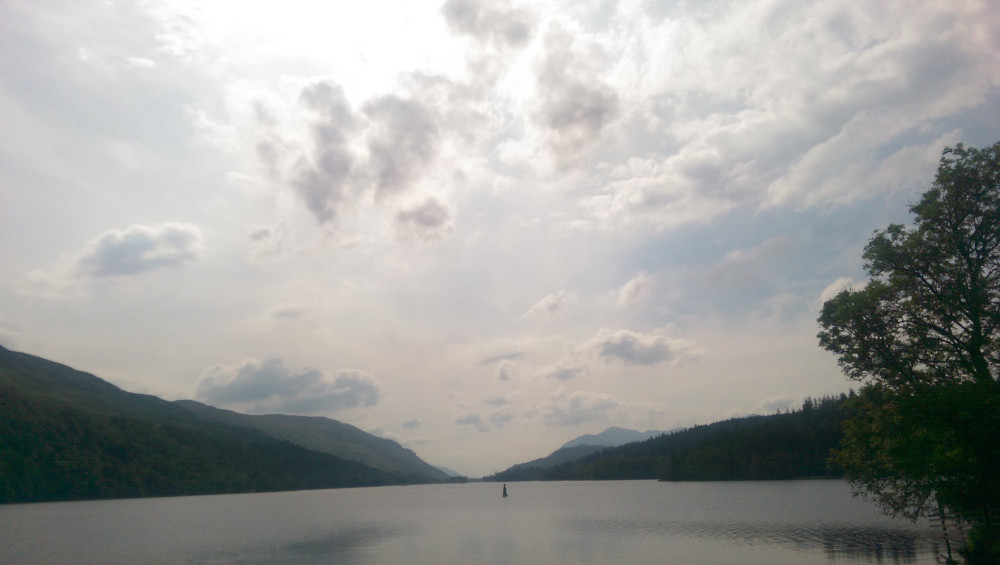 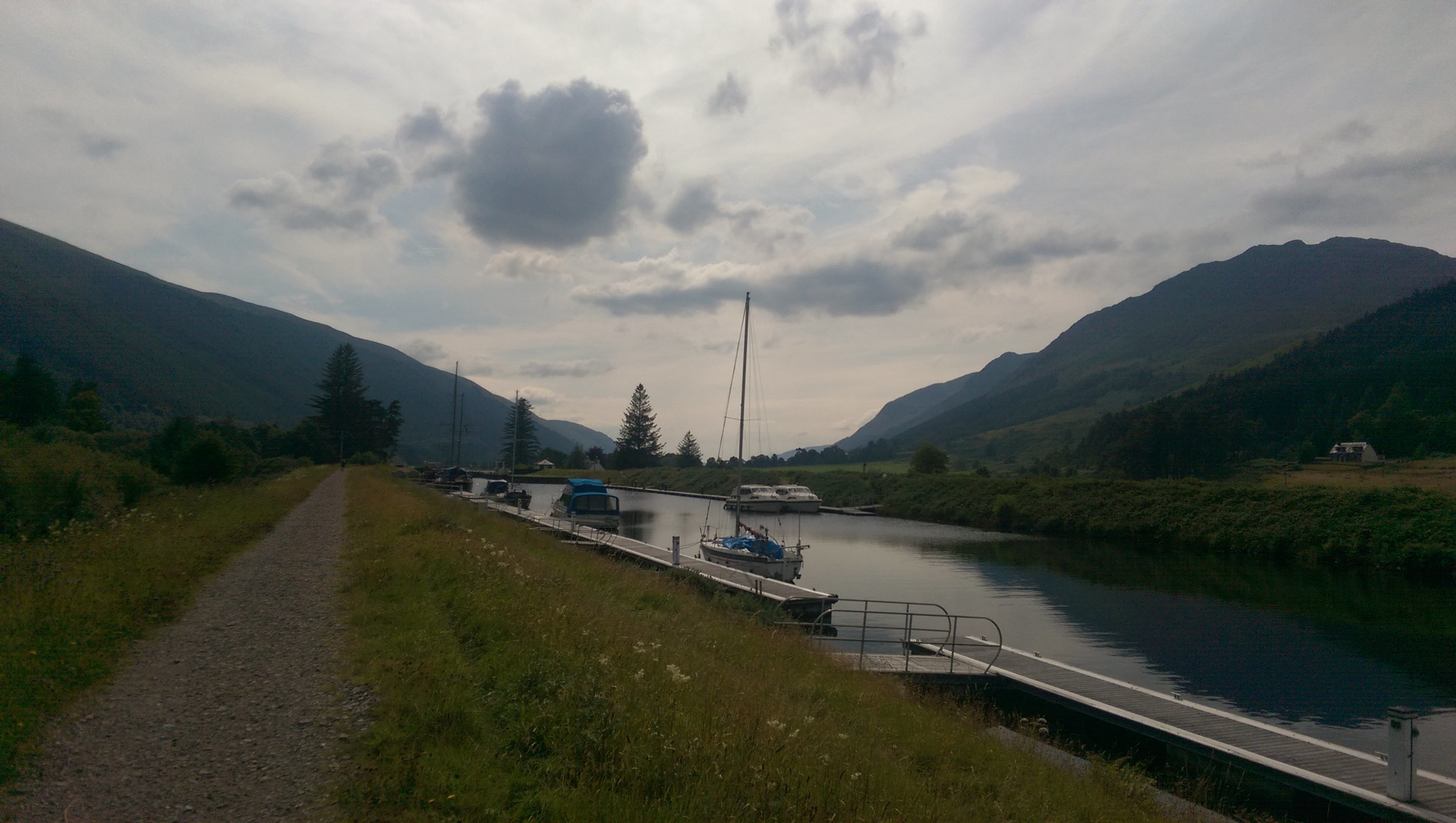 Anyway, the backpackers was full and I decided to wild camp, but I didn’t. I got to the bottom of town and noticed that there was the cycle path was on the other side of the lake – there was no bridge, and I would need to get a ferry. I didn’t want to do that, I was knackered. I decided to stay at the £50 “hostel”.

I locked my bike in the car park. My “room” has two bunk beds in it and little else, it’s all mine, It feels cheap,, the reception is 24h and you need to leave your key at the reception when you leave, the WiFi is absolutely awful. The room has a nice view on the loch however.