The campsite provided a good nights sleep, and it wasn’t cold in the morning. I left at around 9am - I had thought that if I picked up my route that the next shop would be in 10 miles, but the campsite manager looked puzzled by this “why don’t you go to Oban, it’s only 10 minutes down the road” “No, I’m not going that way” I said. I was very confused the evening previously. After 10 minutes of cycling I found a huge Tescos - although I didn’t go in because for fear of getting lost inside and queuing for however many minutes while my bike was outside, but I found a bakery instead and got some bread and a chocolate brownie, which I have just this very minute eaten.

The first characteristic of this day has been hills, the second sun. The day had gone by pretty fast. 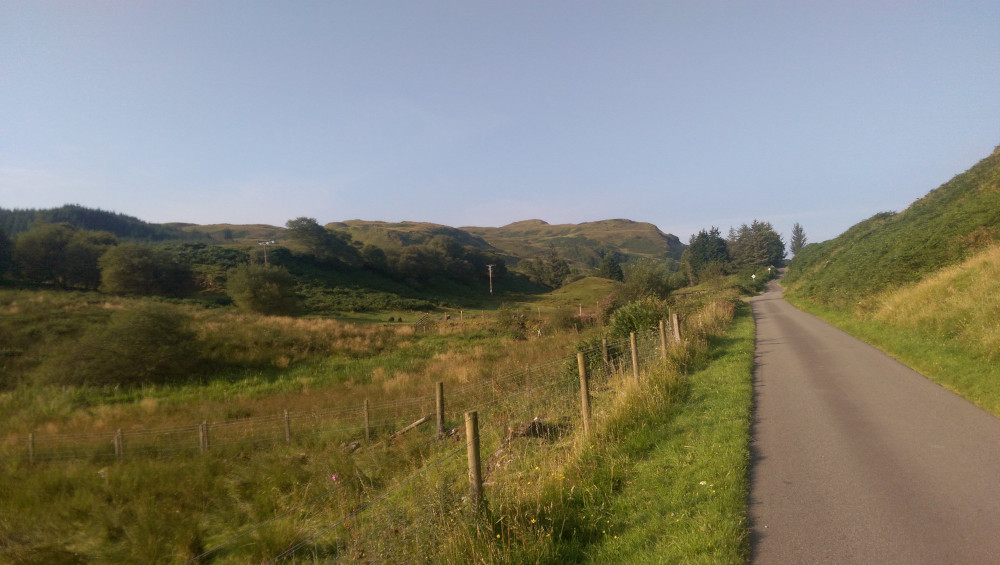 I rejoined the cycle network heading east (avoidng the very busy coastal main road) and it was an endless succession of hills, I was feeling hungry and stopped at a bench dedicated to “John of Glasgow Orphans Choir, 1936”, there was a secondary inscription “- 50 years later - John and Jane doe still remember jolly John” or similar. There was some litter on the bench and I picked it up as I left, and have been doing this generally if I notice any.

I don’t know if it was hotter today than yesterday, but because of the hills it at least felt that way and after the first 20k I had emptied 1.5 liters of water, and to be safe wanted to get some more. At the first town I stopped and got an Isotonic sports drink and two flapjacks. I avoided buying water as it’s more expensive that in Europe, and I was sure to find a free source later. 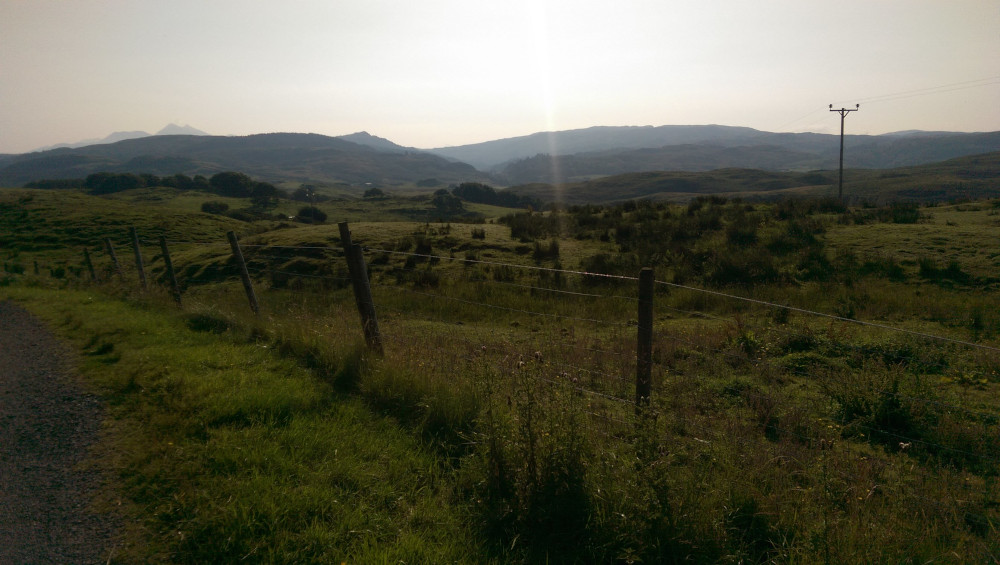 The time until the next stop was pretty much a continuation, more hills, up and down. Some interesting woodland. There was lots of timber traffic, and the road was only wide enough for one car at a time, so I often had to wait for a car to pass, or a car would stop 10m ahead of me while I was riding up a hill and wait for me to pass, I courteously ride faster, wearing myself out in the process.

Cyclists almost always nod at me, but also some motorcyclists, and as I stood at the top of a pass at 280m sweating and catching my breath I got a cheer from a guy in a land rover. 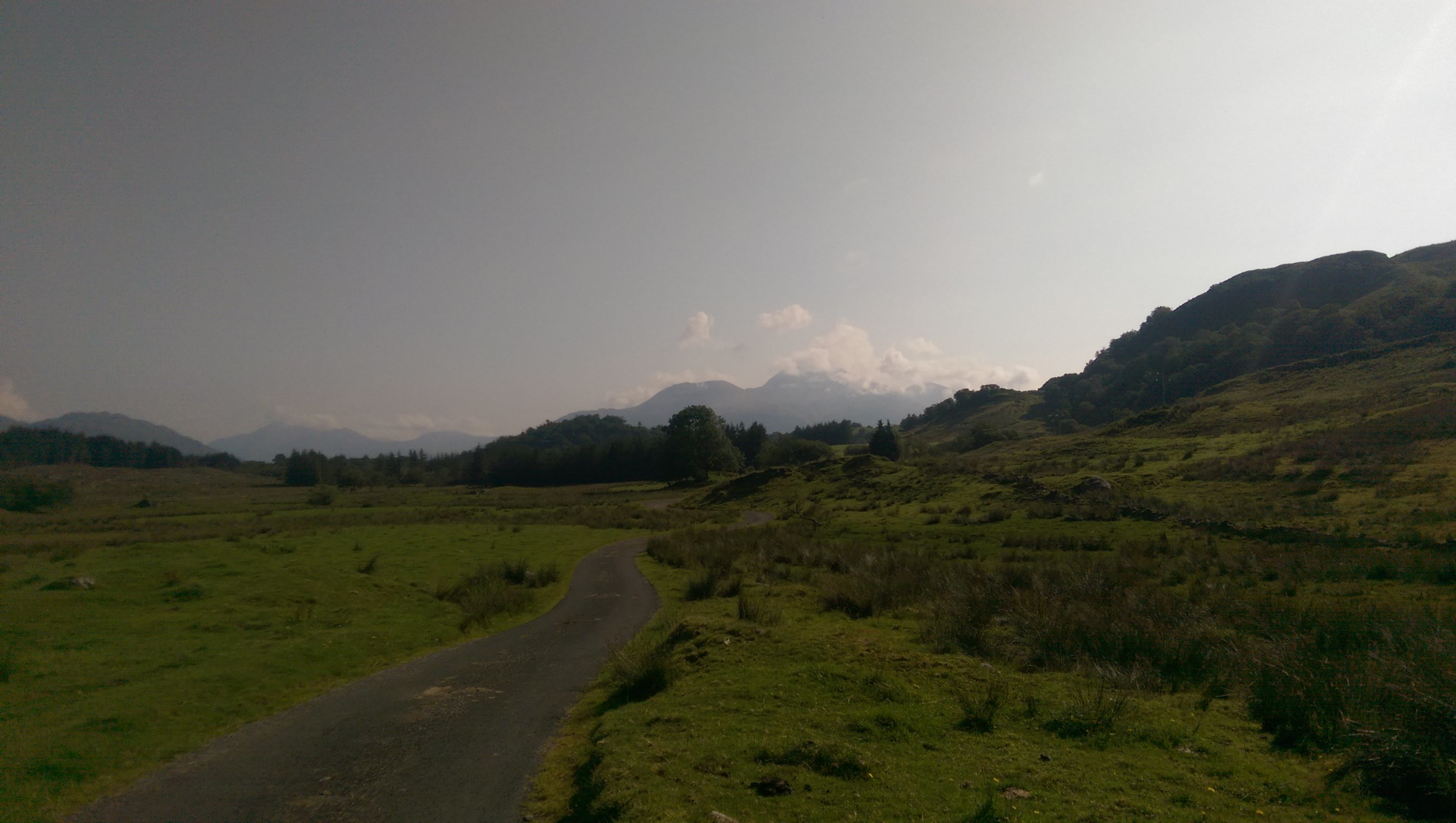 I stopped in a “forestry commision” picnic area for lunch, and ate some pre-cooked pasta I got in a co-op the day before, one of the flapjacks and drank the isotonic drink. I studied my map - which is pretty pointless as it’s my main occupation, and I’ve studied countless times now. I should read Moby Dick instead.

I started reading Moby Dick on my new tablet, I’ve read it once many years ago but had forgotten how good it was, so I’ve put down “Surveillance Capitalism” for now and am reading Herman Melville - it’s also much easier to read the tablet in the tent.

I passed through the village of Dallavich and stopped at an Inn to get a pint, I had to provide my surname and phone number, I wore the mask inside, but the other two customers weren’t wearing one. The lady filled my bottles with water and I sat under a gazebo in the beer garden.

My target today was Tarbert. From Tarbert there is a ferry which it is necessary to take if I want to reach Glasgow. I was already riding down the coast and Tarbert was, at this point, about 15 miles - but the cycle signs path said 39 miles - this is because the only road down the coast was a busy “A” road, and the cycle path did a huge detour around a “nature reserve”.

I knew that I wanted to be a one day cycle ride from Glasgow when I stopped, and although it would be possible to do another 60km today, or even 30-40km and wild camp, it didn’t appeal to me. So I decided to do nine miles on the busy road.

When I looked at the map however I saw that the traffic had few places to go, there was only one town (Campbeltown), and when I reached Ardishaig (where the detour would start) the road it wasn’t troublingly busy. I got some extra food at the towns only shop, and some tobacco - which cost a staggering £15. 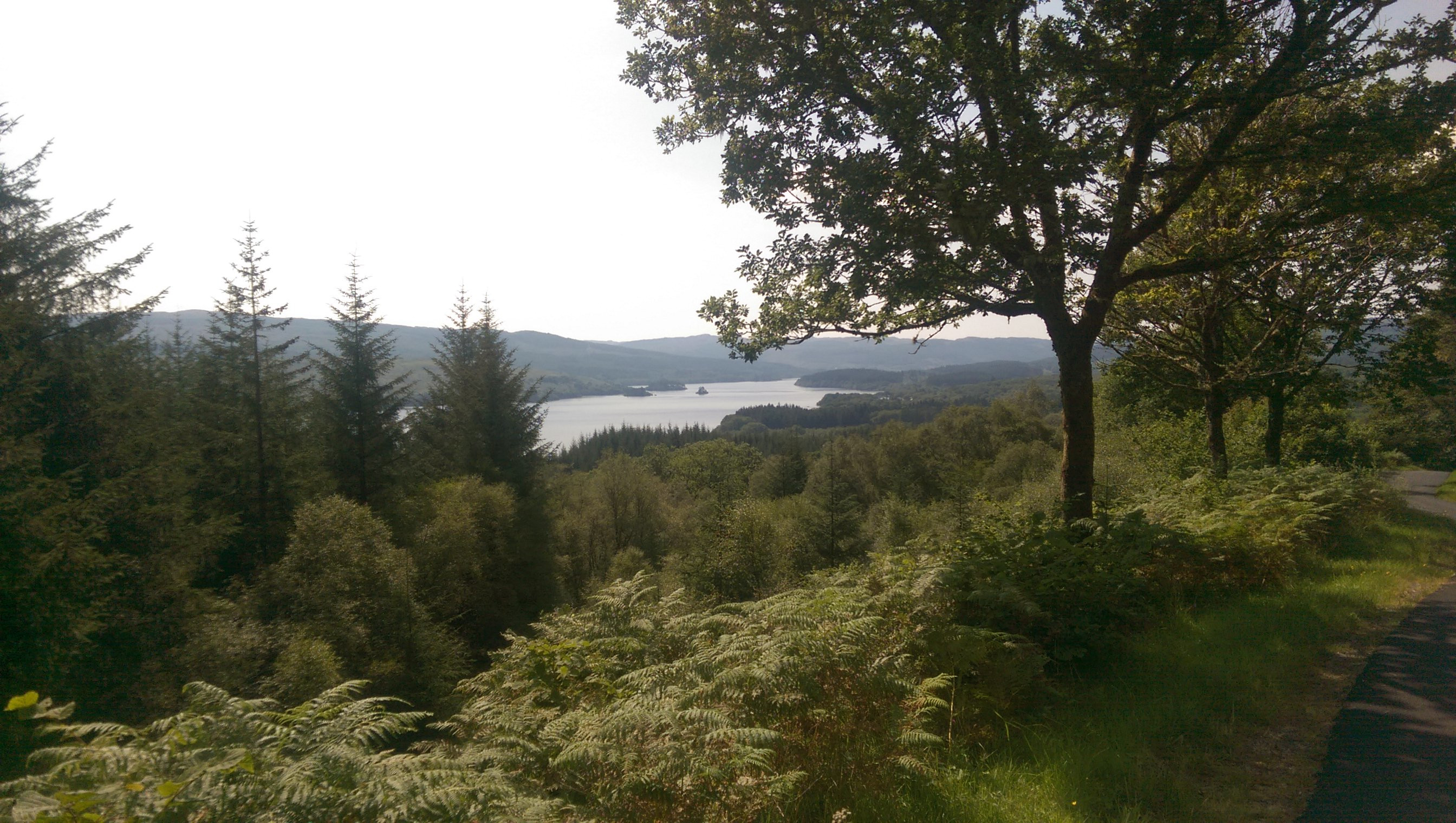 The “A” road was monotonous enough and there were plently of lorries which had to overtake me, but it saved around four hours. 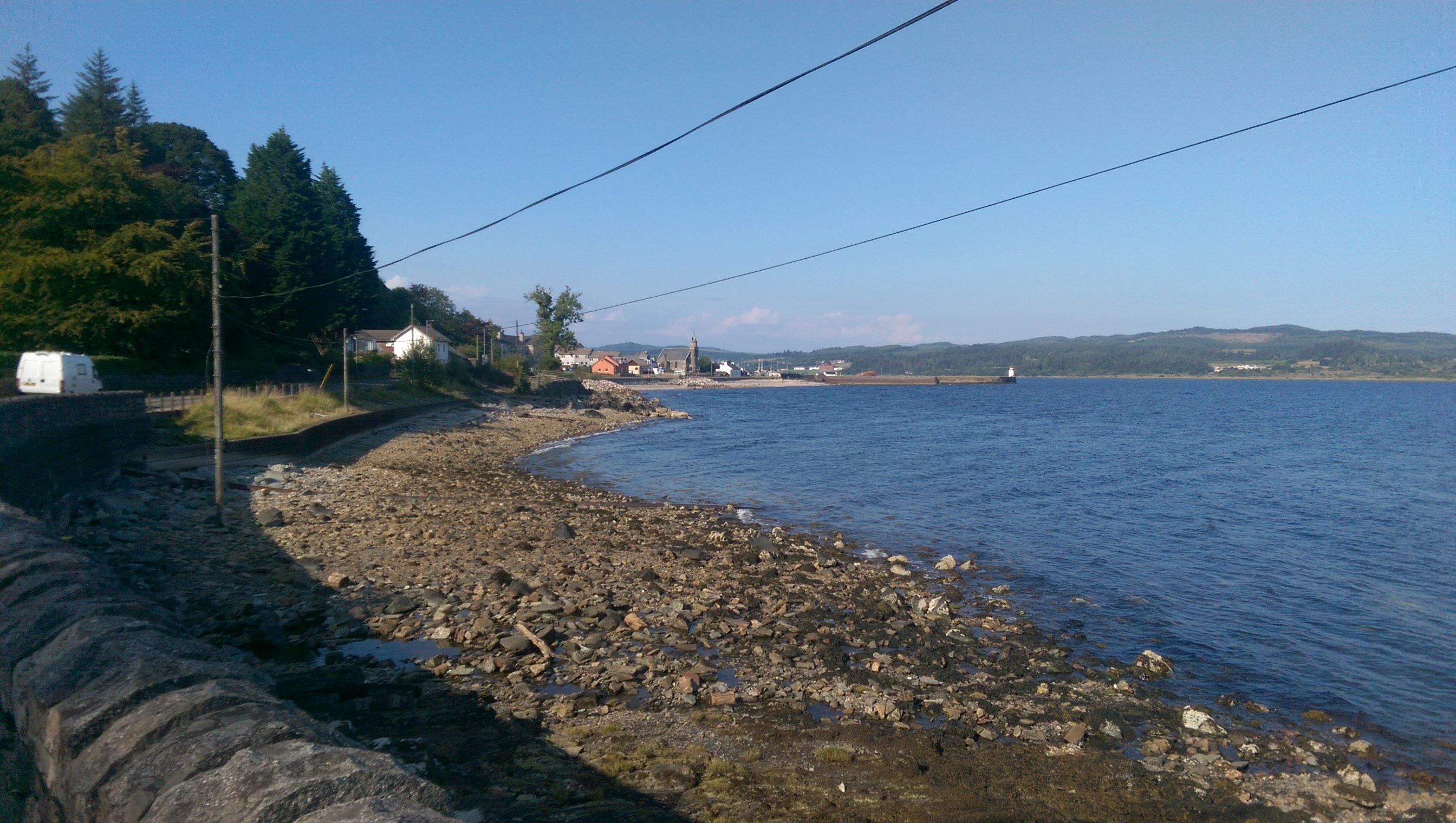 When I got to Tarbert I had covered just over 100k. I cycled through the village and up to the ferry port, I could see it was a car ferry and was sailing away. It went every hour from 6:30am. There was a campsite about 7km further down the road, and I decided to check it out.

I continued down the main road, it was hilly and was more of an energy investment than I had imagined - it occurred to me that it might not even be open - I hadn’t seen any signs, I switched on my mobile internet (of which very little remains) and looked up the website, it allowed “Caravans, Camping and Glamping”.

I was relieved to see it was open after cycling 30 minutes past Tarbert, and I cycled up to reception and rang the bell. The guy asked if I booked, I said no. He said that tents weren’t allowed because of Covid - but he’d make an exception. 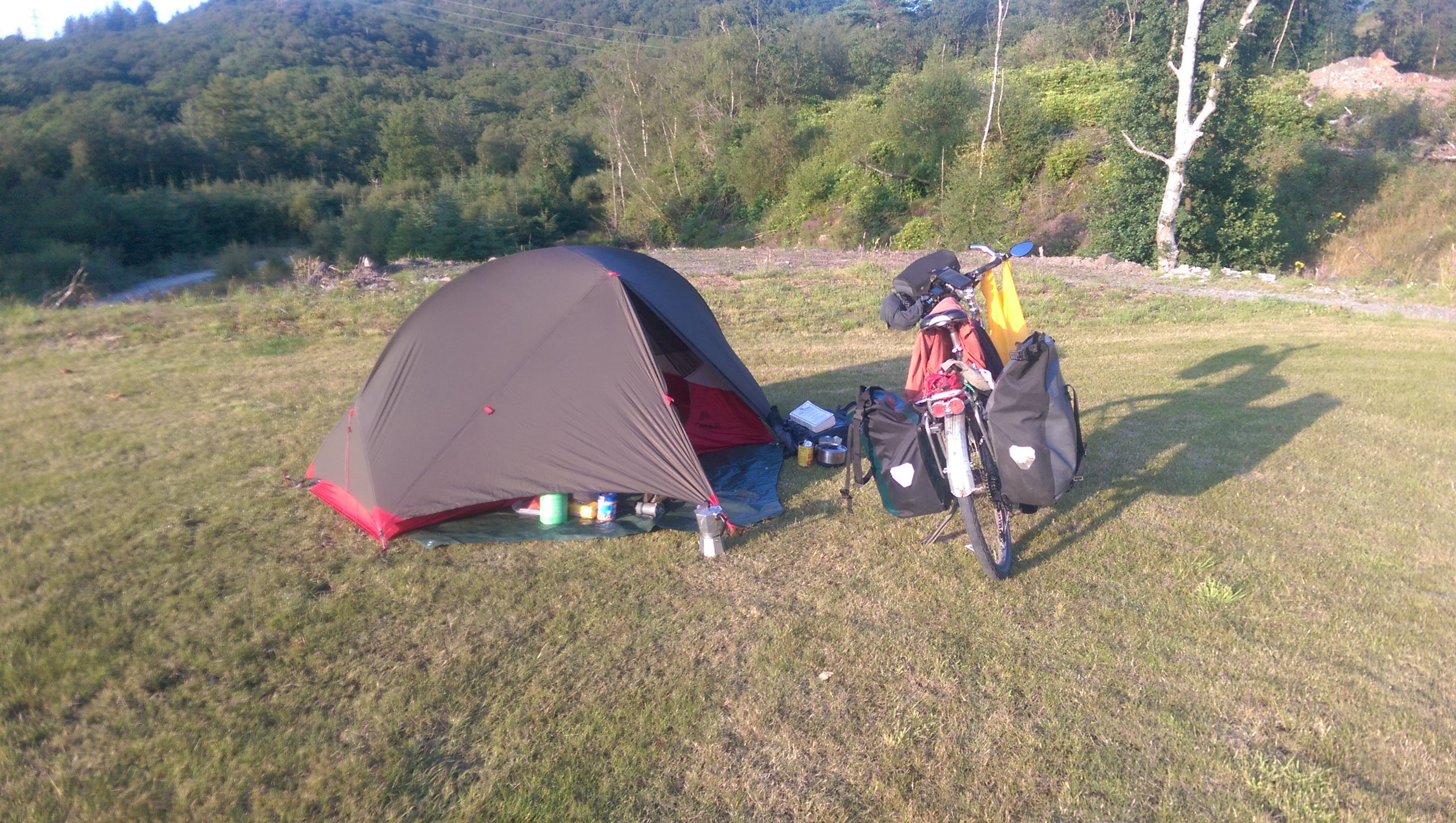 Only Tent in the campsite

My tent is the only tent in the tent area and it’s almost completely quiet. There is apparently internet, and a common room which I’m hoping will be open so that I can plugin my laptop later.

Tomorrow I will get the ferry, and cycle past Glasgow to Eaglesham.