I said goodbye to my friend and his fiance, and proceed down the “moor road”. Eaglesham (pronounced Eagles-ham) is on the very outskirts of Glasgow and I rode through the moor into the country.

Windmills on the Moor

It was a relief to leave the city traffic and be on a road where most of the oncoming traffic was in the way of cyclists and after an initial climb to around 300m I enjoyed a beautiful downward sloping 10 miles of moorland.

I would headed first to Kilmarnok and then joined a cycle path which ran on the pavement of the dual carriageway to Prestwick Airport - I arrived just in time to see the Royal Air Force’s Red Arrow’s taking off (a squadron of acrobatic jets used at air shows and special events). From here I continued to Ayr, and from Ayr to Maybole. 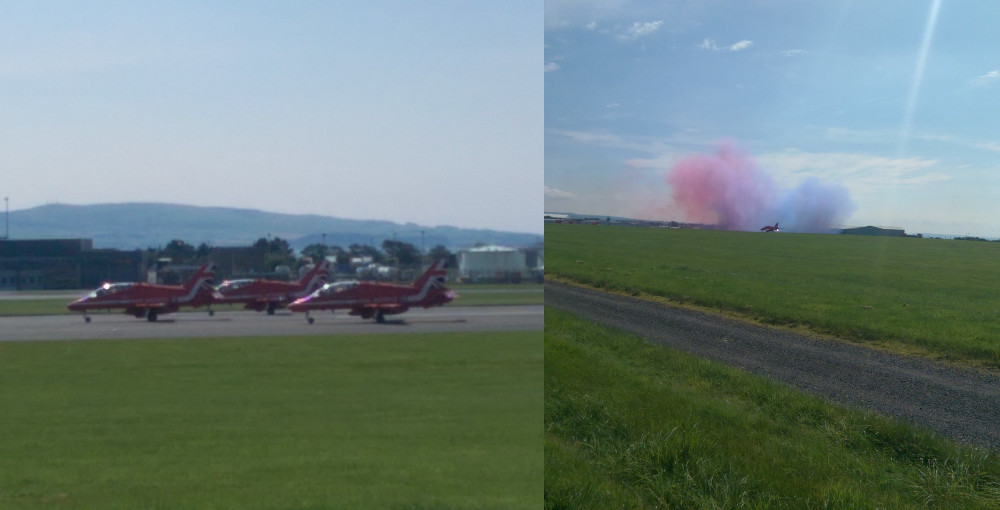 My destination was near Glentrool forest, which is in a national park to the south of Maybole. I had the choice of going to the coast to the south west and following the major road to the south east, or heading more or less straight down on the N7 cycle path. The main road would be relatively flat, while the N7 featured two ascents of ~400m as it crossed over “mountains”. I had made good time so far (it being mostly downhill for 50k) and decided to take the cycle path. 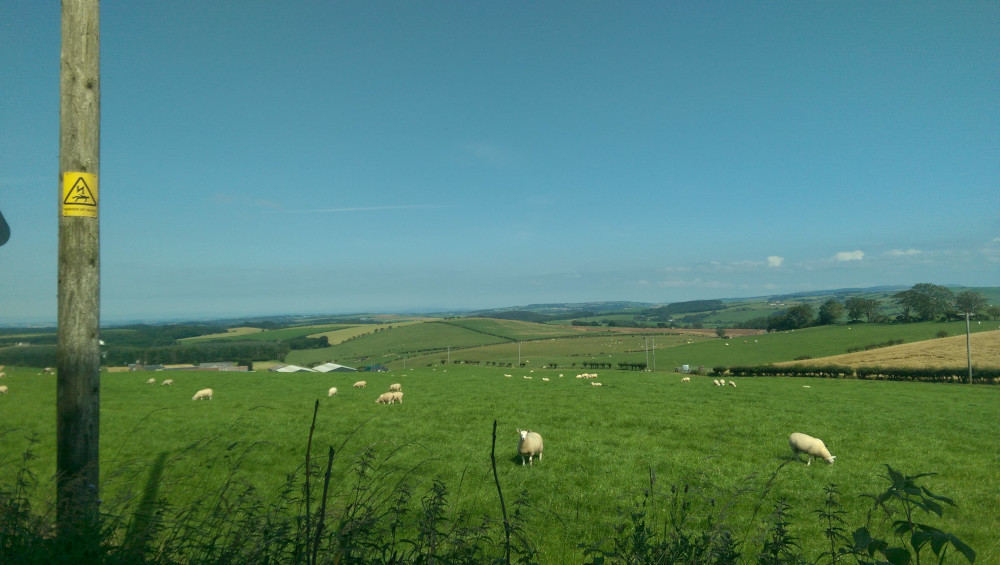 Glentrool is in a “clear sky” area - which means there is no or very little light pollution, so you can look up and see the full wonder of the Milky Way. As I rode deeper into the park all to be seen was endless rolling hills, with no farming and very few signs of human habitation, perfect for hiking. 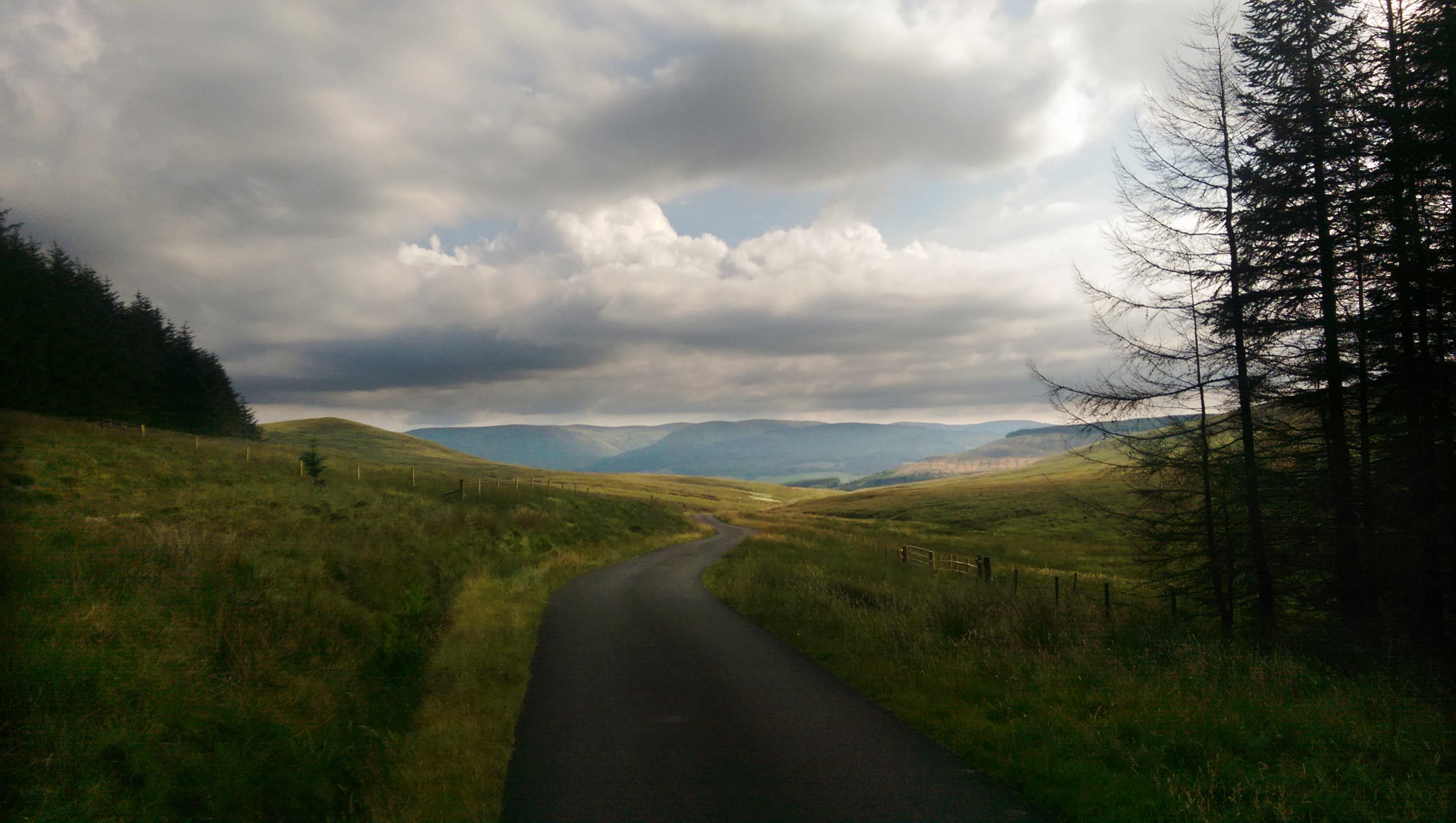 The first of the two ascents saw me sweating profusely climbing from 200m, to 300m then to 400m in the happy heat of the shining sun and was met with stunning views at the top, followed by a 5-10k descent to the valley, from where I started the second ascent which climbed a little bit higher than the first, from then on it was mostly a roll downhill as the evening drew on, bringing out the bugs which I could hear pattering against my clothing, skin and sun glasses as I free-wheeled down the mountain. 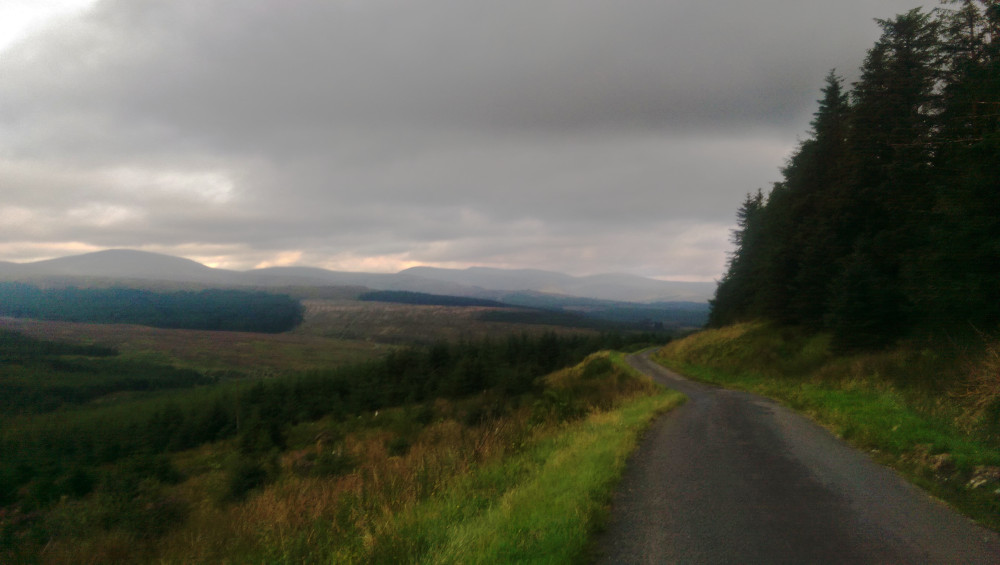 My destination wasn’t actually Glentrool, but a place close to it, which however couldn’t be conveniently accessed by road without cycling an extra 10k. There was however a logging road which cut across the forest for 5km, this road was very rocky and bumpy, but it eventually brought me down to my destination. 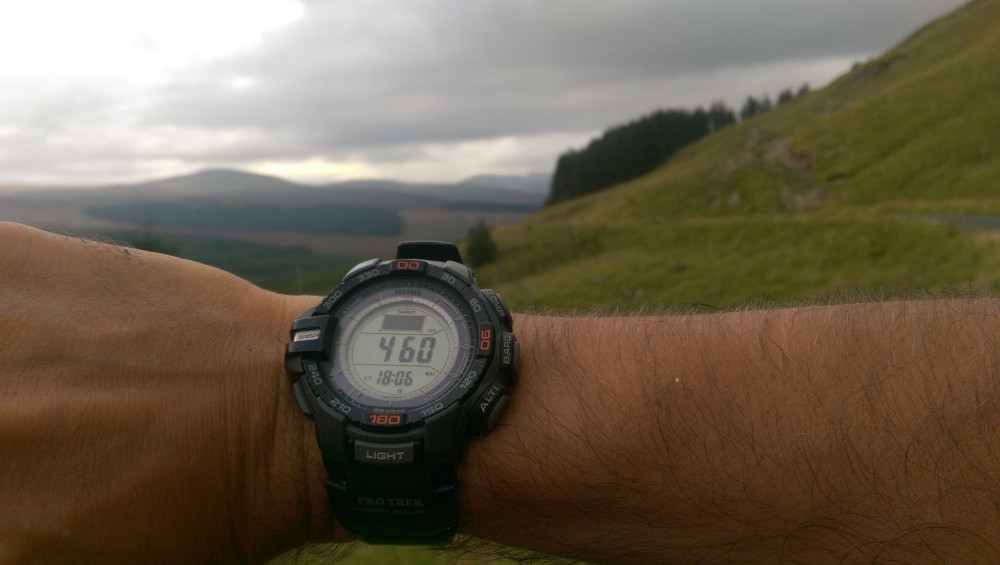 And I road into the property I saw two men working by a fire next to a stream, one was my brother the other the father of his partner, clearing weeds. They have all been working on the property for six months, repairing the house and clearing the land and will be offering self-catering accommodation next Monday, and plan in addition to provide Camping and Glamping next year.

This is probably the end of this tour. I’ll stay here for a week or two and figure out how I will get back to Berlin.