I started this project in 2015, I’d like to say I’ve been working on it for six years, but really I worked hard on it for about 6 months to a year and then largely ignored it when I started another project phpactor - which began with me wondering how easy it would be to add PHP auto completion in VIM and ended up with me writing a language server and “maintaining” over 50 packages. I can’t say I don’t regret that.

For many years I deferred tagging or working towards a 1.0 release. There was (and still are) things I was not happy with, I considered “PHPBench 2” more than once (and even started an alternative). There was the additional problem that I rarely used PHPBench myself, so had little incentive to improve it.

But as performance became important with phpactor I started using it more and more. The biggest issues I had were:

So in September 2020 I decided to spend a week reworking the assertion code and hacking (really) support for showing in-line comparisons in the reports.

This was the beginning of a pretty long road that ended up in implementing a complete expression language which was used to rewrite the reporting “engine” in addition to it’s original intended use for writing assertions.

In general there has been a pretty large amount of work both features, improvements and bug fixes. Many breaking changes have been made. Things have been removed (see B/C breaks).

There are still things I would like to improve (the runner is functional but quite hideous, it would be good to be able to inline benchmarks to remove the method call overhead etc). But in general 1.0.0 represents a big step forward.

I’ll try and summarise some of the new features here.

The documentation has been reorganized and given a face lift. Example code is included from executed examples helping to ensure the docs are kept up to date. 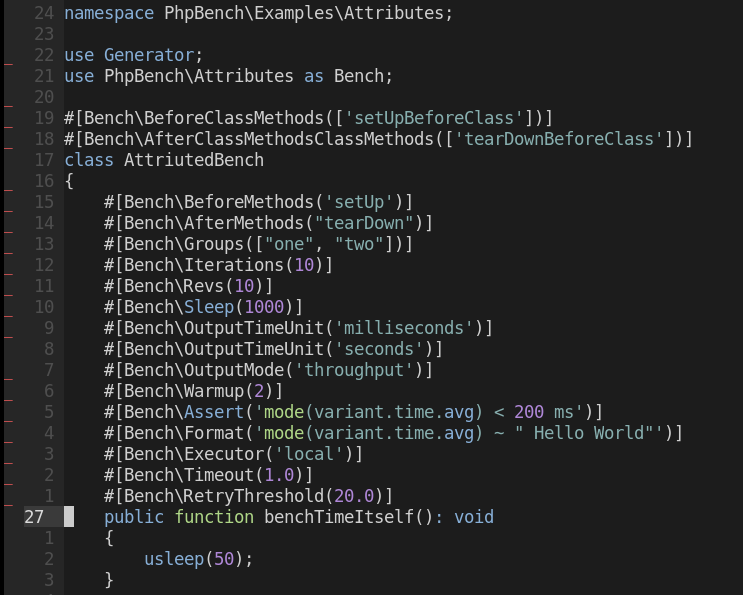 All previous annotations are now available as attributes. In addition there is a brand new Annotribute reference - for makes use of real examples that are executed in CI.

You can now configure profiles.

Assertions were a thing in 0.17.x but they were not that useful:

With the new expression language the above looks like:

Or to compare against a baseline: 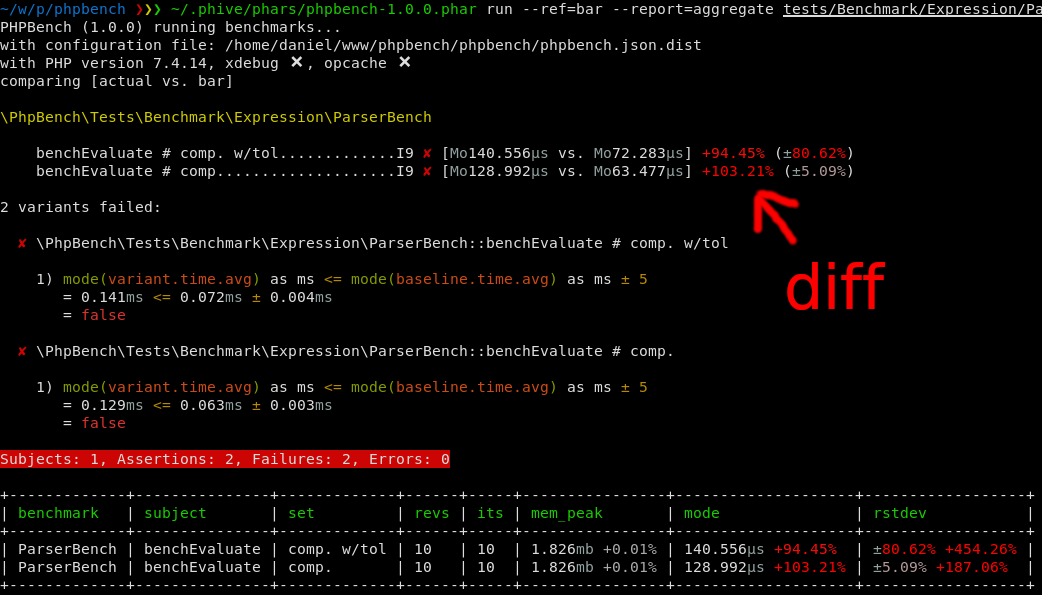 When you reference a previous run you can now clearly see the difference, both in the progress logger and the report.

There is now a fully generated configuration reference.