PHPBench 1.2.0 has been released, the highlights are:

PHPBench 1.1.0 improved report generation, allowing you to use components such as tables and bar charts. 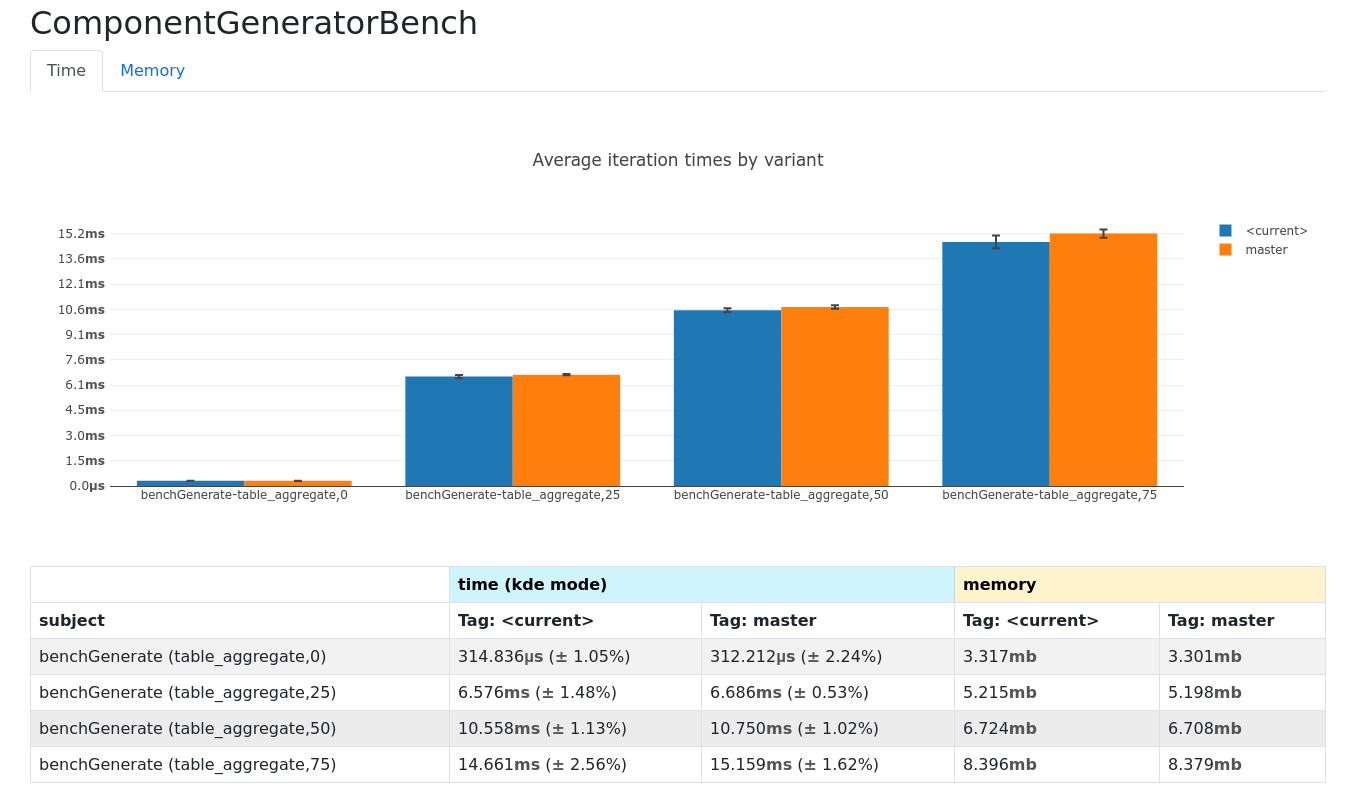 The example above is using the new benchmark_compare report:

You are able to specify these units in the expression language or use them by default by setting the expression.memory_unit_prefix setting to binary.

Previous to 1.2.0 you could filter benchmarks/subjects using the --filter=benchFoo option.

This worked fine until you wanted to isolate one or more variants (i.e. parameterised subjects).

Filtering by variant isn’t that easy though, as it requires loading all the parameters for each subject before we able to know if we can filter them or not. The existing behavior where we filtering by benchmark class and subject is more efficient.

For this reason an additional option has been added --variant="this is my parameter set".

It is possible to both run a benchmark and compare the results against a previous run:

If you were to apply a filter however, the filter would only apply to the current run, and would not be applied to the referenced benchmark, which meant that the report generated report would contain much more than you may have anticipated.

As of 1.2.0 the filtering works as expected, and additionally it also works on previously generated reports:

PHPBench 1.2.0 brings some nice improvements… and there was much rejoicing.