15 years ago I was having a conversation with a friend:

“I don’t know what to write songs about”

“Write about something you know”

“I only know computer programming”

“Then write songs about that”

So that’s what I’m doing this year. This is a song about software testing:

What people said about it:

This year I made some new years resolutions, one of which was to record a song once a month.

Much of my spare time over the past years has been “invested” in my personal programming projects, and this has been where my “creative” energy has been directed, but I wasn’t always a computer scientist[1].

After studying computer programming for two years at college (in England, this is before University) I decided that I didn’t want to be where I actually am now, working from 9-5 in a stuffy office (ok, our office is not stuffy and I work remotely, but still). I wanted to be some kind of musician, so combining my interest in music and computers I switched and did two years studying music technology at college, before going to University and studying it for a futher three years.

I like to say that my studies here were, academically, complete waste of time, and “study” is a strong word to use. It was not academic, any learning I did was in my own bedroom while playing about with sequencers in the early hours of the morning chain smoking and binging on instant coffee or 1.5 litre bottles of Tesco Value cola (I wonder if I’d be in a different position if I had chosen to do a degree in Computer Science

After finishing University I did temping jobs for a year or so (at one point being a cleaner at the University). There was little chance of me getting a job relevant to my qualification so I had to fall back, I picked up a PHP5 and MySQL book and created a website, I had a job six months later.

Over the subsequent years my musical hobby gave way to a programming hobby, although I’ve played guitar to pass the time and 4 years ago I got an electric piano and have been learning to sight-read music.

The song is about software testing, I wrote the lyrics in the space of about 15 minutes at the start of January. I was away from Berlin from mid-December until the end January, when I returned I recorded the song over two evenings and a half-bottle of whiskey.

I created it on Linux (standard Ubuntu) using only open-source software. 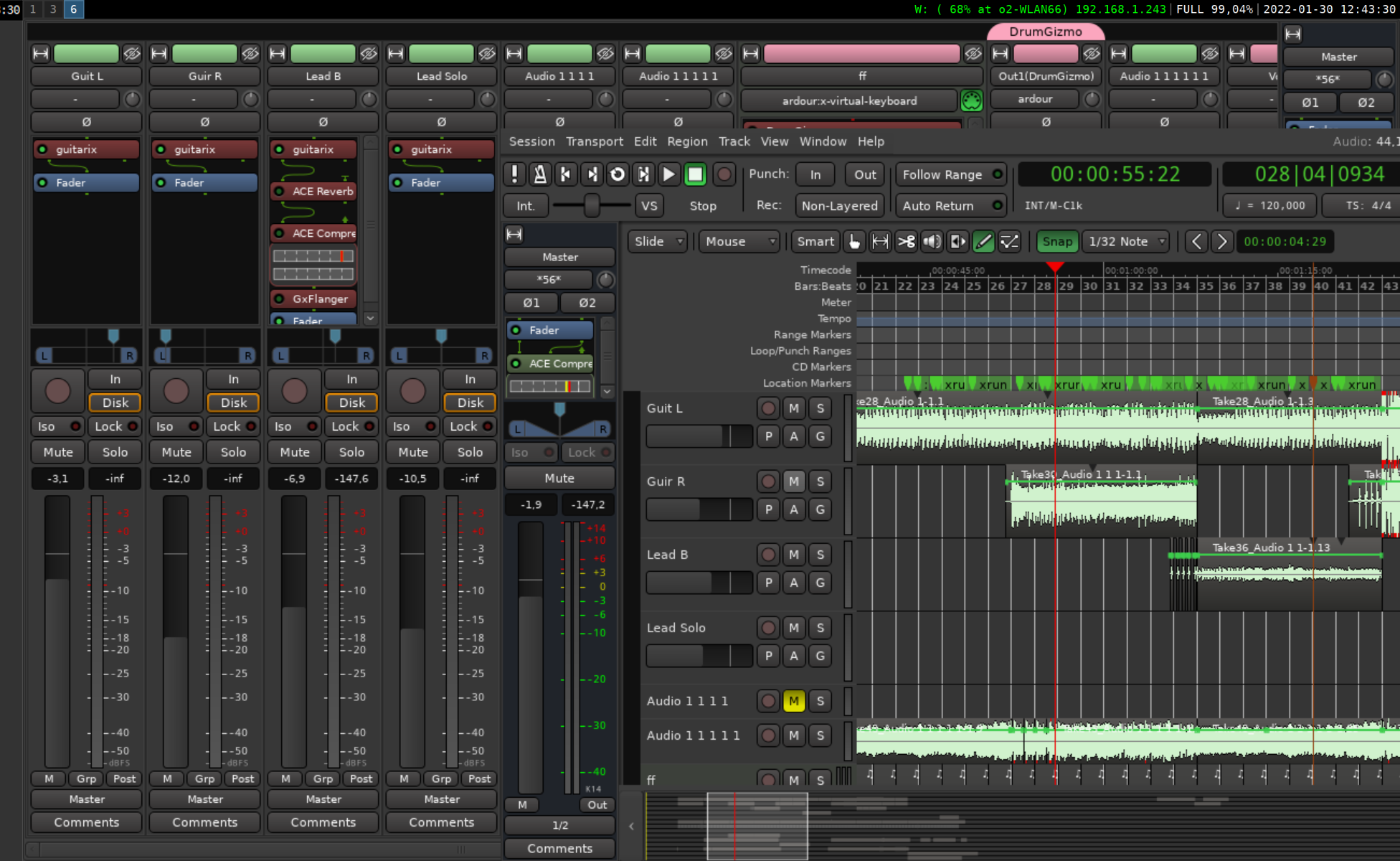 DrumGizmo is a virtual drum kit. It allows you to mix drums as if they were recorded live in a studio. You can downloanstd different kits, I used the first one on the download page, the “CrocelKit”: 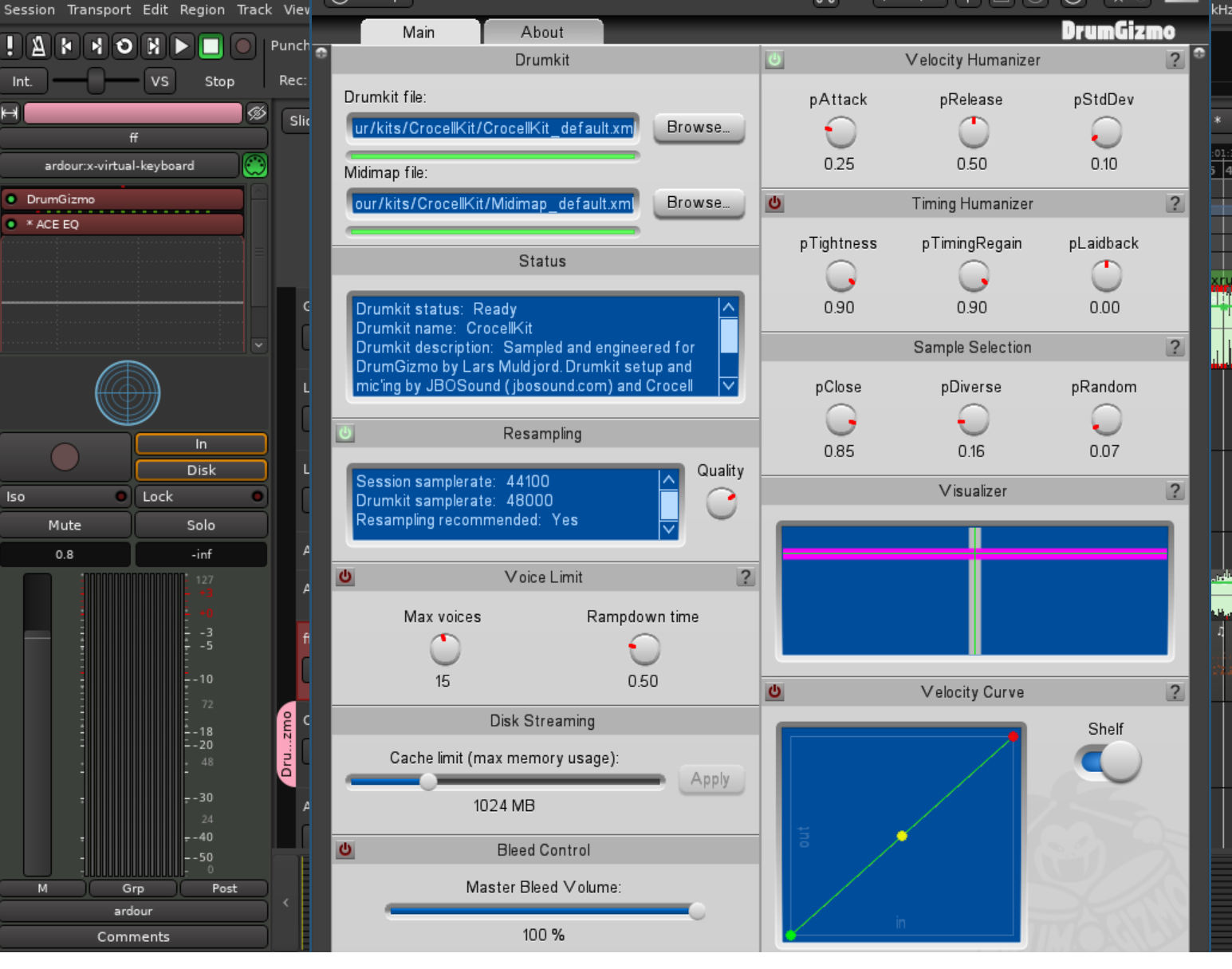 GuitarX is a Virtual Guitar Amplifier 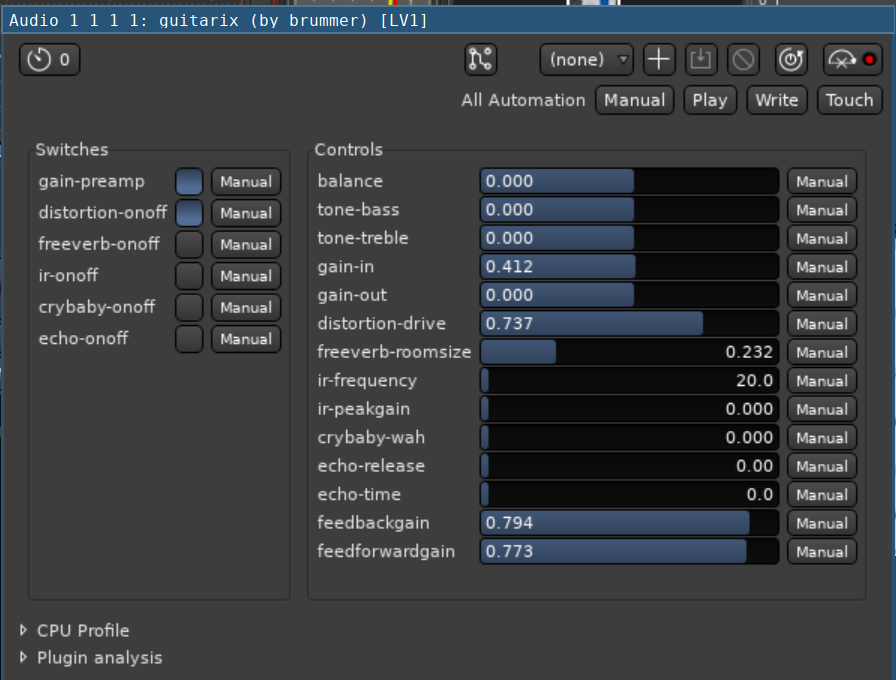 The plugin doesn’t look fancy (no LV2 plugins do IIRC) but it sounds great. 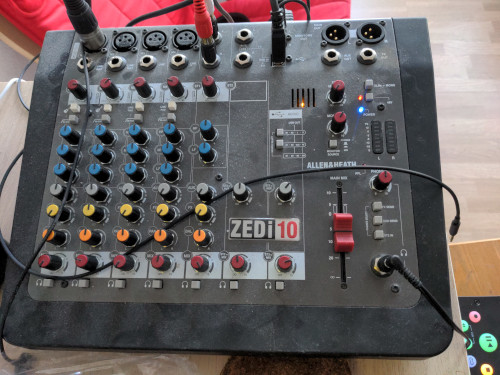 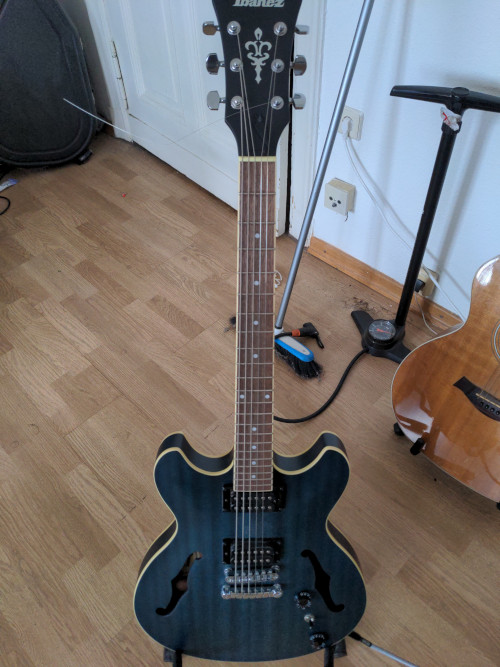 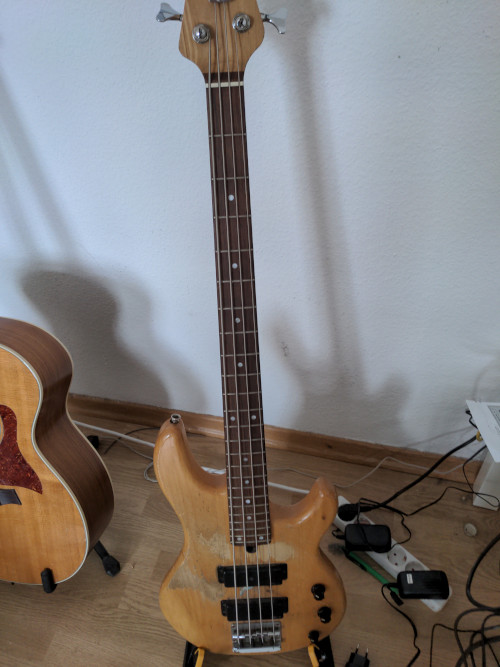 Yamaha BBN4 III. I think I got this bass 17 years ago or so, it was at my parents house for many years, finally I flew it back to Berlin but the neck was cracked, I had it repaired and it still sounding pretty good. 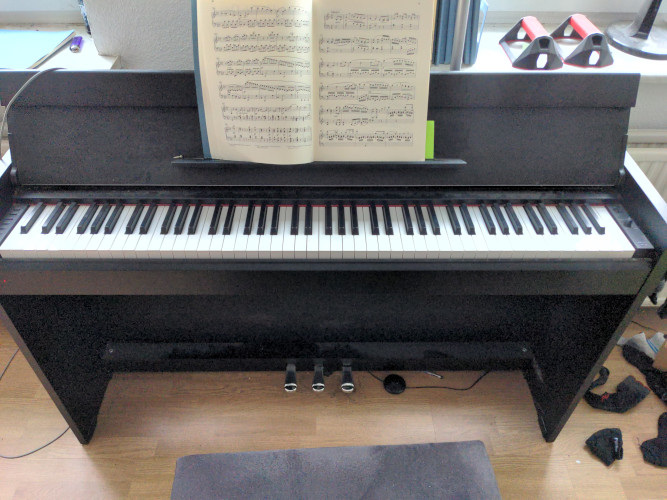 The track could be improved in many ways, but specifically: