It’s about being a good senior developer. This was recorded over the past couple of days during the criminal invasion of Ukraine. Today I attended a anti-war demonstration in Berlin where 100,000 people gathered in support of Ukraine. 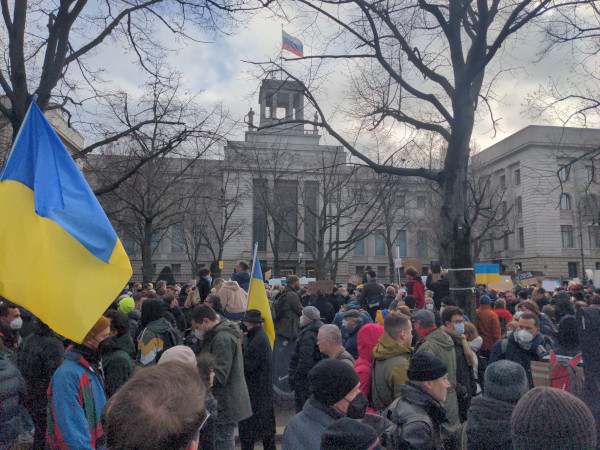 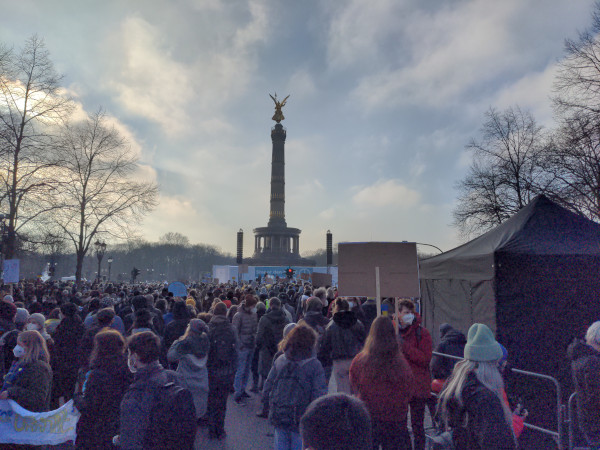 I invested a short amount of time over two evenings writing the lyrics, the following weekend I then recorded an initial version of the song (version 1), a very poor Nick-Cave style ballad, it was out of time and not very great. I resolved to record a metal version of it.

On Saturday, I spent 4 hours recording a first “metal” (version 2). Usually I find that as much as I hate the thing I’m recording, the more I work on it the more I can make it something I “like”. Listening to “version 2” now I’m pretty sure it was doomed. So I then started version 3, it took the remainder of Saturday and then Sunday morning before and after the anti-war demonstration.

Comparing it to Lamb of God mixes I tried to turn up the kick drum and make it “click”. For the vocals I tried mitigating the poor acoustics in the room by putting a sheet over my head. I think that did improve the quality, but not hugely, and it made reading the lyrics and performing repeated takes tiresome, so I abandoned that and accepted the reverb.

I actually googled “meatal song structure” after recording and failing with version 2, and decided on something simple with a verse, chorus and bridge.

The final version here seems very loud, louder and more distorted than the final in mix in Ardour.

For drums: I used the AVL drumkit plugin (the Black Pearl Kit) for version 2 (version 1 had no drums) but I switched back to DrumGizmo (used on my “testing” song) for the 3rd version. It seems to sound better.

No new musical equipment since the last recording. I actually used both the shitty MIDI keyboard and DAW controller extensively this time round. The usefulness of the MIDI controller was improved by getting the DAW latency down to about 4ms which probably helped with being able to play realtime “drums” (previously the latency was 12ms).

The following are the raw, nonsense, lyrics, not all of them used: