It’s been 2 years since I blogged about about a cycle tour, but only one year since my tour: I cycled with a good friend from Paris to Ouistream, taking in the Normandy coast. It was a a slower paced and more relaxing tour, which ended with me sailing to the UK.

This year I will be going on another solo tour.

The original plan was to visit all of the Inviqa offices in the UK. There always has to a goal, and visiting Glasgow, Sheffield, Manchester, Leeds, London and Brighton sounded appealing, I also considered doing collecting money for charity for the first time.

After briefly looking into it (how to collect money for Ukraine), I couldn’t find a reasonable, easy, way to collect money and somehow the idea of doing these things for charity adds pressure and stress and I decided to duck out..

Instead I setup a monthly donation to the Come Back Alive organisation and would encourage you to do so too.

So that left me with visiting all the Inviqa offices. The more I thought about it the less appealing it was - I had already cycled much of the UK (albeit not recently) - I really wanted to discover a new place - I wanted an “adventure”.

While I sit here in Berlin, my bicycle is currently at my brother’s place in south-west Scotland (the subject of my last tour).

So this would be the starting point in anycase, and then I had an idea: Ireland!

For some reson I had not thought of it before. The ferry to Ireland is less than 50 miles from my bicycle’s current location, and, most significantly, I have never been to Ireland.

There is a coastal cycle route which is part of the EV1 which stretches from Norway to southern Spain. 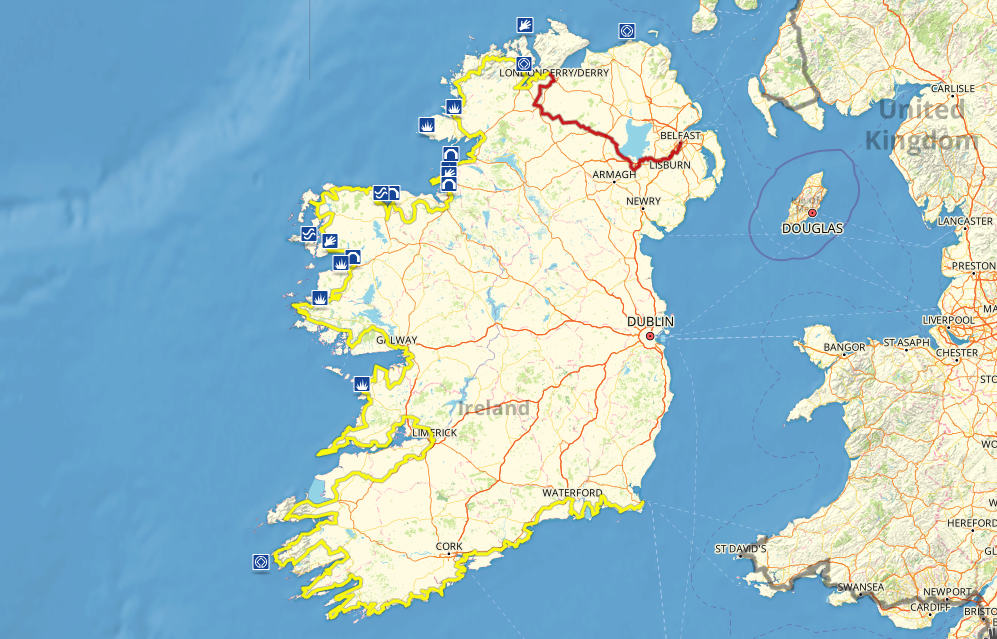 This section is 2,500k (or so) long. After Ireland I’ll cross over to Wales and make my way to see my parents in Weymouth.

I have two months for this trip, I expect the Ireland leg to take between 3 and 4 weeks. After that I don’t know. Maybe I’ll carry on cycling, maybe I’ll hole-up and do something different.

Not sure what to expect on this tour, although I am looking forward to seeing the mountains in the south. I have not done any training for this tour and am kindof expecting the first few days to be tough.

I will fly out to Glasgow on Monday and expect to start cycling at some point after that.