I got out of bed this morning at 8am and quietly climbed down from my bunk and gathered my bags. I was sharing a room with the Australian cyclist and a man from Southport. The Australian was already up and reading and I nodded goodbye to him as I left the room.

I put my stuff in the baggage room and announced to the Canadian at reception that I would be back in two hours. The Giants Causeway was 10 kilometers away, and I had decided to walk.

As I had thought, my ankle felt better and I made it maybe 500m before I started to notice signs that it was going to deteriorate again. There is a vanity railway running from Bushhill to the Causeway, and the path followed that. As I joined it I noticed that it was suitable for bikes, and that I could have cycled it, and in anycase I could have cycled it on the road. I questioned why I had decided to walk it.

Sensing that I would not be able to walk it, I reasoned that I could run it. Running would take half the time - I’m not sure what it is that causes my ankle to swell up to the size of a golf ball, but I think time has something to do with it. So I ran, or rather, jogged slowly. Aside from my ankle my legs felt like led from the heavy cycling the day before.

I ran past the visitor center and ran (or jogged slowly) towards the stream of tourists flowing down a hill.

When I reached the Causeway I walked around for a bit, climbing on the rocks. As I looked at a particular set of rocks I recognised them from the album cover of Led Zepplin’s “Houses of the Holy”. 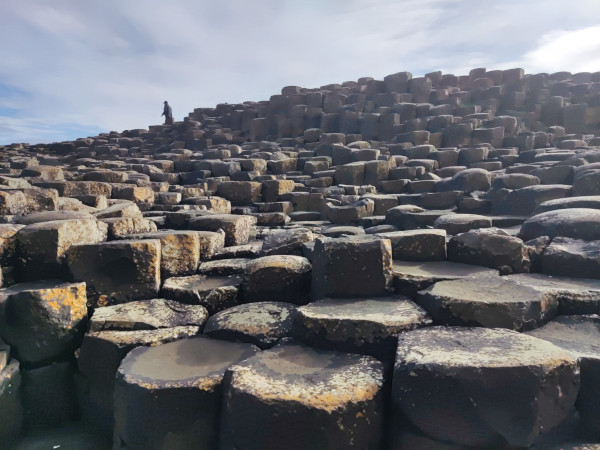 House of the Holy

I jogged back up the hill and could feel that my ankle was weak, and I decided to try and get a bus, I passed the vanity train station and asked the ticket man if there is a bus, he said there was at the top of the hill but he didn’t know how often it ran, so I climbed the hill, looked at the time table and saw it would be another 40m. So I ran back, my pace getting slower and slower as I went, but I made it back to the hostel and fairly collapsed in a chair. 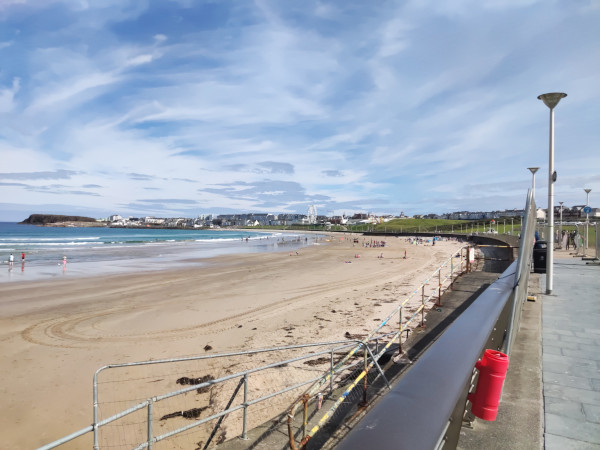 But I couldn’t stop, as I had a long way to go. The first thing was to decide where to go that would be a long way. I wanted to do at least 100k. Derry looked like it may have fit the bill. There was a hostel - but it was fully booked, and there was a campsite that was closed. There was a campsite somewhat closer, and there was another hostel further inland. I decided for the hostel, it would change my route and would let me join the EV1 route. 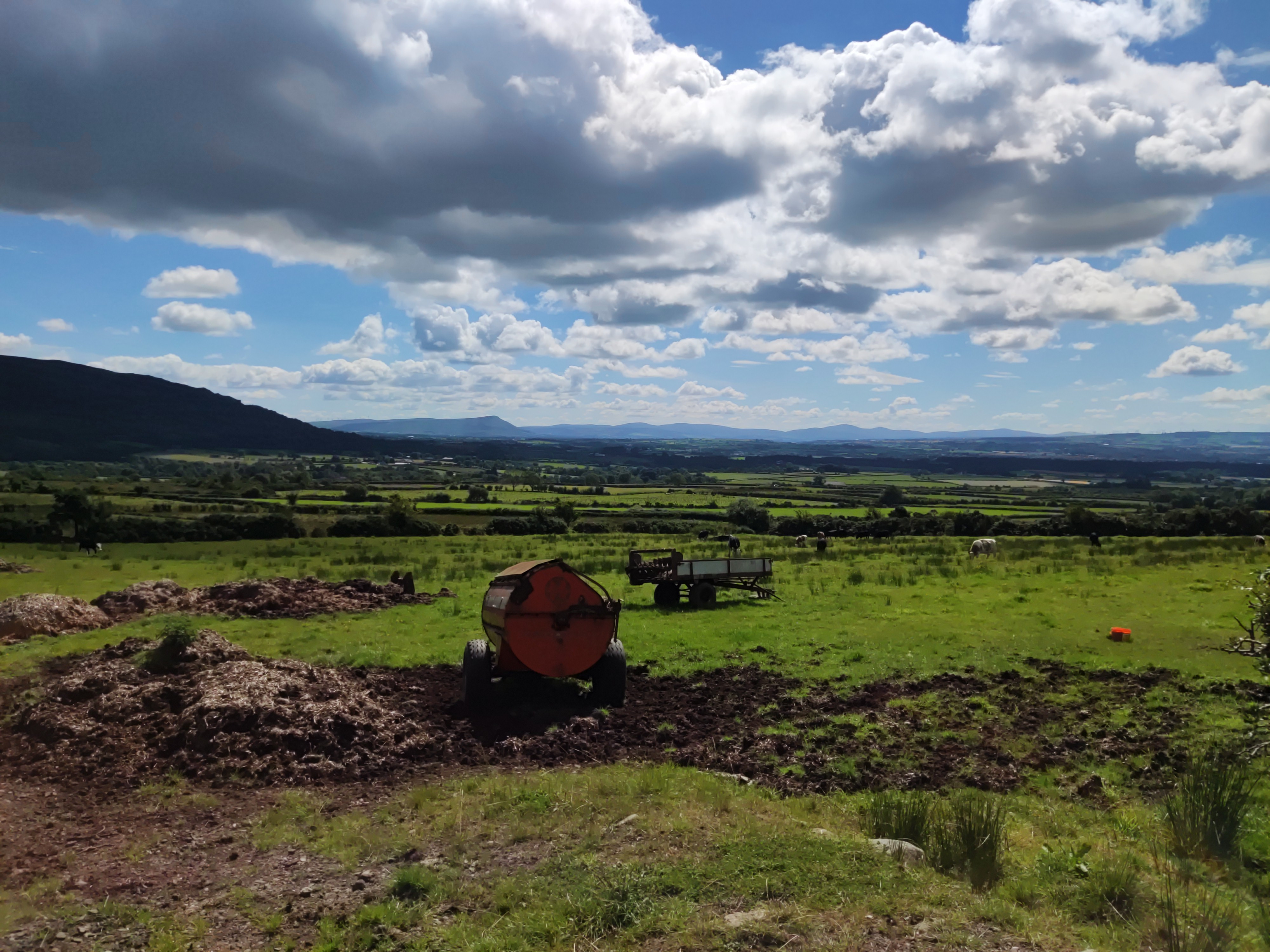 The hostel was also fully booked, but I asked if there were any campsites near by, he said the Meadows Campsite. I looked them up. “Only for very special campers” it said. “That’s me!” I said to myself. It was for people that liked the “outdoors” which gives a strong weight to people that are usually knackered at the end of the day and just want to sleep early. I phoned ahead and got confirmation, not I just had to get there.

I left the hostel and cycled along the coast to Portrush and then Portstewart, fueled by cool and refreshing highly-caffeinated energy drinks, I headed towards Limavady (which proclaims to be the home of the song “Danny Boy…”). Mountains loomed largely on the horizon and my bum was hurting, and I had still only done 50k.

At around six o’clock I passed an open hardware store. I considered what I was missing:

I went inside and there was nobody there, I looked around for some minutes before I guy down the stairs. I asked about the Knife, he considered a moment before saying “no, I don’t have any of those” and then, not expecting any more success “a camping mug?” “ah, I might have something, follow me” I followed him up the stairs and indeed he had a (rather large) thermal flask, and then he also showed me a camping tool - which featured a knife, a hammer, pliers, screwdriver etc. While not the fit-in-your-pocket Swiss Army Knife, I thought it would nonetheless be a useful addition and backup knife. 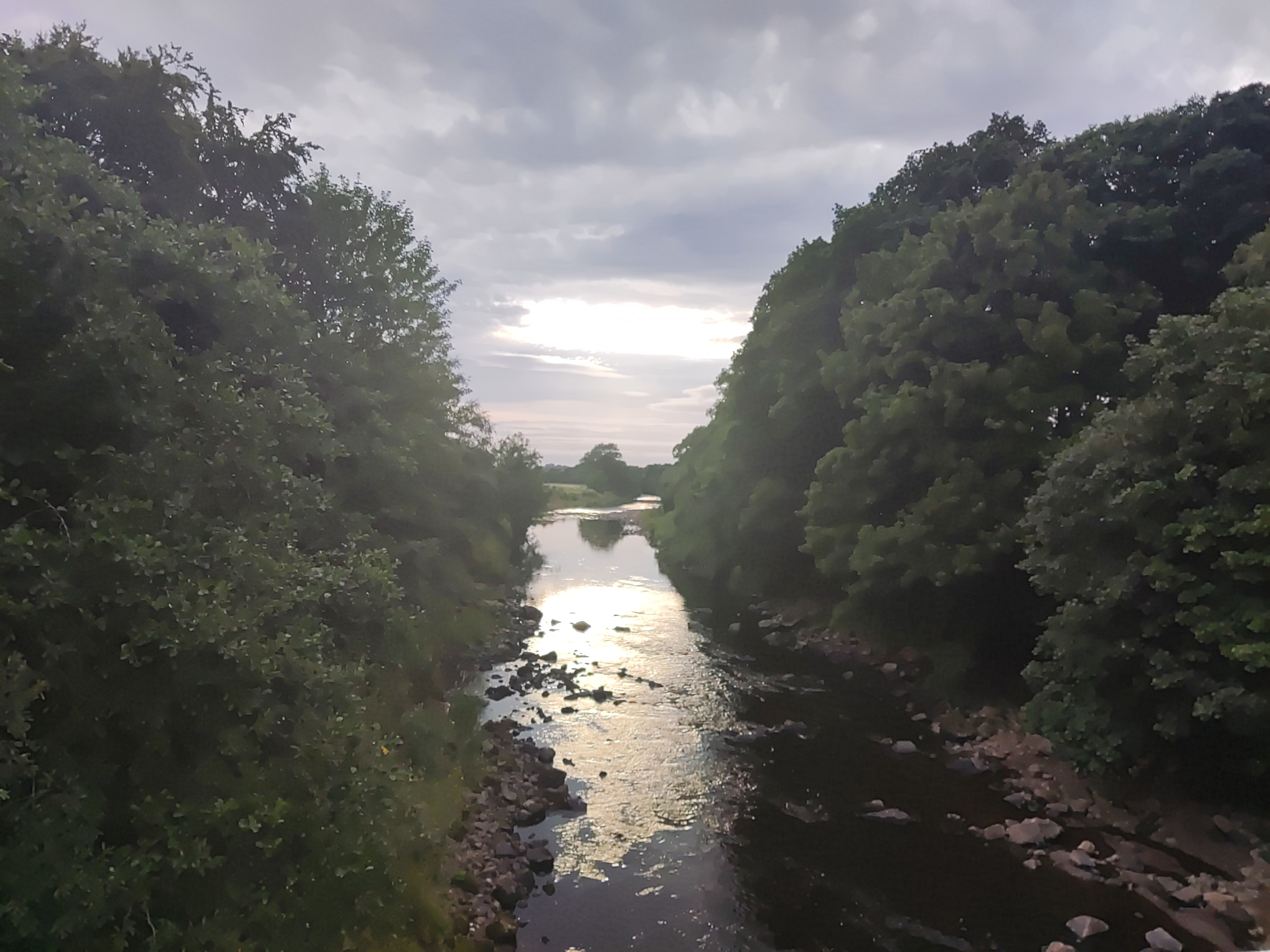 The guy was very friendly and talkative and gave recommended a route to me at some length. I listened and when I said goodbye checked his route and my route. His route was almost certainly quieter and more scenic - passing the largest mountain in the range and being “mostly downhill” but it was also significantly longer. In the end I took my route - and, as it turns out, my route was not terribly steep, and at this point I really didn’t care about scenery, it had now been about 6 hours.

I was expecting at least one or two very steep climbs as I approached my destination, and was pleasantly surprised when there were none. It really was mostly downhill. I stopped at a convenience store (which was still open at 7) and got some pasta, pasta sauce and cheese. “You don’t sell beer do you?” “No, I’m sorry” (and it looked like she really meant it). In contrast to England many convenience stores seem to not sell alcohol, although I’ve seen those that do.

I finally made it to the campsite at around eight o’clock, and very soon was in conversation with my neighbor who, when he heard that I couldn’t get the shower working, fixed the shower, and when he saw me cooking, leant me a table and chair. Later on the owner of the campsite arrived and all three of us talked for some time before I paid £15 and went to do my washing up.

It’s been a pretty tough day and it’s now 11:45PM and I’ve burnt 15% of my laptop battery writing this post, probably should have charged it at the hostel. The campsite is now very quiet and I can hear the trickling water from a nearby stream.