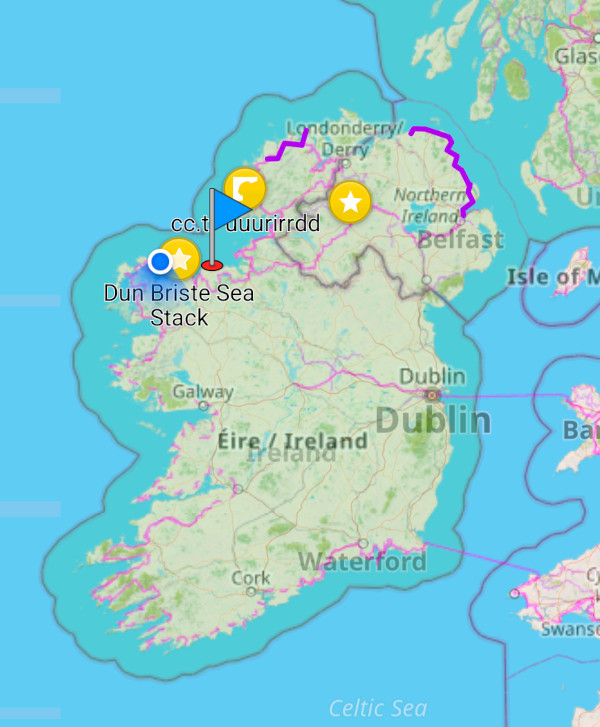 Even though the bed was exceedingly comfortable and clean, and there was no sound at all, I didn’t sleep great last night. I could hear the blood rushing in my left ear and my body was restless from the exercise. Before I went to bed I got a message from Sharron saying that breakfast would be in the kitchen I should help myself when I got up. I didn’t expect breakfast (or dinner) and she said I could leave whenever I liked. She was a wonderful host.

I stayed until about 10AM reasoning I would take it easier today, I checked accommodations, not expecting to find any in my price range but in fact there were were none at all. Everything was booked, there were no campsites where I was going, I already knew this and decided that today I would do my first wild camping. 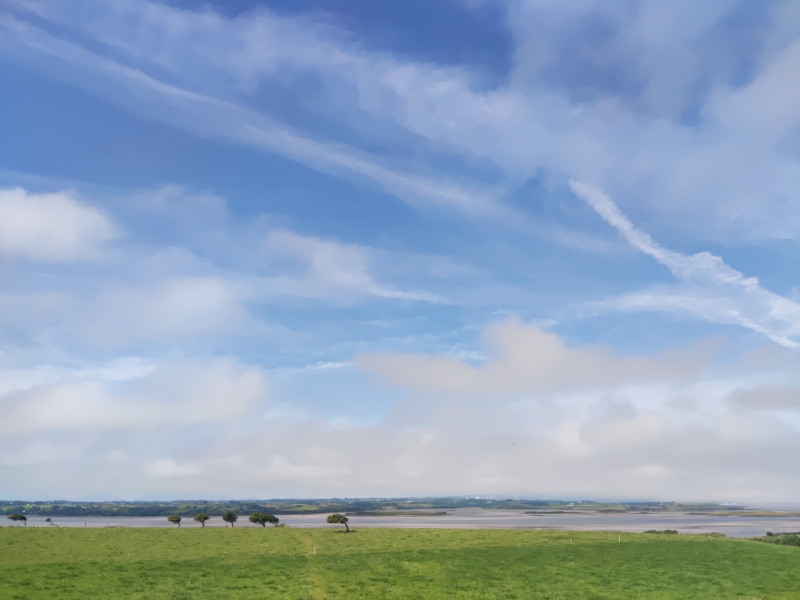 Now I’m sitting on a peat moor with two “mountains” on my right-hand side and rolling hills to my left. Using my binoculars for the first time I can only just see tiny houses and I’m completely alone except for the midges which seem to accumulate around me for some minutes and then go.

Today was another day of relentless sun, but at the very end of the day some clouds rolled in.

I stopped for lunch at Ballina, which was very busy, there was am unexpected and continuous stream of cars flowing through the one-way system of the village. I spotted a sports shop, I needed a baseball cap. The owner was standing in the door way and brought out some caps for me to try on. I found one, I paid for it and made some small talk.

At the top of the road I pulled into a bistro and ordered an egg-mayonnaise sandwich and a Fanta. Then I sat outside and tried to get my left ear-piece working unsuccessfully. Since leaving Berlin only the right ear-piece of my Bluetooth wireless headphones have been working and listening to music from one ear piece is half-the fun, and additionally it’s really quiet, with the result that I haven’t been able to escape the occasional monotony of cycling. 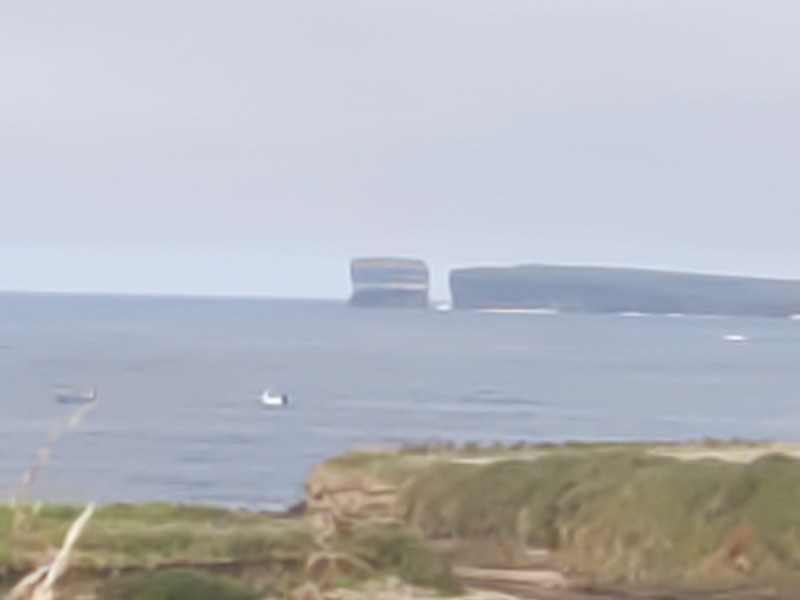 As I went to pay one of the waitresses said something to me which I didn’t understand and I just smiled but afterwards I think I understood the sentence “if you’re staying in town” and I wondered for the rest of the day if she made a proposition to me.

My camp has just been discovered by some walkers, I said hello and the guy acknowledged me but then seemed to ignore me. 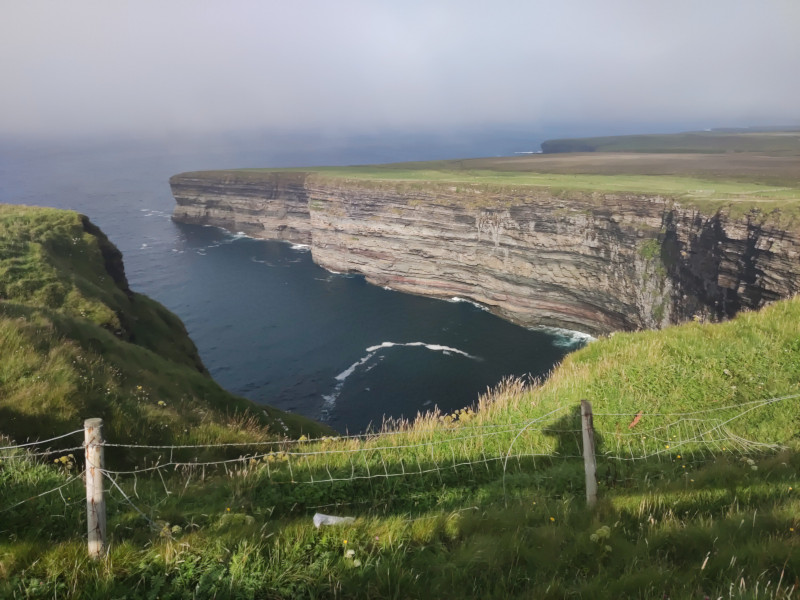 From there the Ballina I made my way along the EV1 to Ballycastle, it was tough and I stopped for a beer on the way. At Ballycastle I was hoping to get some supplies, but the shop was closed due to bereavement. It was about 5PM and I was exhausted, I found an enclosed courtyard garden (not sure if it’s a village feature or part of the pub opposite). There was nobody in it and I sat down and rested, trying to decide what to next.

Sharron’s son had said that there was “nothing” west of Ballycastle (or similar) and I thought I would just cycle in that direction. Which is what I did.

First I passed lots of moor land, and figured I could probably wheel the bike on top, or dive behind a wall of a sheep field, but I couldn’t find anywhere that I thought was suitable. I then passed through a little fishing village (at least there were fishing boats and a little port) there was a B&B which I considered calling in at, but I decided to persevere with the wild camping project.

Finally I passed some houses on my right with moor land on my left and saw a track leading off. I turned off and followed it over a ridge and the track led to some weighed down deposits of peat which had been collected.

It’s almost time to setup my tent. Not the ideal conditions to write a blog post (ideal condition being in a restaurant with a cold pint of beer).