I’m now sitting in the lounge of the Ben Lettery Hostel. This is a big hostel, there are groups and individuals, French, Spanish, German. Mostly French. There are lots of French about in general. For dinner I cooked baked-beans-on toast à la cacouette (baked beans on toast with peanut butter). Peanut butter has previously been trialled in other expeditions and was found to be highly suitable to put into anything. There is a guitar on the wall and there are mountains.

Today was a surprisingly easy day, depite the fact that I got the hostel wrong not once but twice and ended up cycling 140k instead of 100k.

I woke up after a very good nights sleep at the hostel, I was in a different dormitory from the previous night, but I think the snorer moved on, I would have heard him through the wall otherwise. In the 10 bed dorm there was only me and one other person. I had breakfast and noticed something strange: my legs didn’t ache, the rest day had done good. I left without ceremony.

My clothes were clean. I had asked at the bar if they provided a laundry service for the hostel, the bar maid consulted the French work-away volunteer, she thought quickly “if you give me your clothes now. I will wash them”. They were ready the next day, it’s a good thing as I had finally run out of clean underwear (which is important to avoid chronic bum pain).

It was another good day for cycling, it was cloudy but it didn’t rain. I doubled back on myself to recross Achill Island, and I joined the Great Western Greenway. 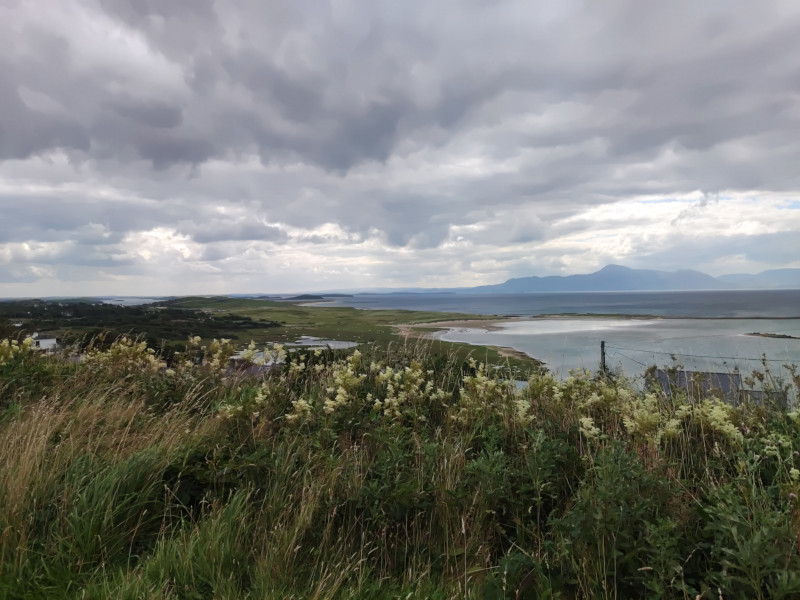 Floating islands in the bay

When I rode into Achill Island I made use of the Greenway but didn’t realise it’s extent. I rejoined it on the way out and traversed it completely, it runs from Achill to Westport. Like many other “greenways” it’s based on an old train line which was built in the late victorian period. It had a great surface, did not incline or decline steeply, and most importantly the wind was behind me, today was windy and I was flying. 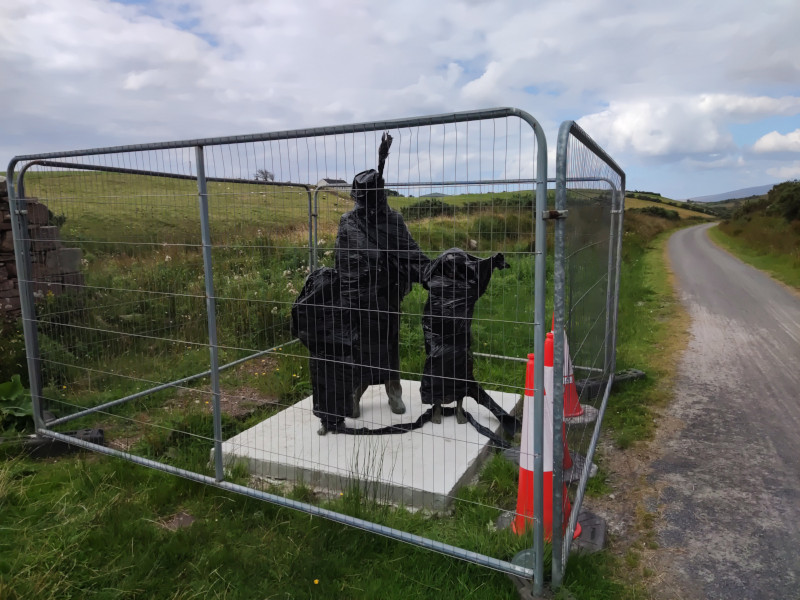 It advertises itself as one of the top 3 cycle routes in the world, and I would have no reason to disagree. The scenery was impressive. I passed many other cyclists going against the wind in the other direction until I almost grew tired of nodding and smiling. There were bicycle pumps at intervals and drinking water too.

There were two options to reach the hostel I thought I was heading to: to follow the main roads, or to follow the EV1. I approached the critical junction and paused. I was not in a hurry, I had made very good time due to the Greenway and the wind. The road which branched off said “Sheeffry Pass”. It added an additional 20k or so to the journey, and I decided to skip it, and I rode past, before thinking again and doubling back and turning off, I had no excuse. 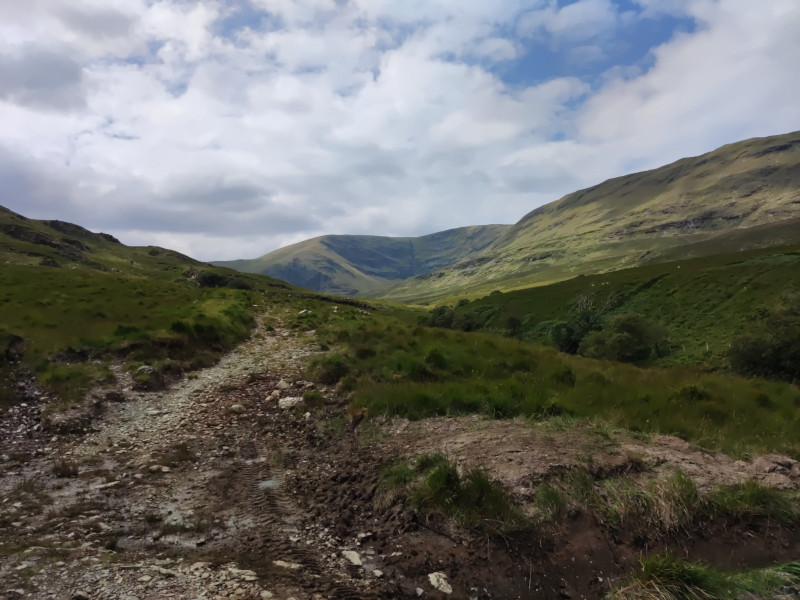 I had expected it to be a tough ride, for it to be the hard part of the day which could potentially pay off through the scenery, but no. It seemed to be down hill most of the way, the wind was still behind me, even the pass presented no problem, it was 200m but I was already at 140m when I started it. 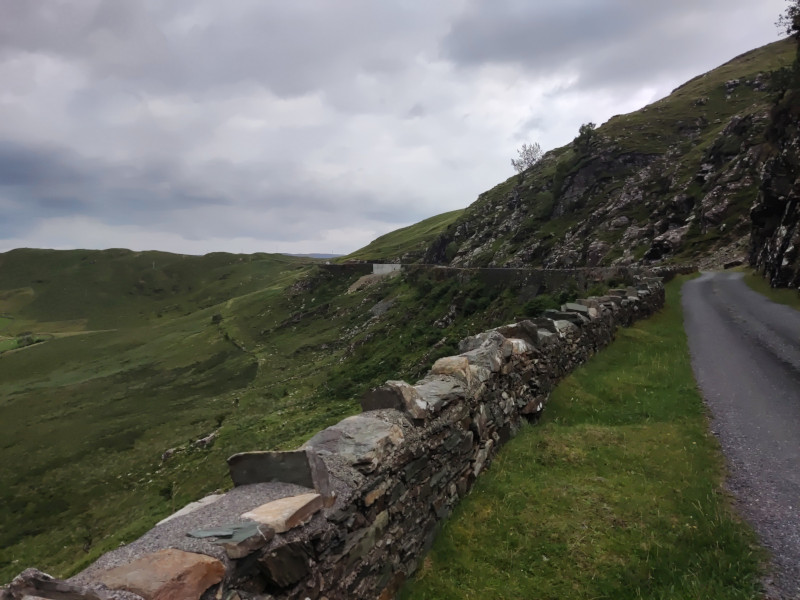 I passed a fjord and turned off into a valley, past a lake and approached the hostel. When I had booked the hostel yesterday I had thought it was the hostel by the fjord, but it wasn’t. I approached the hostel’s location, looking forward to stopping, but there were no signs, just a dirt track. Then it dawned on me: I didn’t check the location of the hostel I booked last night. With an looming sense of fear I checked the location, I was only slightly relieved when I realised it was about 10k further on, also in the “wrong” direction. 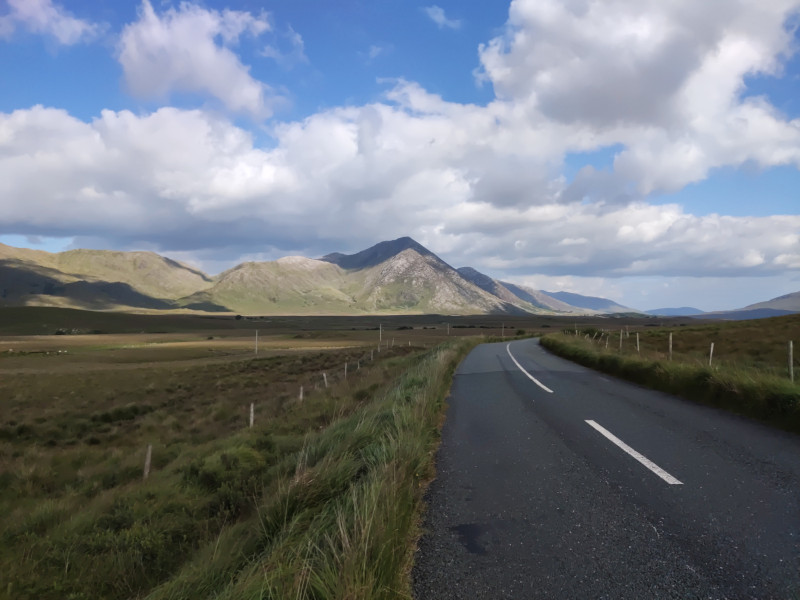 I arrived at the hostel, there were more French people (from Grenoble) and a German (from Munich) also waiting to check-in. I made myself a coffee and waited, once checked in I had a shower and cooked my food and started writing this blog post. 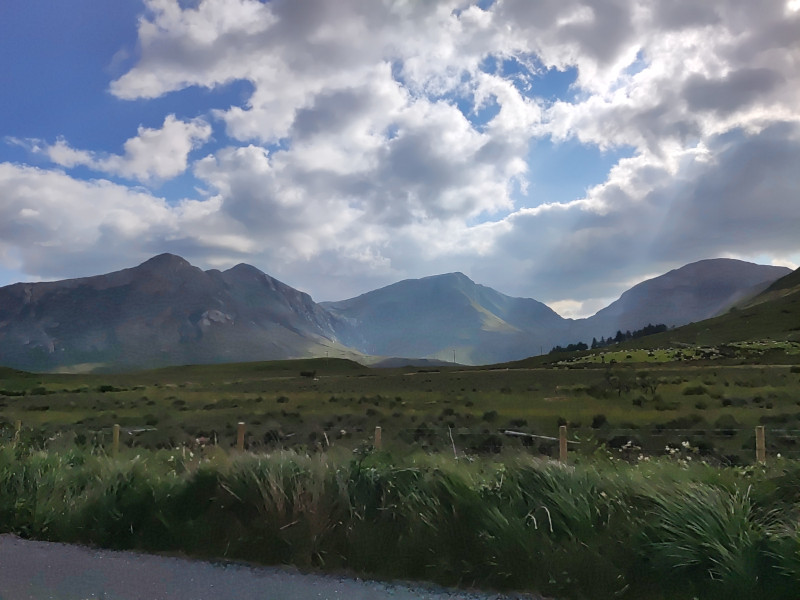