Today was my second rest day. I wasn’t planning on taking a rest day, but the campsite is very comfortable and it has actually been a week since my last rest day, so it’s good timing.

I slept a bit better last night, and didn’t feel ill. I drank a couple of beers which may or may not have helped.

In the morning I made breakfast, stealing a little bit of some unlabled milk from the fridge for my cereal and coffee. After that I spent 2 or so hours working on the “intractable” programming problem I had then decided to go for a 10 kilometer walk.

The walk went through the town, across a bridge, and then up a 400m mountain. I’m not much of a walker, but I got into my stride. As I ascended the hill I removed first my jacket, and then, seeing that there were no other walkers on the hill, my t-shirt (which was getting sweaty) and it found a new place on my head, giving the appearance of a turban. 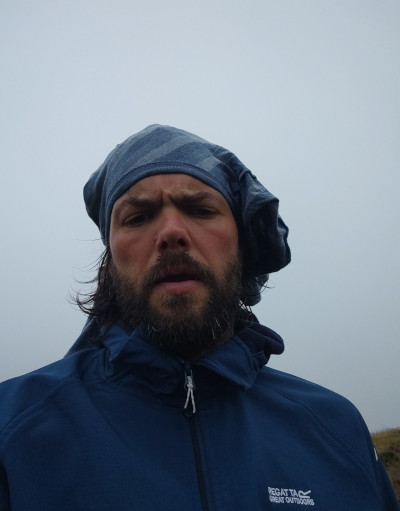 The summit was covered in cloud, but the view just below the cloud line was spectacular. On the way down I felt a strange sense of joy, in the entire 3 hour hike I did not encounter a single other person, just sheep. 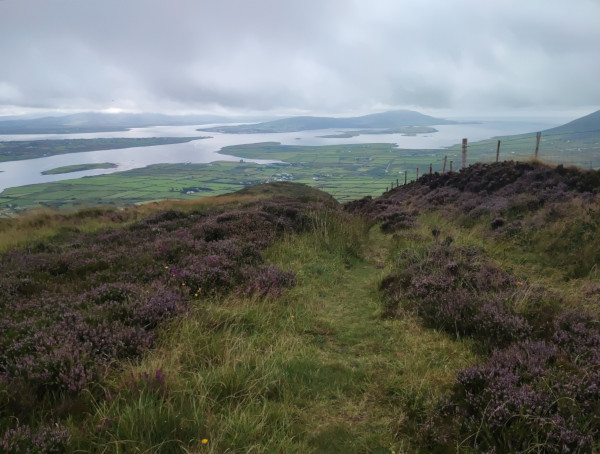 The shops in the town were open, and I found a hardware shop that had both a coffee maker and wireless bluetooth earbuds. The coffee maker was a bit more expensive than I bargined for however, and the ear buds were poor quality, I didn’t buy anything. 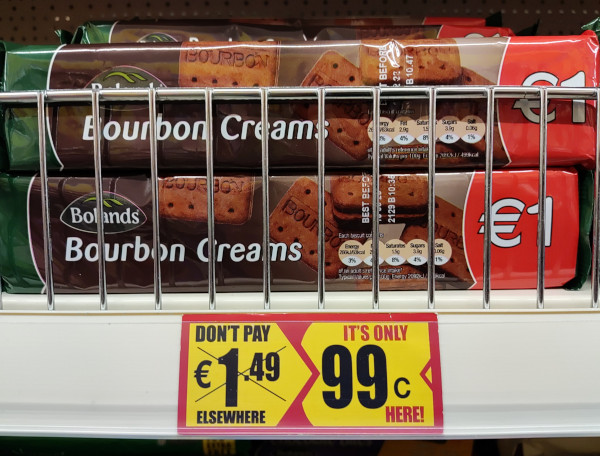 Deal of the year

I stopped at the supermarket and got some pasta sauce for dinner and some pastries.

When I got back I asked how much it would be to use the washing machine “5 euro for the wash, 5 euro for the drying”. I didn’t really feel I could justify spending 10 euro (today wasn’t a day for drying clothes). I still have a few pairs of underpants left and I will likely need to handwash the rest or chance upon another opportunity. My other clothes have remained odour-neutral if not clean. My only t-shirt has several coffee stains.

I played the piano in the music room, I used to know several classical pieces by heart, but since I started learning to sight-read six years ago I’ve forgotten how to play all but one. So I mostly just improvised for about an hour while nobody was watching.

In the evening I sat down and largely finished my programming task, the tests are green but there is still some additional monkey work to do before it’s finished.

I’m tempted to stay here another night, but I will likely move on. The next campsite is at least 120k on the EV1, it looks challenging and there don’t seem I can take any short-cuts. Maybe tomorrow will be another wild camping adventure.