I’m now 70k or so from the Ferry terminal in Roslare, if I can wake up at 8am I should be able to make it to the ferry terminal easily for the 17:30 boarding cut-off. Until I got to the campsite last night I thought it would be at least another 3 or 4 days, but I am now in “get out of Ireland” mode. 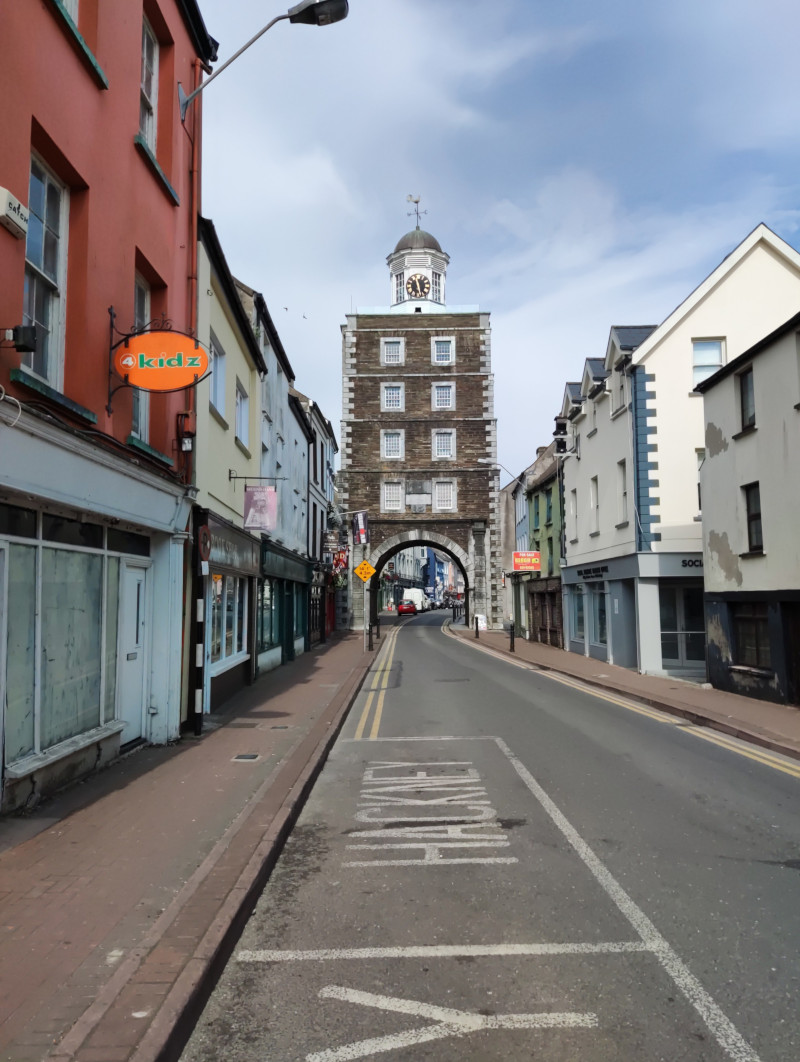 I rose quite late from my tent to see the Austraian girl had just packed her stuff opposite me, I made breakfast - coffee and cereal with water - and proceeded to pack up my tent. I was hoping to have a chat with the girl that had cycled across Europe but it seemed awkward to go over purposefully to start a perhaps unwanted conversation. As it happened she was quite slow in packing and leaving and I managed to say hello as we were both ready to leave, she is finishing her current “tour” in the next town where she secured a job for Autumn.

Could I ride on the busy dual carriageway which I would join immediately after exiting the campsite? The road that ran all the way to Roselare? It turned out that yes I could, and there were lots other cyclists on this busy 100kmph road, which almost always had a hard-shoulder which matched the size of the car lane, giving cyclists (or pedestrians) plenty of safe space. 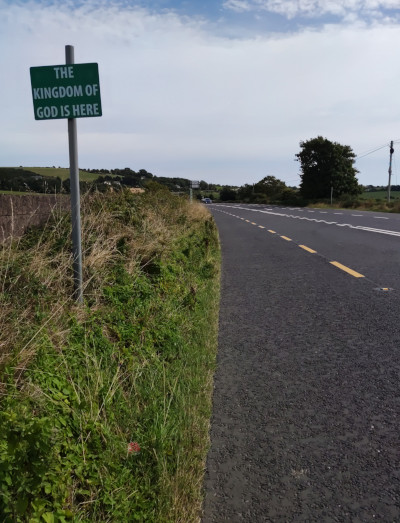 I was going relatively fast, at least for the load I am carrying, innitially averaging 25kmph. Occasionally a road cyclist would overtake me, and after having done so, I noticed that they were not going significantly faster than I was and I passively tried to keep up a good pace. I was listening to Guns ‘N Roses and using what I assume is my new muscular ability to drive my bicycle forward, pushing down on the pedals with the front of my feet, knowing all the while that my pace wasn’t sustainable and indeed after 10k or so my ankle started giving me issues and I had to slow down, and for about 5 minutes questioned if I had just incapacitated myself for the rest of the day, but it cleared up pretty shortly and I took care to pedal more on my left, giving the right a rest.

It was going to be a monotonous day I thought. 110k on a national road with the aim of reaching a campsite near Waterford which would give me the ability to catch the ferry the following day. It wasn’t going to be an interesting day and this blog post would have been short.

As it turns out that only applied to the first 60 kilmometers. When I reached Dungarvan I noticed there was an abundance of cycle hire shops and mention of a “Greenway” - the Waterford Greenway. I looked it up on the internet and it ran along an old rail line for 47k. This was perfect, as it meant that I: 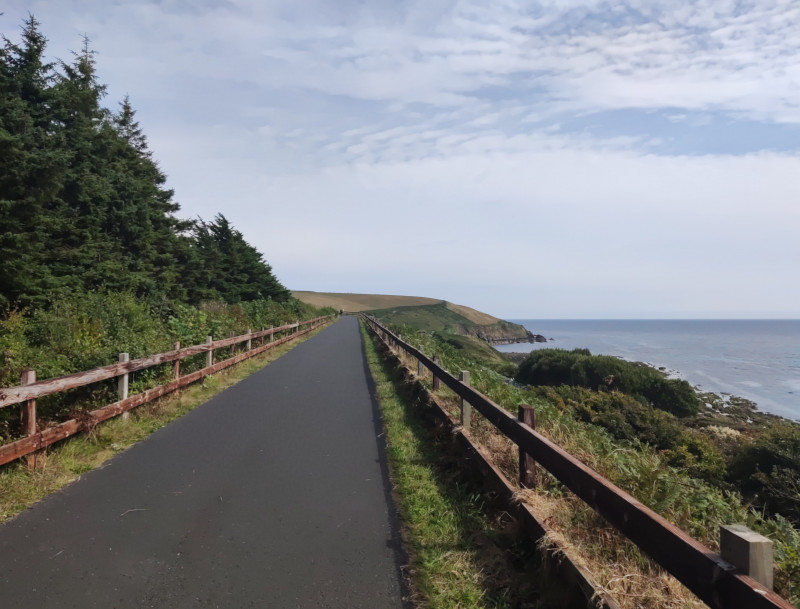 It was as I imagined it, I maintained a clippy 20kmph average for 40k, slipping past numerous other cyclists (only 1 cyclist overtook me). Cyclists came from the other direction in groups, sometimes I wouldn’t see anybody for 10 minutes, and then there would be 10s of them together. 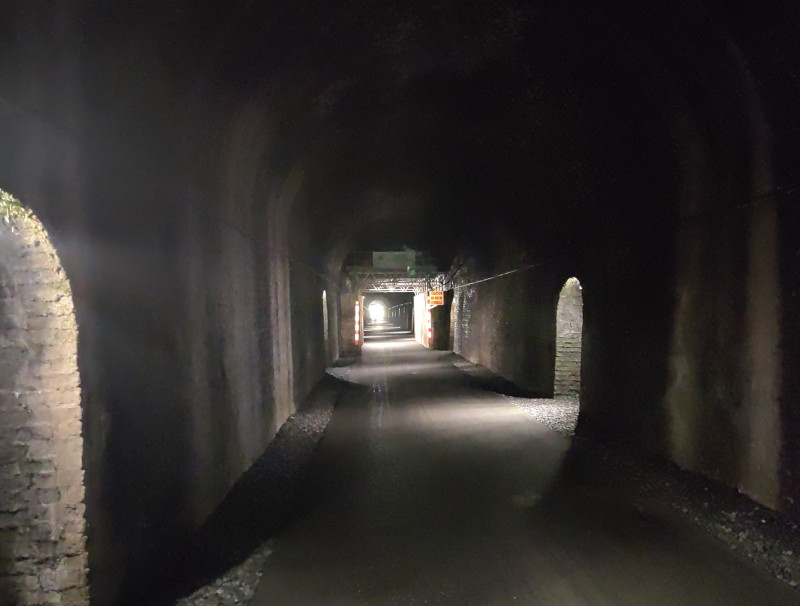 The Waterford Greenway offered a view of the Ballyhoura mountains a 400m tunnel and a vertigo inducing Aquaduct. For extended distances I would attempt to ride no-handed and with my back straight, giving it some much needed relief, but doing so is also a challenge with two unevenly weighted panniers on the front wheel. 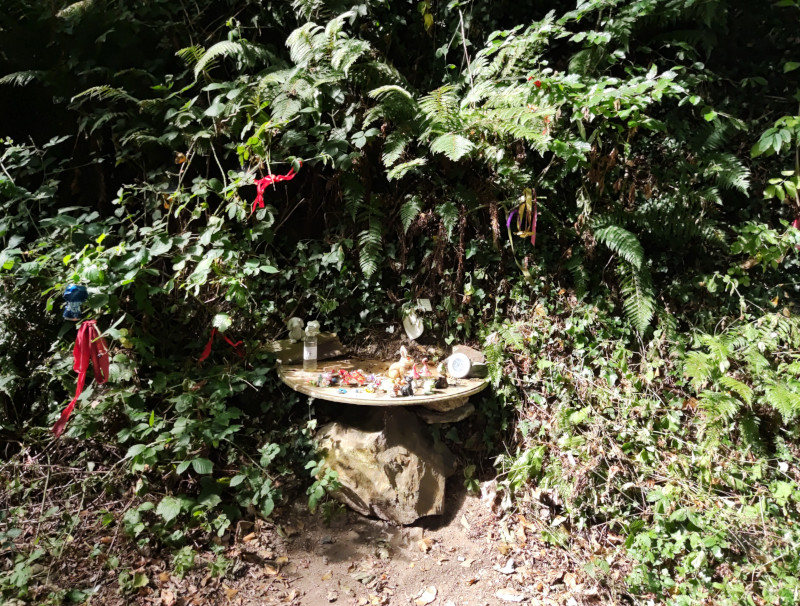 The town of Tramore was the location of my campsite, it was on the EV1 but not on the Greenway which I left 6km from it’s end (or rather it’s start) in Waterford. I had phoned ahead to the camping park to make sure that they were open and what time the reception closed, it seems there were two parks but only this one was to be found on Google or my OSM map.

The campsite wasn’t all I had hoped for for €14 a night. While it had a games room, the games room didn’t have a table that I could work at. It had no kitchen or dinning room either, so I was to cook in my tent again, but today I had no pasta sauce so an post-camping cycle trip was required.

I went down the road to the sea front. It was packed there were buskers playing on the promenade and a funfair with roller-coasters and spinning rides and people screaming and seagulls shitting and fish and chip shops and ice creams.

At the end of the promenade was the supermarket, an Aldi, I found Pasta Sauce, bread, and chocolate, and all at a very reasonable price. I should’ve shopped in Aldi more often. 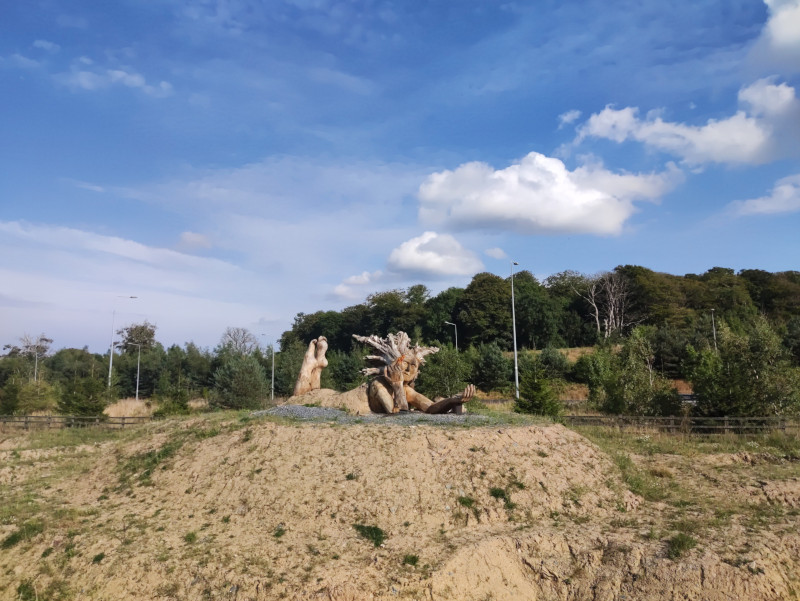 I decided to forgo the shower for €1.50. Most campsite showers in Ireland (maybe everywhere else) cost between €1 and €2 euro a pop for anywhere between 2 and 5 minutes and it’s frustrating, especially when the campsite costs more than average to start with.