I’m sitting in the ferry terminal at Roselare, my eyes are heavy from the early start. I got here with 3 hours to spare. There is free WiFi and power sockets and I added more content to last nights short blog post and had a quick wash in the toilets.

My laundry situation isn’t very good, most of my stuff is damp and nothing is clean. I’m due a rest day and I’m hoping to find a good place in Wales to stay a couple of nights.

This morning I woke, again, in a campsite. I woke at the normal time, 7am, but abnormally I made an effort to get out of my sleeping bag. This effort took around 45 minutes. I had 70k to cycle to get to the ferry port for 17:00 - leaving early would remove the stress. I had my normal camping breakfast: Swedish Instant Coffee (the same coffee from Day 14) and cereal with water, I then packed up and was away by around 8:30. 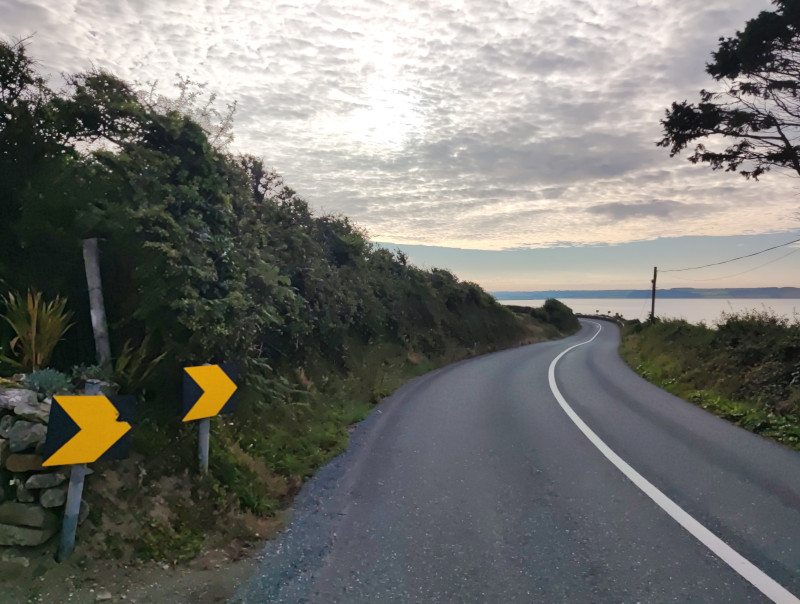 Progress was resonably rapid. I had to negotiate the large Waterford harbor which blocked the way east - navigating to the village of Passage East to get the short ferry to the other side. 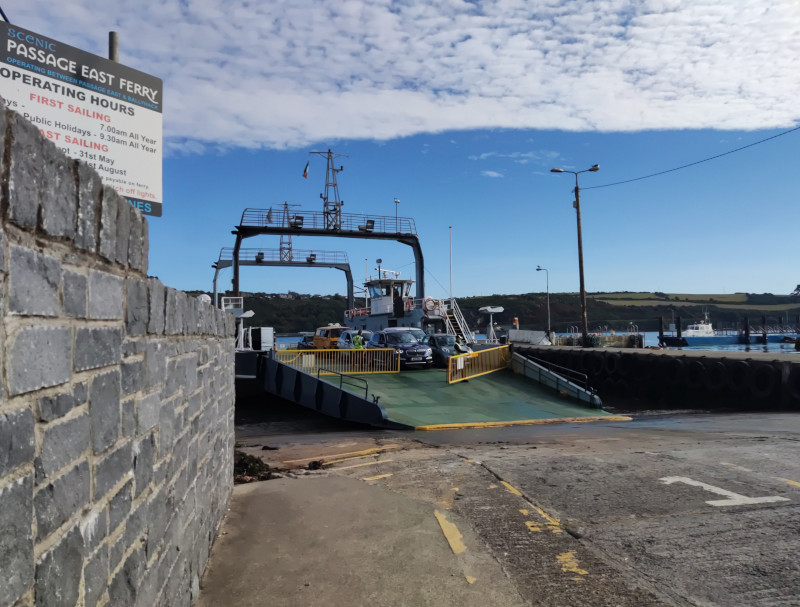 From here I took the most direct route to Roslare, avoiding the EV1 except where it intersected with my route. 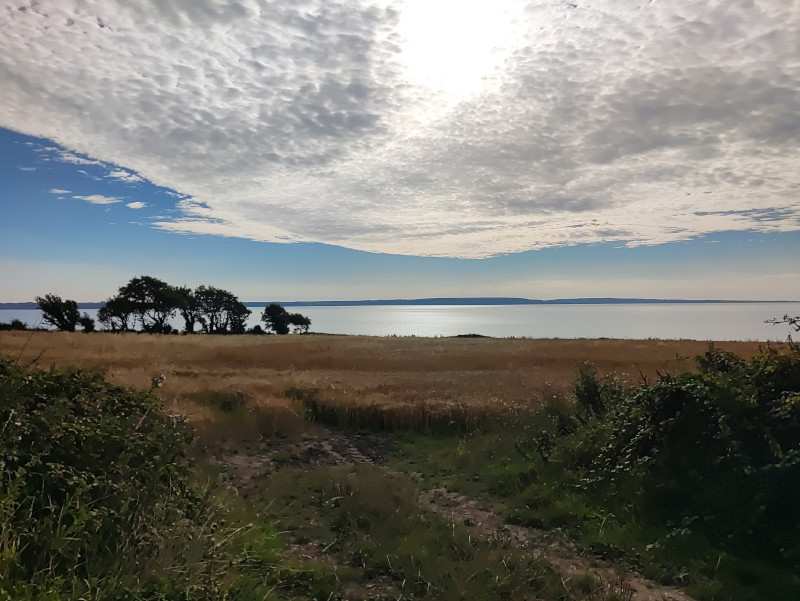 After around 20k, at aronud 10:00, I stopped at Centra for a sandwich, I also hoped it had indoor seating and a customer toilet, but it didn’t. It did have some outdoor seating however. I was hungry and ordered an egg mayonaise sandwhich and got a coffee. I sat on one of the picnic table outside and booked my ferry on my phone, occasionally cursing at how difficult the UX was, at about this time I noticed an older man sitting on the other table, also with a sandwich and a coffee and he engaged me in conversation. We had a nice casual chat about cycling, camping and travelling. “you must be fit” “for one month a year, maybe” “the road to Roslare is dangerous, I wouldn’t ride it” “that’s encouraging!” I replied.

The road wasn’t very dangerous, or at least not the one that I took. It was an easy ride to the ferry port. I considered going to the beach and having a swim

Now I’m sitting in my tent on the Tregroes Camping Park. It’s 11pm and absolutely silent and the night sky is clear and the stars are shining.

The ferry took about 3.5 hours, with an additional 30m waiting for all the other vehicles to debark before the bicycles were permitted to leave. 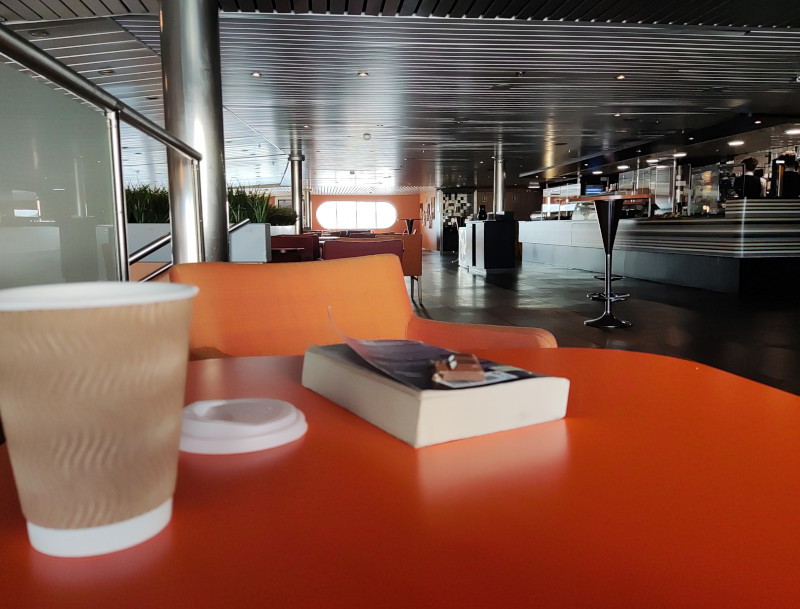 It was sunny when I left Ireland and dark when I exited the ferry. There was a family of cyclists ahead of me and they were being directed away from the stream of traffic, and I followed them only to be called back “you can go with the cars” “oh really?” “yeah, you’ve got lights, they haven’t”. The man stopped the traffic and I pedalled in high gear only for the chain to slip and my entire body dropped to the ground, my crotch to the bicycle frame and my foot scraping the ground, but I didn’t fall off and recovered, hooking the chain back on to the sprocket and continuing.

After leaving ferry port I joined the cycle path. The man who I spoke with earlier at my sandwich stop warned me about the “big hill” when I got into Fishguard. The cycled path steered away from the road and followed it from a dark distance. It was pitch black on the path and I was glad I remembered to bring my front light from Berlin (this being the first time I’ve used it). It’s slightly colder tonight than it has been previously and I huffed up the winding cycle track which led directly to the campsite.

The campsite was quiet, really quiet. I was told there would be a bar, but I could not see or hear anything suggesting a bar, after circling the park I saw a light and peeped through the window to see somebody sitting at a computer. I knocked on the door and a young man opened it looking at me with eyebrows raised “Can I pitch my tent?” I asked “I’ll fetch my parents” he said.

After consulting with his father he confirmed that I could pitch my tent “sorry, I didn’t realise you were closed at this time” “oh no, we never really close. we always get people coming off the late ferry”.

This campsite costs £15 a night and very nice. The toilets have the radio playing constantly at low volume and pages from magazines collaged on the toilet cubical doors.