I didn’t sleep well, I dozed until about 9am then forced myself out of the sleeping bag and made my way to the facilities to have a morning shower, when I returned I made my coffee and cereal and read the news on my phone, packed up my stuff and wheeled the bike off the pitch. The owner was standing close by “where you going today?” “that’s the question!” I said. There was a silence “only you know how far you can go” “100k” I said, before I realised that he thought the question was directed at him.

I left the campsite and started climbing a hill, I didn’t realise that it would be the first of many, the first of a continuous wave of ups and downs that wouldn’t stop for seven hours. My ears were ringing and my right ear was hurting. It was hurting because I put my ear plugs in last night, I put my ear plugs in because I pitched up next to a tent. 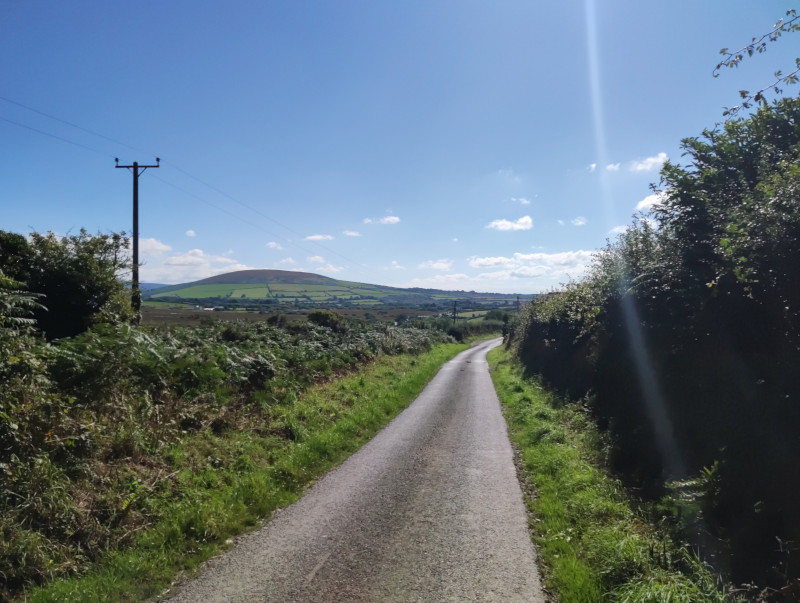 Country lane - one of the better ones

The owners of the tent got in late, and it was only then that I realised how close I was to their tent. They were cosiderate and quiet, but I simply knew that the guy would snore. Sure enough, within 10 minutes, the snoring began.

I put my earplugs in, they are the wax kind - 1 inch cylinders of wax. I pushed them in and they blocked the sound but it wasn’t comfortable. When I woke I took them out and I realised that my hearing still wasn’t as good as it should’ve been, if I rubbed my fingers together by my ear I couldn’t hear any sound. I assumed the ear plugs had compressed the wax in my ears, over the next hour my hearing returned to normal, but my ear is tender, probably shouldn’t have pushed the plugs in as far as I did.

My phone was almost out of power, I plugged it into my battery pack only then to realise that the battery pack was flat. This was a potential problem, fortunately I’m able to plug my phone into my laptop and charge it from that, but I would need to stay somewhere where I could charge my battery pack tonight. 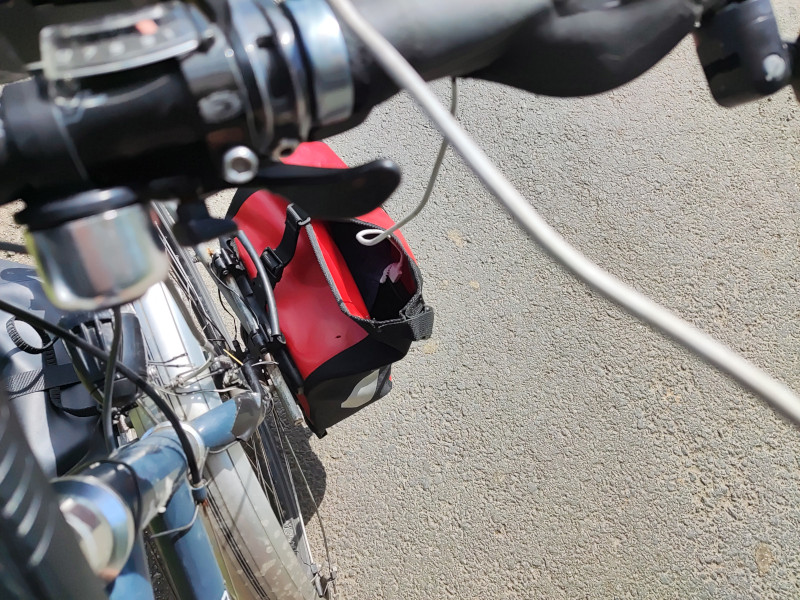 Charging from the laptop

As I was climbing one of the hills I saw a blue plastic sheet on the ground, as I continued I thought “that looks like a ground sheet for a tent”. I doubled back, and it was. Not only that but it seemed to be the perfect size for my tent. Since Day 6 I have been using an unwieldy, oversize, black plastic sheet given to me by the man in the agricultural shop. This sheet was far more suitable and much more compact. 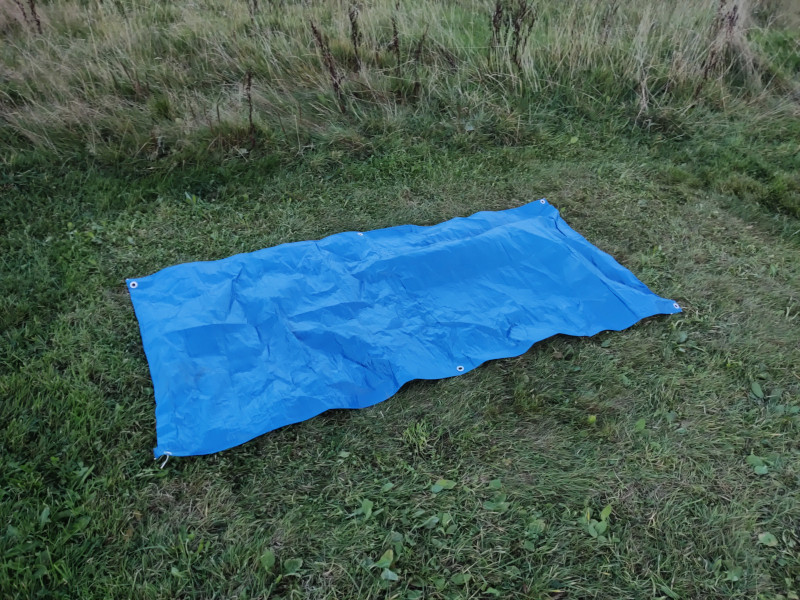 The most scenic part of today was riding along the perimeter the Pebrokeshire Coast National Park. There were numerous monuments to Waldo Williams, a poet, Quaker, Welsh Nationalist and anti-war campaigner. 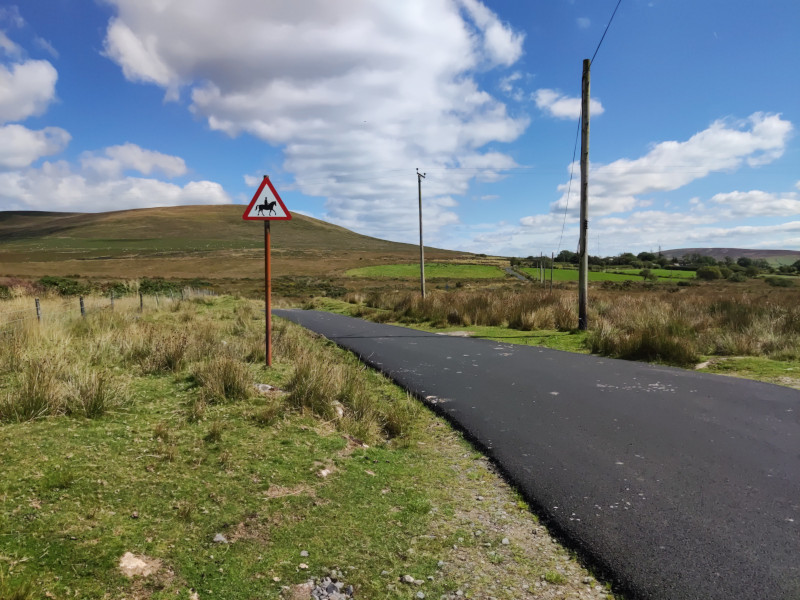 For lunch I stopped in a village, got some chutney and made my own cheese and chutney sandwiches on a bench and drank the Ginger Beer I had purchased when I got of the ferry last night.

The rest of the day was hard. I’d climb a very steep hill, some of the steepest I’ve climbed on this trip, only to get to the top, and have an equally steep descent before being faced with another steep hill. This repeated over and over again. I had to resort to reciting poetry to keep myself from going mad, and I only know 2 poems (Ulysses and The Lovesong of J Alfred Prufrock) so that didn’t last long. I used to know 5 or 6 and could recite for an hour or more. I should learn more. 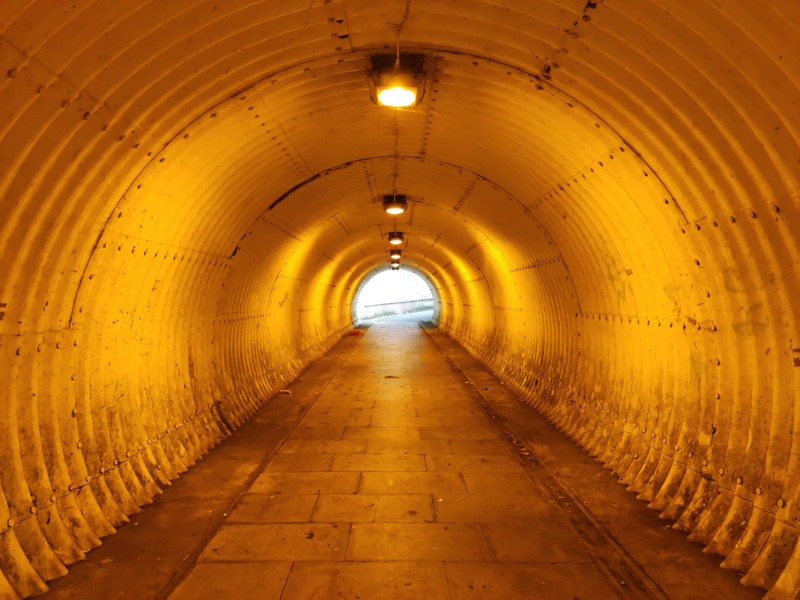 I arrived at my target, Carmarthen. It was my target because it was the town at the end of the torturous Sustrans 47 cycle route. I saw earlier there was an Air B&B for 40 pound, but when I got to the town it was taken. There were campsites further ahead. I phoned one and I was rejected “I only do seasonal camping” “it’s just a small bike” (I didn’t know what seasonal camping was) “if I do that I’ll open the flood gates, sorry take care”.

I tried two others but got no answer and decided to go the nearest one, run by one “Phil”. After cycling a further 14k I arrived. Phil was very welcoming and showed me a place where I could charge my battery pack overnight. “I usually give cyclists and walkers a discount, what’s the most you’ve paid, £30?” “17 euro” “oh you’re lucky, I charge £25 for tents with cars” he charged me £15 including a shower. 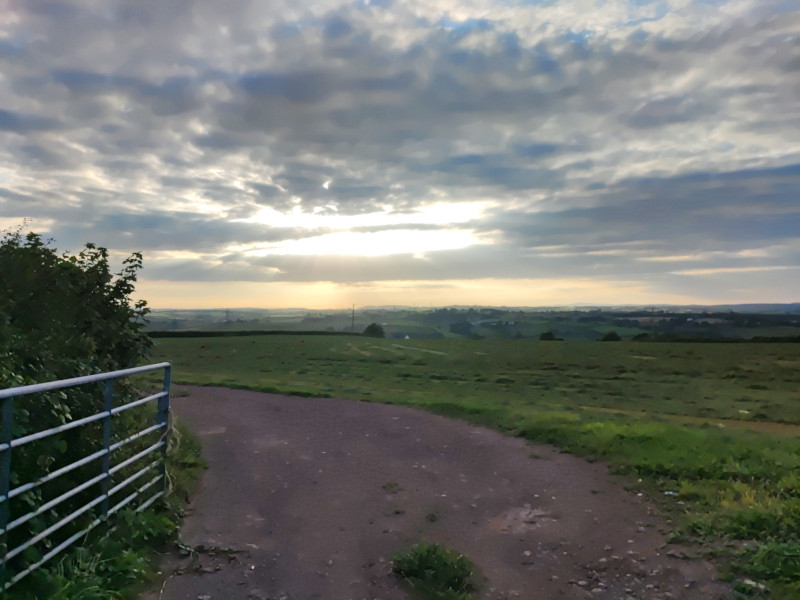 It’s now 9PM and it’s dark. I’m sitting on a pitch, with a good distance from other tents and I’m typing this on a nearby picnic table. The laptop has 30% battery. I haven’t had dinner yet, and I’m not hungry, but I should probably cook something.