This campsite cost £25, which is €28 euro. Phil warned me yesterday that campsites charge this much, but I didn’t expect it seeing as my most expensive campsite in the past 30 days was €17 with the best one of them all costing only €8.50. What do I get for £25? Well I don’t get anywhere where I can plug my laptop in for free. I’m sitting in a small room with a washing machine and sinks and a single power point, which is on a meter which requires 20p every 5 minutes. The guy “kindly” gave me some 20 pence pieces for “free” but I’m sitting here now to make the most of the limited power as my laptop is running low on battery and I don’t have more 20 pence pieces.

Today was very different from yesterday. It was a day which was consistently interesting. 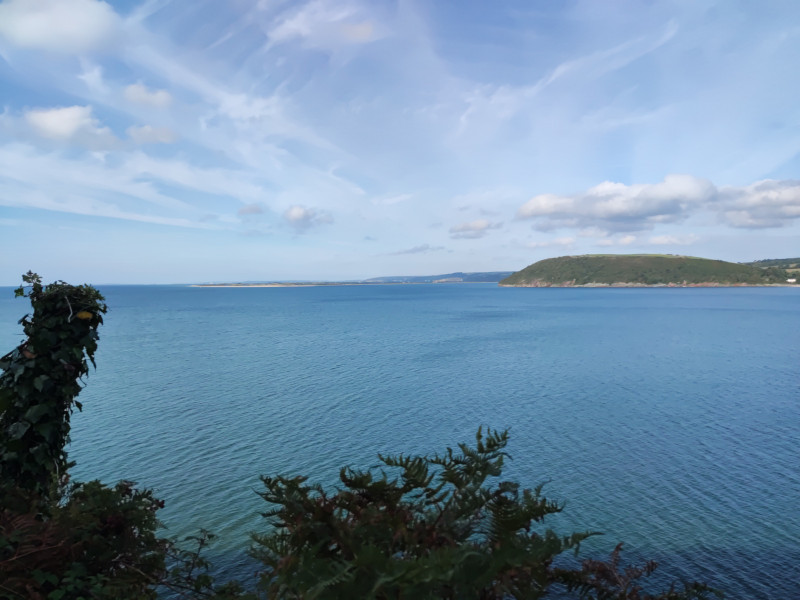 I left the campsite after the usual routines, and joined the EV1 again. Phil (the campsite owner) had told me that the cycle path was wonderful and wasn’t hilly at all. It ran to Cydwelli (or Kidwelly) on a dedicated path. 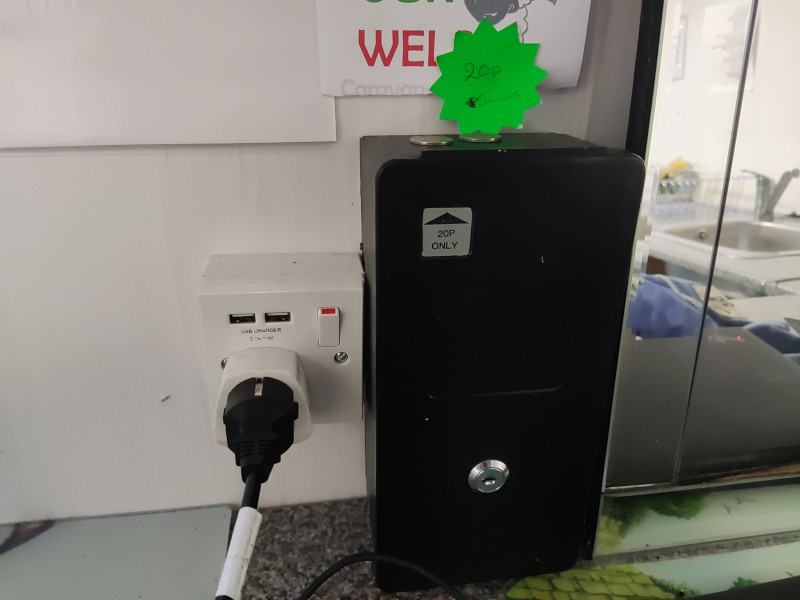 20p for 5 minutes of electricity

Kidwelly had a nice castle which I didn’t get to see as the EV1 ran directly out of town, the next town was Burry Port and I was on the coast. The route ran along an old canal. Or at least, that’s what it said, it took me some time to realise that there was in fact a canal on my left, but it was entirely overgrown and where there would have been water there was a thick layer of algae which almost looked like moss. An old man was slowly making his way down the path towards me as I approached he stood back on his walking stick and traced me as I rode path saying cryptically in a thick accent “It’s a bit cold out there today boss”. It wasn’t cold, it was very hot. I smiled and nodded. 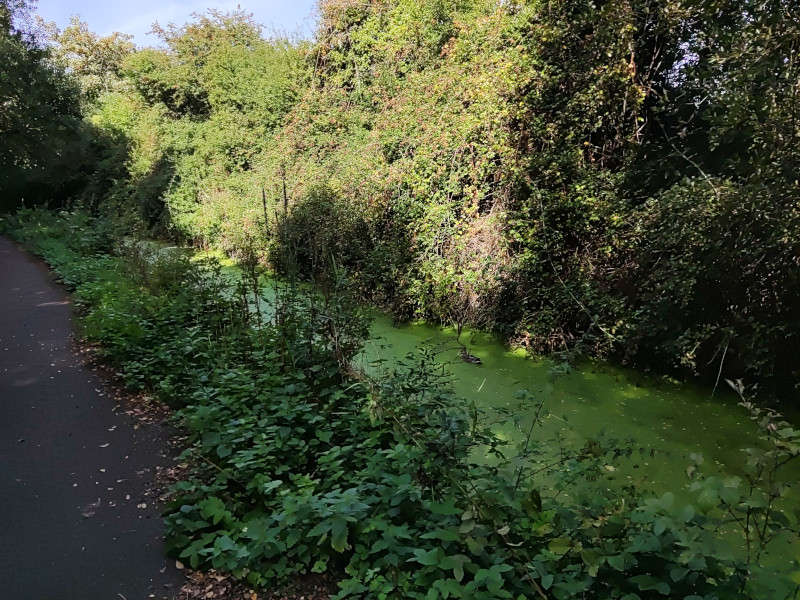 At around 50k I hit Swansea. The last time I was here was about 15 years ago. I was working in Bath, my first software development job, and there was a “Symfony Camp” in the Netherlands - my first conference, my boss encouraged me to go but my passport had expired, with two days to go he let me take a day to go to Swansea to get a new one. I didn’t see much of the town then, and I didn’t see a whole lot today, but I did see the entire seafront. The huge sandy beach which runs for miles. I still have that passport today, but it will expire in a year. 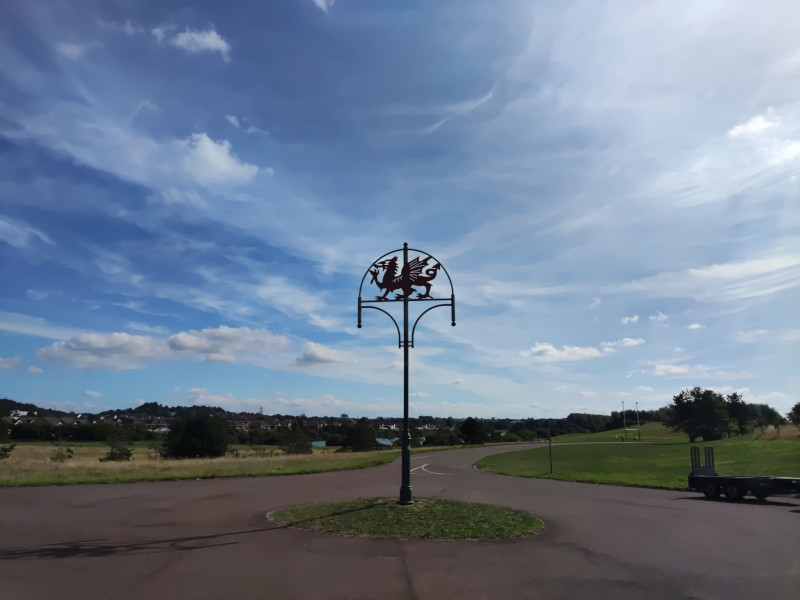 Swansea was also where I wanted to stop and get lunch (or a cooked breakfast) preferably in a cafe where I could charge me laptop. The cafes that I found were too busy, I tried a pub but there were no plug sockets. Finally I just sat down in a park and got a coffee and made my own lunch, hopefully I’d be able to charge my laptop in the evening. 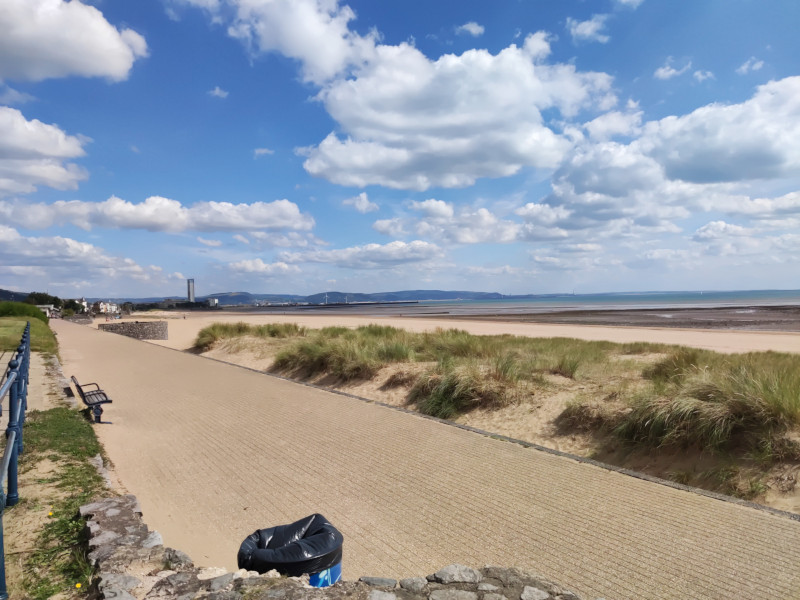 The evening still had to be planned. No hostels, one campsite at around 100k, and an Air B&B for about €40. I decided to go for the Air B&B, I made a request. 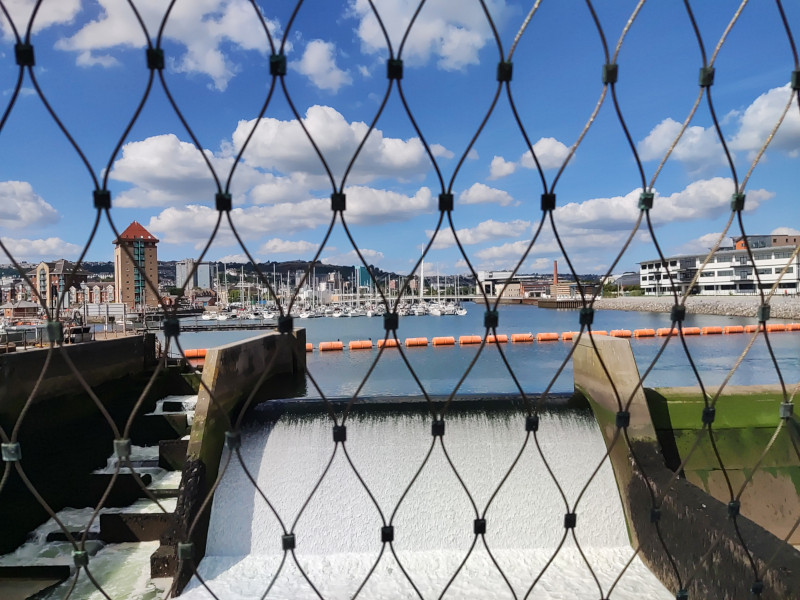 After Swansea, still following the coast, I hit Port Talbot, this town seemed to be 50% seaside resort, again with a great big sandy beach (which was however sparsely used) and one of the biggest steel works in Europe, and the biggest in the UK. 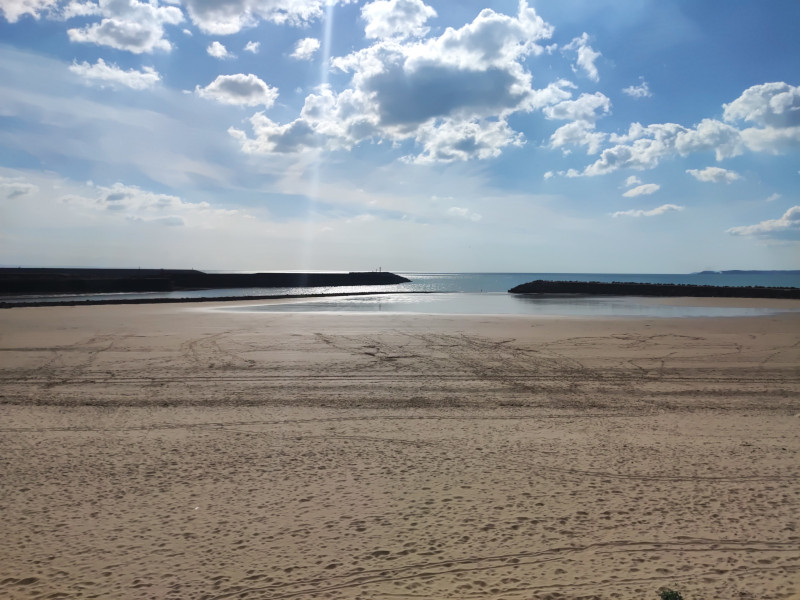 I passed some huge blast furnaces following the EV1 (or Route 4 as it’s known locally) which took me Margam Country Park. On the way in an man, maybe 60 years old, spoke to me. I took my headphones out and listened. “where you from?” “Weymouth, originally” he looked non-plussed “it’s on the south …” “I know where it is! I used to live there, Boot Hill” “yeah, Boot Hill!” “used to live there until my auntie died, then I moved down to the Marina” “oh yeah” “used to work in the Prison there, the Verne, lots of Welsh down there” 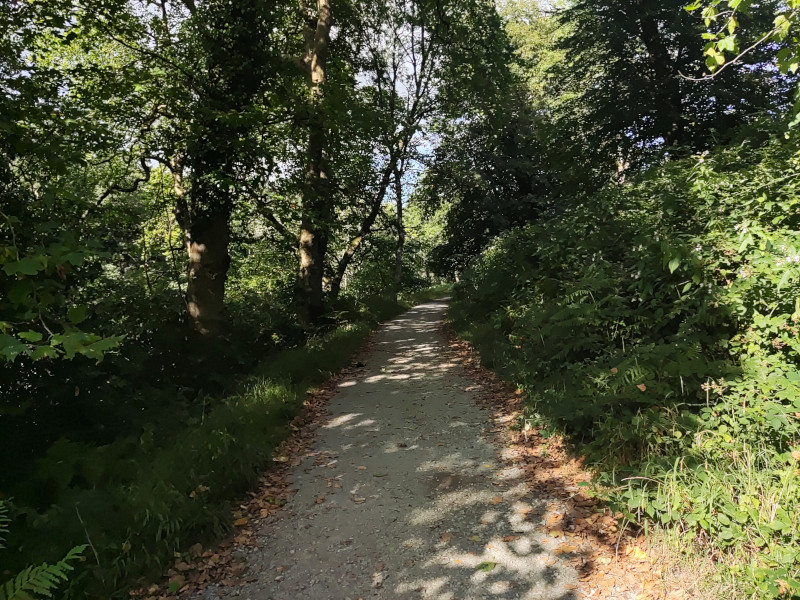 The path through the park was “charming” it had a gravel track and there were bridges and lots of nature. At this point I realised that my Air B&B host had not responded, and I sent her another message. Shortly afterwards she informed me that the room was not available, so I phoned the campsite instead, who said they’d be happy to accommodate me. I saw the price on the website, but assumed, as with all other campsites I’ve ever been on, that there would be a special tariff for cyclists and hikers. I should have asked. 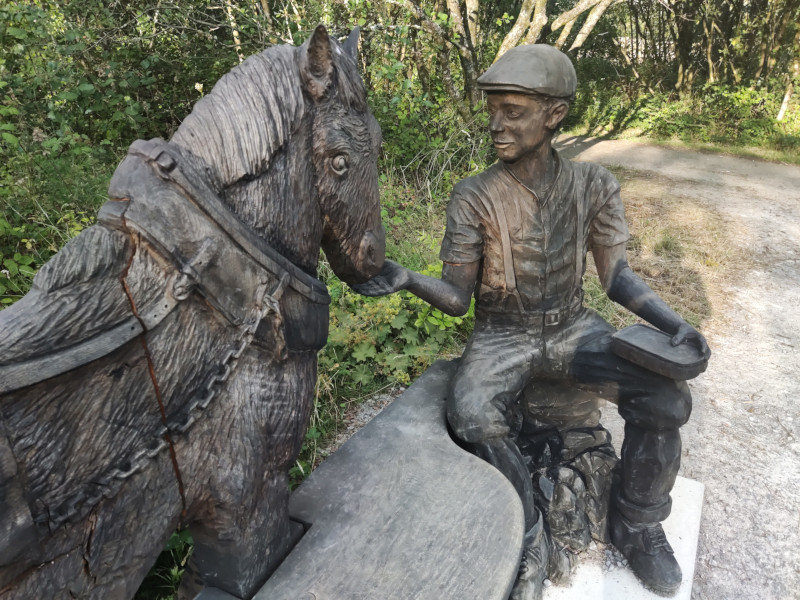 I was a bit concerned that the rest of the journey (still 30k or so) would be hilly, but there was another “greenway” (although not explicitly named so). The remaining journey was mostly quite easy, save for a final big 200m hill before I came into the campsite.

I am now within reach of my intermediate destination: Pontpool. I have relations there which I haven’t seen in a long time. The route I would take is not clear however.